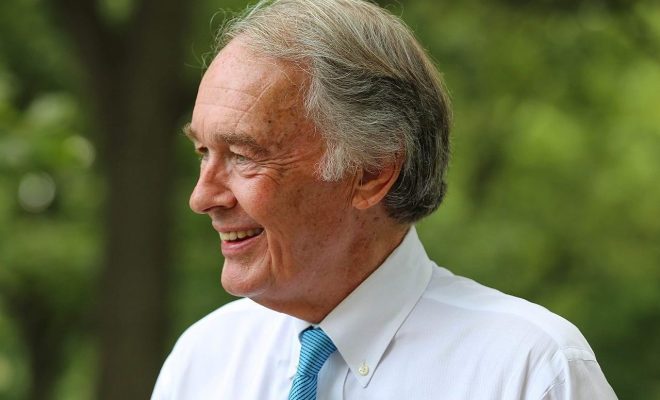 With a handful of Democrats in the U.S. Senate scrambling to protect the proposed climate investments in President Joe Biden’s infrastructure bill, a group of 10 Democrats and Republicans announced last night they had agreed on a scaled-back plan in which the climate provisions are likely excluded or drastically scaled back.

Details of the bipartisan package, which the Wall Street Journal valued last night at US$974 billion over five years or $1.2 trillion over eight, were not available as The Energy Mix went to virtual press. But Biden pitched his original American Jobs Plan at $2.3 trillion, the Journal recalls, “showering money on roads and bridges along with work force development and home care, among other programs. Many Democrats are eager to approve much of that proposal.”

Biden’s version of his American Jobs Plan included $650 billion over 10 years for building energy retrofits, electric vehicle infrastructure, grid modernization, public transit, and union jobs cleaning up abandoned oil and gas wells and mines. The highway bill now before the U.S. House of Representatives currently stands at $547 billion. So it remains to be seen which spending has been gutted by a group of self-styled “middle of the road” senators that includes Democrats Joe Manchin (WV), Kyrsten Sinema (AZ), and Jon Tester (MT), as well as Republicans Mitt Romney (UT) and Rob Portman (OH).

This morning, Climate Nexus is describing the state of negotiations as “one step forward but two steps back”.

The news landed after negotiations between the White House and Senate Republicans broke down, and the Washington Post reported that Climate Reality Project founder and former U.S. vice-president Al Gore had privately cautioned Biden against sacrificing the climate action in the bill. This week, that message was amplified by a group of Democratic senators led by Ed Markey (MA).

“No climate, no deal,” tweeted Markey, one of the sponsors of a 2019 Green New Deal resolution that would have brought the country’s greenhouse gas emissions to net-zero in 10 years by “dramatically expanding and upgrading renewable power sources”.

But those big numbers have gradually been whittled down through a series of negotiations between the White House and Senate Republicans that broke down earlier this week. Now, “faced with razor-thin majorities in both [the House and the Senate] and bipartisan negotiations that have languished for weeks, many Democrats behind the scenes worry climate change has faded from centre stage,” Politico writes. “And they worry about sacrificing what the scientific community says is necessary to stave off the worst consequences [of climate change] to claim a bipartisan victory.”

“The White House and Democratic Congress need to hold strong on real, meaningful, bold, substantial climate provisions that President Biden proposed in his American Jobs Plan,” Sen. Martin Heinrich (D-NM) said Wednesday. That was after National Climate Advisor Gina McCarthy warned that Biden might not be able to deliver an infrastructure bill that includes what Politico calls “all of his loftier climate priorities, such as a clean energy standard”.

But in a divided Senate, he may not get a bill that lacks those provisions, either. With each party holding 50 out of 100 seats, and Vice-President Kamala Harris breaking ties in her role as Senate President, much of the recent news buzz has been about the outsized clout of Manchin, a West Virginia Democrat devoted to protecting his state’s rapidly-collapsing coal industry. But now, climate hawks in the Democratic Senate caucus are emerging publicly as a counterweight to that influence.

“The planet cannot survive another successful Republican obstructionist strategy,” said Markey, referring to signature carbon cap-and-trade legislation he co-sponsored in 2010 that failed in Congress. “We have to have climate at the centre of any infrastructure package in order to have my vote.”

“There is little appetite in our caucus for an infrastructure plan that ignores the greatest crisis, the most existential crisis that we face,” Heinrich said.

“I’m still very anxious, and I’m going to stay very anxious until we have a solid 1.5°C bill and a path to passage,” said Sen. Sheldon Whitehouse (D-RI), whose six-part Twitter thread earlier this week raised concern about the infrastructure bill.

Sen. Michael Bennet (D-CO) said he was “very confident” the Senate would find a path to serious action on climate infrastructure, including a clean energy standard. “In fact,” he added, “I think that’s the only infrastructure bill we can pass out of the Senate.”

McCarthy tweeted a response that quoted previous coverage on Politico: “When @POTUS thinks climate, he thinks jobs. That’s why—and let me quote this article—’the White House [is] fighting to keep every piece’ of the American Jobs Plan and deliver ‘what is necessary to reach its climate target.’ We need to get this done.”

But “several Democratic senators as well as many climate activists say they nonetheless fear that the prospects for climate legislation could evaporate, as they did in the first term of the Obama administration,” the New York Times writes. “After former president Barack Obama vowed to tackle global warming, the White House repeatedly delayed its push for legislation, focusing first on passing health care and Wall Street overhauls.”

Which meant that by the time the Waxman-Markey climate bill came up for debate, well into Obama’s first term, “momentum had waned and the measure failed to muster enough support to merit a vote on the Senate floor. Six months later, Republicans swept into the House majority in the mid-term elections and prospects for climate legislation died for the next decade.”

With direct infrastructure talks between the White House and Senate Republicans now dissolved in frustration, Sen. Chris Van Hollen (D-MD) is saying this week that Democrats should pass a massive infrastructure bill along party lines. “At the end of the day, if we can’t get the Republicans on board, we need to move forward,” he told CNN. “And my view is that time has come.”

Except that that road leads back to Manchin. Earlier in the week, CNN said the West Virginia Democrat had “signaled he’s not ready to give up the talks,” despite severe criticism he’s been taking for enabling Republican obstruction of this and several other key pieces of Biden’s White House agenda.

CNN said the White House was now shifting its negotiation focus to the bipartisan group of senators led by Manchin, while Van Hollen emphasized the need to get the right deal done.

“The most important thing is, at the end of the day, what we pass has to embrace that bold vision that President Biden put forward in both the American Jobs Plan and the American Family Plan,” he told CNN. Biden “has negotiated in good faith, but just like he did with the American Rescue Plan, when Republicans refused to come to the table, we need to do the right thing for the country.”