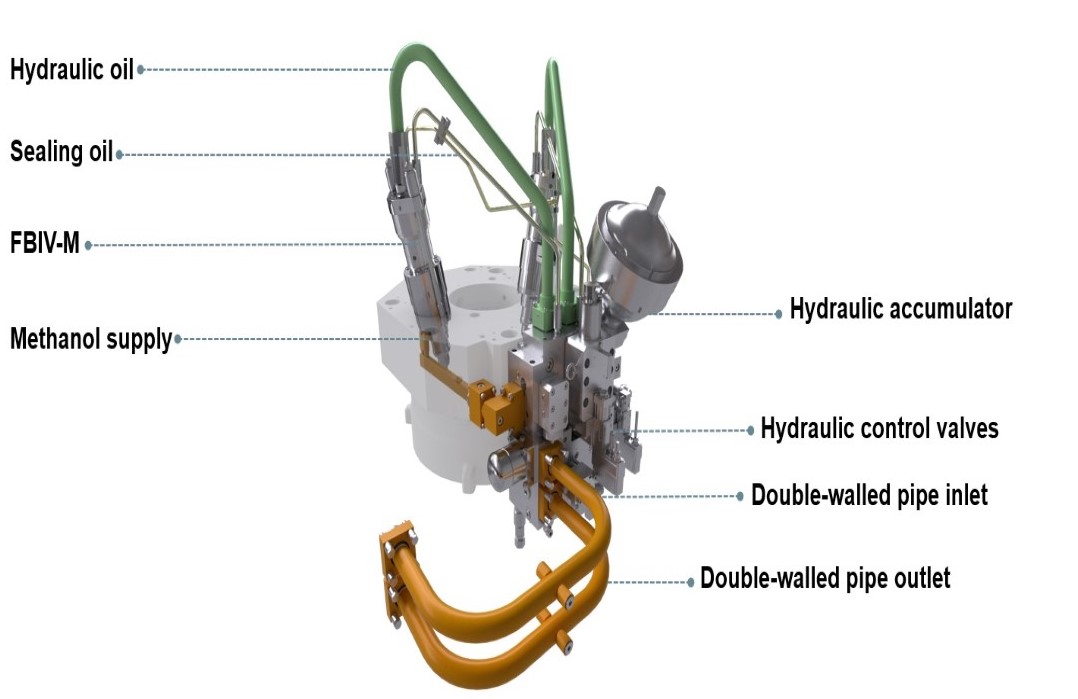 Dual-fuel, carbon-neutral feeder set to sail on green methanol from 2023

MAN Energy Solutions has won the order to supply the world’s first, low-speed, dual-fuel engine to run on methanol within the container segment. Hyundai (HMD) will construct the 2,100-teu vessel in Korea for A.P. Møller – Maersk, the global integrator of container logistics, while HHI-EMD, which has already experience with LGIM engines (8 engines in operation and 12 engines under construction for methanol carriers), will build the MAN B&W 6G50ME-LGIM (-Liquid Gas Injection Methanol) type – also in Korea. The engine will be Tier III-compliant.

Upon launch, the newbuilding will become the very first, methanol-powered vessel that doesn’t carry methanol as cargo. Mærsk has further announced that it expects the new vessel to be powered by green methanol with bio-fuel employed as pilot oil. The vessel is set to enter service in 2023 and will sail in the network of Sealand Europe – a Maersk company- the Baltic shipping route between Northern Europe and the Bay of Bothnia.

Bjarne Foldager, Senior Vice President and Head of Two-Stroke Business, MAN Energy Solutions, said: “Maersk is displaying great leadership in adopting renewable methanol as part of its decarbonisation strategy – and well ahead of its initial 2030-ambition. For our part, we are designing dual-fuel technology that meets the growing customer demand for sustainable shipping chains and, here, our ME-LGIM engine plays an important role. It’s particularly pleasing to see it make its debut within the important container segment.”

Foldager continued: “Our other ME-LGIM references have proven methanol as a clean, efficient and safe, marine fuel that offers a clear path to decarbonisation through significant greenhouse-gas reductions, when produced from renewable energy sources. In general, as we move towards a zero-carbon future, MAN Energy Solutions’ dual-fuel engine portfolio is well positioned to handle whatever alternative fuels the market brings.”

Stay up to date with me at the Methanol, Hydrogen and Ammonia  https://bit.ly/30nwSsd Professionals Group

Dual-fuel, carbon-neutral feeder set to sail on green methanol from 2023