A wind and solar electric grid? That's a terrible idea

"Renewable energy sources – solar and wind – can’t be the basis for a resilient, reliable and affordable electric system, which is necessary for a modern economy.

Both solar and wind are intermittent. Industries can’t plan production if electric power depends on the weather.

Blackouts are unavoidable with solar and wind because the wind can stop blowing strongly, sometimes for weeks, and the sun sets daily and may be blocked by clouds for many days consecutively. Massive storage to date cannot fill in for more than a few hours at anything like an acceptable cost. Blackouts can cost electric customers their lives.

First, as the U.S. has shown, replacing coal-fired generation with natural gas reduces emissions significantly. But the next step is clearly nuclear power, the major electric generating technology that is scalable, independent of the weather and GHG-free. The next generation of nukes is likely to power the future (perhaps along with nuclear fusion), but even the current generation should be considered for development.

And for heaven’s sake, don’t shutter still serviceable nuclear power plants as they’re doing in Germany (and have done in New York State). That’s a way to increase GHG emissions, not reduce them."

A wind and solar electric grid? That's a terrible idea

Once the policy direction has been set, it may remain unchallenged even when shown to be deeply flawed.

Battery storage is getting better and lowercase each year. Hydro is a perfect 24/7 power to help cover the intermittent power.

A COAL or Nuclear power system has to run full output and can't be ramped down and back up to adjust for the low Off Peak need for power. They use a lot of water polluting it and take a lot of fuel to run. They then produce a lot of pollution from their used power.

Coal and uranium are finite resources. Can they be counted on for millions or even the next 100 years like the sun?

So there is a lot more at stake than if a power source is intermittent or not. I feel we need they all used in a sustainable way. Each has the ability to make the others even better. It's not a 1 source answer. We need to work together for a better world for everyone.

"We need to work together for a better world for everyone."

Agree, Jim. Then you'll have to stop spreading misinformation about nuclear energy - claims like "a nuclear power system has to run full output...they use a lot of water polluting it [not sure what that's supposed to mean]...they produce a lot of pollution from their used power...[nuclear can't] be counted on...for the next 100 years." I could refute them again, but others in the Energy Central community are tired of me doing it -  and know better.

"There is a lot more at stake than if a power source is intermittent or not."

Yes, there is. It has to be affordable, and clean. But somehow I never hear people who have to live with intermittent electricity make that claim - it's always well-meaning, grid-connected people, who depend on fossil fuels to generate the electricity they use to keep their lights on, to post their opinions online.

For example: ask residents of Dharnai, India what happened when Greenpeace showed up and wanted to power their village with solar energy.

"DHARNAI, India—One year ago, environmentalists hailed this tiny village as the future of clean energy in rural India. Today, it is powered by coal.

Dharnai, a community of about 3,200 people in eastern India’s Bihar state, had been without electricity for three decades. So when activists with Greenpeace set up a solar-powered microgrid in July of 2014, the excitement was palpable. But, residents said, the problems started almost immediately.

When the former chief minister of Bihar state visited to inaugurate the grid, villagers lined up to protest, chanting, 'We want real electricity, not fake electricity!'

Analysts say the story of Dharnai illustrates how difficult it can be to provide reliable, high-quality electricity to the world’s poor without using the central grid. The challenge is coming into focus as Prime Minister Narendra Modi moves forward on an ambitious pledge to generate 175 gigawatts from utility-scale solar and wind energy by 2022 and increase coal-powered generation. Much of that power would go into the central grid, rather than being disseminated through small, decentralized energy systems.

'If you don’t find bottled water to drink, you have to settle for water from the hand pump,' he said. 'Similarly, when we did not have real electricity, we had to make do with solar power.'" 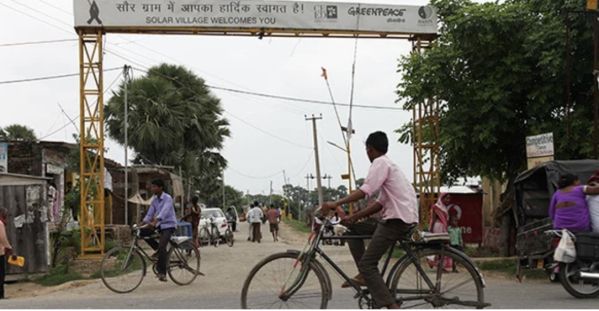 Jim, within the next day or two, I'll be releasing a new post to the Energy Collective group. I don't have a link for it yet that I can give you, but its title will be "Why '100% Renewables' is a dangerous chimera". I'm sure you'll want to rebut it, and I look forward to reading what you have to say.

For a head start on lining up your ammunition, see this post to the Energy Collective by Barry Brook from August 2014, and this paper (PDF) by D. Weißbach et. al. Its title is Energy intensities, EROIs, and energy payback times of electricity generating power plants. My article is largely an update and elaboration on those two sources, so if you can develop a good rebuttal for them, you'll be well along toward rebutting my article as well.

If you succeed, great! I'm a scout, not a soldier. My commitment is to developing a true map of the territory, not defending a particular viewpoint against all attack.