"Colorado’s coal country is preparing for the day coal-burning power plants are phased out for good. Communities are promoting tourist destinations, offering new job courses for workers and even converting the power stations to melt salt to store renewable electricity.

Some leaders in Pueblo, home to the state’s largest coal-fired power plant, are thinking of going nuclear.

'We’re looking at everything that would be considered clean energy, including nuclear,” County Commissioner Chris Wiseman said. “I think the technology has changed in a way that we need to take a very hard look at it.'"

To compete in a world economy, a local steel mill will need reliable energy that doesn't disappear on cloudy days.

Love reading your comments... for some reason this one evokes memories of the Jefferson Airplane song - "White Rabbit".

But for now let's leave this fantasy world and get back to reality.  First, what has happened in Colorado over the last decade. 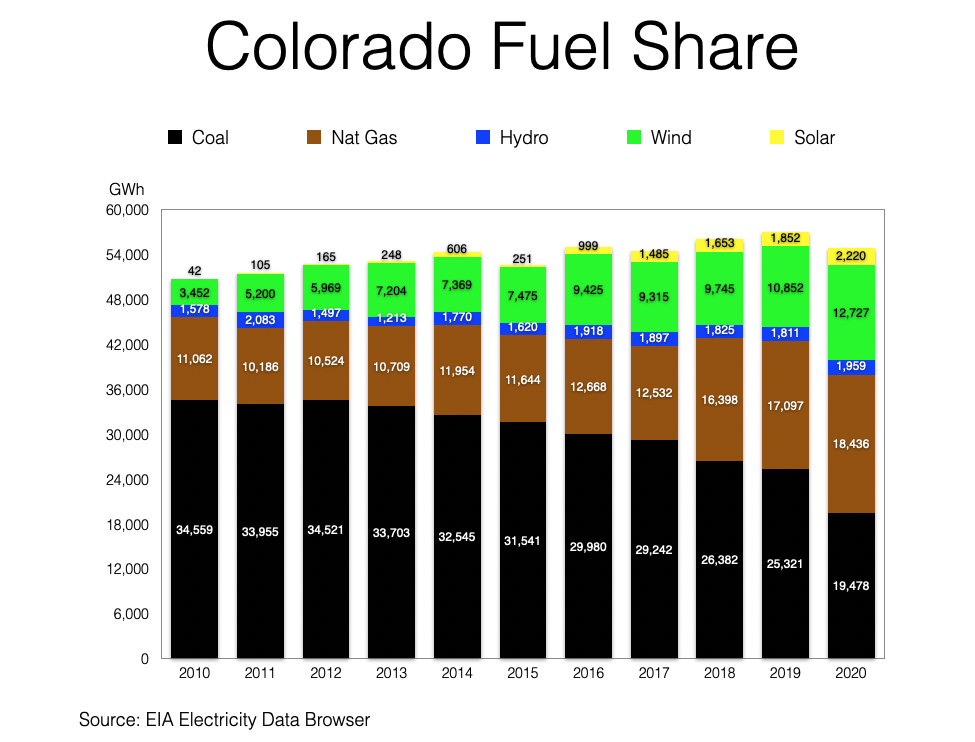 Coal fuel generation has dropped dramatically and more than 1GW of coal capacity has been retired.  This has been accomplished primarily through increases in wind and NG with a little help from solar.  Zero help from nuclear.

Second, your article mentions that the coal unit that you hope will be replaced with nuclear - Comanche Unit 3 - might retire early - in 2040.  If they replace this 750MW unit with nuclear that would be great, but what about the rest of the coal in Colorado.  What happens to that capacity/generation in the meantime?

Below are the planned dates for retiring those units. You can get this from EIA - 860 monthly data - spreadsheet format. 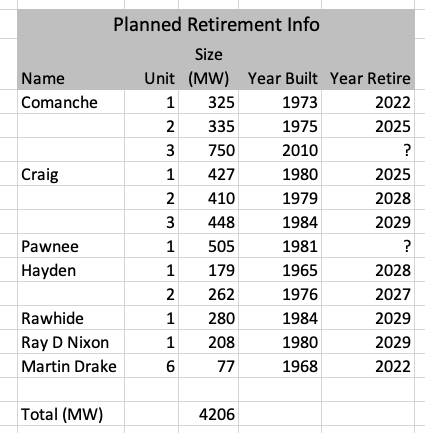 So really, other than the unit you mentioned and the Pawnee unit - all of the rest of Colorado coal will be gone by 2030 - a full decade earlier than the proposed closing of Unit 3 at Comanche and its possible replacement with a nuclear unit.

What kind of generation is gonna replace those units? My thinking on this -  17,000 GWh of renewable generation in 2020 will double by the end of the decade. This will replace most of the coal generation.  Below is the "down payment"  of new renewable capacity to help accomplish this. 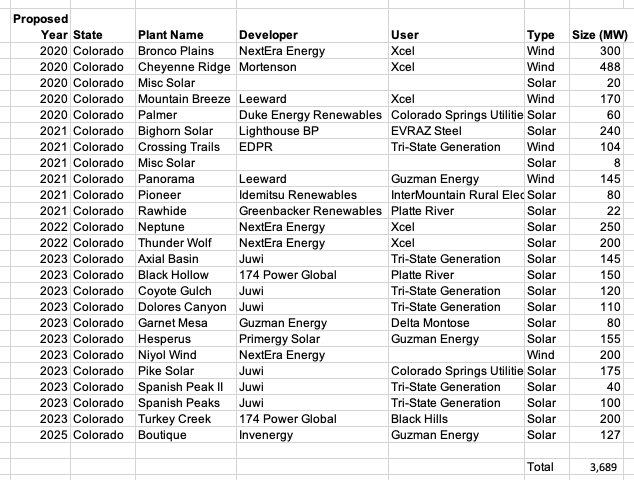 These are all signed contracts. There are also plenty of RFPs for 2024 and later.

Let's recap where things will stand in Colorado in 2030.

If that is the status in 2030 - will you be calling Colorado a "Clean Energy Leader" ?