Will the climate crisis force America to reconsider nuclear power?

The Diablo Canyon nuclear power plant lies about 200 miles north of Los Angeles on California's central coast. Its twin reactors sit between the Pacific Ocean on one side and emerald hills on the other. The Golden State’s only remaining nuclear plant provides nearly 9% of its electricity generation, and accounts for 15% of its clean-electricity production. Yet despite California’s aggressive climate goals and a national push to reach net-zero emissions by 2050, Diablo Canyon is set to close down by 2025. A new report from researchers at Stanford University and the Massachusetts Institute of Technology (MIT) reveals just how detrimental that would be.

Enjoy more audio and podcasts on iOS or Android.

Diablo Canyon came online in 1985 and has operated without incident. But the plant is controversial. Diablo sits near several major fault lines, and locals have long feared that an earthquake could trigger a nuclear disaster. America’s Nuclear Regulatory Commission (NRC) ordered utilities to evaluate their plants for flooding and seismic risk after the meltdown at the Fukushima Dai-ichi nuclear plant in Japan in 2011. Diablo Canyon was found to be safe.

Even so, in 2018 the California Public Utilities Commission approved a proposal put forward by Pacific Gas & Electric, the state’s largest utility and the operator of Diablo Canyon, and environmental and labour groups to close the plant. PG&E argued that there was reduced demand for nuclear power because of the promise of renewables, such as wind and solar, and the growth of “community choice aggregators”, which allow local municipalities to decide where they get their power from."

Will the climate crisis force America to reconsider nuclear power?

Reaching net-zero targets will be much harder without it 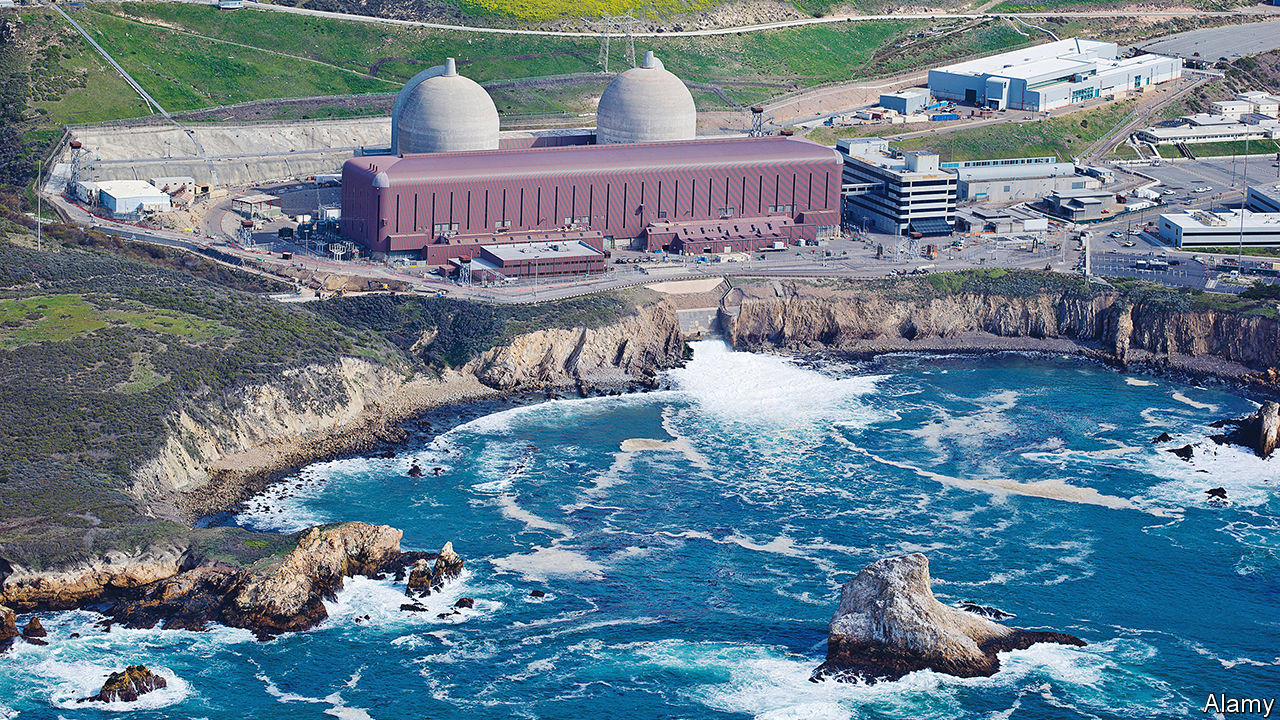