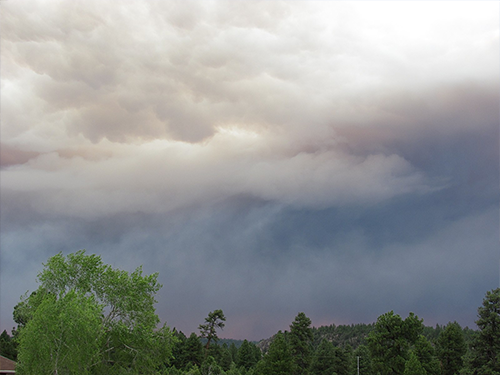 A recent analysis of California’s devastating 2020 fire season has confirmed something long suspected: wildfire smoke does have a negative impact on solar panel output.

“Last year ranked as the worst for solar production since 2001 in parts of California’s Central Valley, according to recently-released analysis from Clean Power Research,” reports Canary Media. In fact, the first two weeks of September 2020 saw solar generation on the state power grid drop 30% below the summer average, and by up to 20% from 2018 and 2019 levels in early October. That’s because smoke in the air blocks out the sun, while leaving a sooty residue on the panels that further reduces their ability to absorb the sun’s energy.

“Over the whole of September 2020, the Central Valley and Oregon’s Columbia River Basin experienced a 20% drop in insolation, a measure of the amount of sun reaching solar panels,” said Patrick Keelin, lead product manager for Clean Power Research. “That’s a very big number.”

Hampering the solar sector’s response to this challenge is a lack of data. While teams involved in solar production are doing their best to assess risk and predict output, said Matthew Muller, an engineer at the U.S. National Renewable Energy Laboratory, the process is “very imperfect right now.” Worse, changes in wildfire conditions and other climate factors are shifting the variables NREL uses for its calculations.

“How do you take something like wildfires and bring that into the picture when you don’t have a very good picture in the first place?” he asked.

One possible solution? A 2019 MIT study found that building even more solar would compensate for wildfire effects, Canary Media writes.

“Decarbonizing electricity is probably the first thing we should do to put a lid on global warming,” said study co-author Ian Marius Peters.