In a state where the market share of electric vehicles is approaching a whopping 9% as of December 2018[1] (nationally figures are closer to 2%), it’s no surprise that the California Public Utilities Commission has been heavily engaged in the herculean effort to electrify transportation.

For an agency that end-users don’t necessarily see or hear from directly, the CPUC, and its regulatory work overseeing Investor Owned Utilities’ (IOU) planning processes for transportation electrification are inextricably linked.

“To meet the state’s greenhouse gas reduction goals, it is imperative to reduce carbon from the transportation sector,” says Terrie Prosper, Director of the News and Outreach Office for the CPUC. “As the state’s electricity grid becomes greener, transportation electrification can play a key role in achieving those emissions reductions.”

The CPUC works hard to ensure state IOUs are complying with both greenhouse gas targets and overall electrification safety standards.  But the agency’s efforts are leading to an even more weighty outcome; the increased adoption of EVs and PHEVs on California roads. This has been made possible by the CPUC’s regulation of member IOUs in the following areas:

When the state legislature enacts energy efficiency targets and California IOUs devise transportation electrification programs, the CPUC ensures those programs align with legislative standards. The CPUC does so in close coordination with other state agencies including but not limited to the California Energy Commission and the California Air Resources Board. 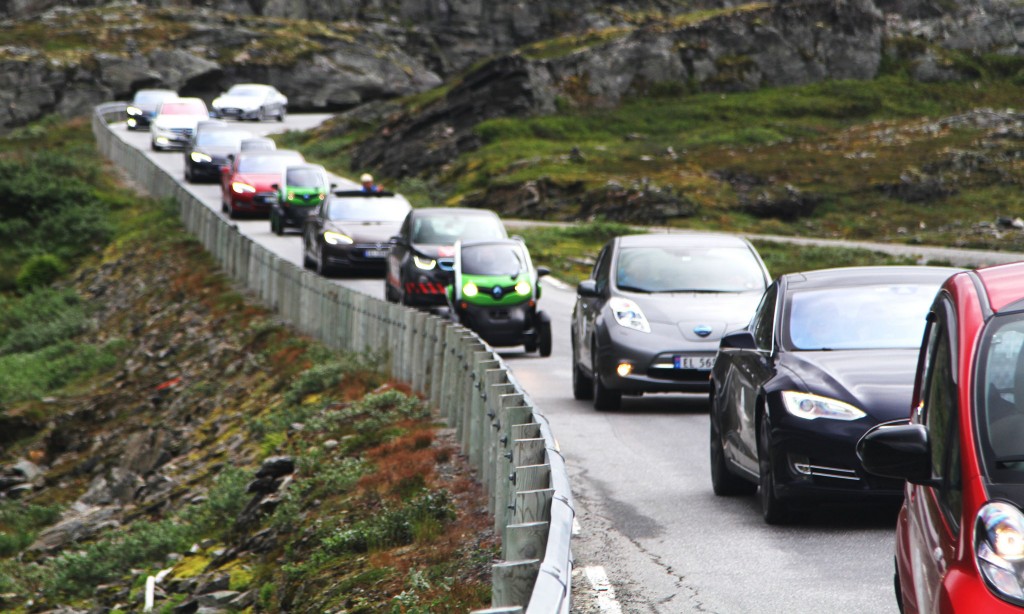 According to the CPUC’s Prosper, “Six (IOU) applications are under CPUC review with budgets totaling nearly $1 billion in new investments in incentive programs and charging infrastructure.” These applications are focused on everything from EV rate design to a more unified rulemaking process for future IOU electrification proposals related to EVs. Here’s a closer look at some of the key areas:

If EVs can’t operate without being charged, then the charging rates drivers pay at home and at public charging stations must be reasonable and attractive enough to create real buy-in. The CPUC has approved time-of-use (TOU) energy rates for residential customers at 5 key utilities in the state for the charging of their EVs; including PG&E, SCE, SDG&E, Bear Valley and Liberty Utilities. “Off-peak” TOU rates allow EV drivers to fuel their vehicles for less than the equivalent cost of gasoline[2]

In June of last year, the CPUC issued a new directive (D.18-05-040) approving four new EV-specific rates. One of those rates is San Diego Gas & Electric’s residential grid integration rate [SC1] [SC2] for those participating in the utility’s charging rebate program. This dynamic rate goes a step beyond fixed time-of -use pricing. The rate varies daily based on pricing from the California Independent System Operator (CAISO) day-ahead electricity markets.  This has the added advantage over TOU rates of more accurately reflecting the true price of electricity based on supply/demand factors and the availability of utility scale renewables.

While there’s a lot of fanfare around residential rates, commercial fleet electrification is showing more growth in the medium and heavy-duty segment (MHDV). Navigant Research reports that over the next decade, MHDV fleets in use by heavy hitters like DHL, UPS, FedEx and several city and bus fleets in China will be partially or fully electrified. On that path, Southern California Edison (SCE) has three commercial EV rates geared towards commercial drivers that have either adopted electric vehicles or that host charging stations for other end-users to utilize[3].

SCE has been authorized to offer these rates with a five-year holiday from monthly demand charges. [SC3]  Demand charges that are fees that are used to recover the IOUs costs associated with the infrastructure to meet a maximum monthly demand, and are in addition to the cost of electricity. The demand charge holiday will ensure more participation from the commercial side but will be phased back in after 5 years.  For a deeper dive on demand charges charges click here.

As for future rates in the pipeline? In November 2018 PG&E proposed a new commercial EV rate class that bill customers a monthly subscription fee based on the total load in kilowatts associated with EV charging. The plan is for this subscription charge to replace demand charges and the subscription rate would be paired with a TOU volumetric energy rate that offers lower prices for off-peak charging. [i][4]

Since charging infrastructure is foundational to EV growth, utilities and regulators are making those investments more of a priority. In January of 2018, the California Public Utilities Commission approved 12 new electric IOU infrastructure pilots pursuant to SB 350 with budgets totaling $43 million.[5] A listing of key pilots in the works are below:

Three electric IOU infrastructure pilots are currently underway in the state of California with the goal of supporting up to 12,500 public charging stations (mostly level 2) with a combined budget of up to $197 million.  With a growing set of drivers able to charge their vehicles at home, at work, or at public charging venues, with level 2 chargers and DC fast charging abilities, the road to electrification is becoming more direct and accessible.

In the past 5 years, investor owned utilities have proposed more than $2 billion in transportation electrification programs, of which the CPUC has already authorized $1 billion in spending. The other $1 billion are still under CPUC review. The California IOUs have largely been proposing their electrification programs through individual applications which then launch their own set of proceedings that require public review and feedback from the traditionally diverse stakeholder base at a large utility. Both the high volume of these individualized applications, and the proceedings that are triggered by them have slowed down the approval process. A better approach would be to adopt a more structured framework that provides utilities’ guidance for how and when to submit applications that will be developed through a pending Energy Division staff proposal and a broad public stakeholder process.

According to Prosper, “The ongoing submission of one-off program applications has prevented the CPUC and the utilities from focusing on critical issues beyond infrastructure investments.” These other opportunities include identifying the most appropriate rate structures to manage the additional load from zero emissions vehicle (ZEV) charging and the potential to create value from managed ZEV charging.

To address this head-on the CPUC launched a new rulemaking (R.18-12-006) designed to create a more common and comprehensive framework for Investor owned utility investments in transportation electrification in California.  This will guide IOUs on the next chapter of policies and programs supporting California’s ZEV infrastructure. The new rulemaking and its associated documents can be found

Whether you’re in California or in a state that’s not as far along on their transportation electrification path, your public utilities commission is playing a critical role in making sure energy providers are able to roll out initiatives that meet stakeholder and environmental needs as well as possible. The electric vehicle revolution may be well on its way, but smart progressive regulations will ensure that things remain on the up and up.

Areg, the California Public Utilities Commission is clueless as to how it will provide clean electricity for the existing grid, much less after integrating electric transportation.

Though electric vehicles charge almost exclusively at night when solar isn't available, one might think CPUC had another plan in place. They don't. In ongoing efforts to keep Diablo Canyon (nuclear) Power Plant open, I've learned PG&E has accounted for 3.2 TWh (terawatthours) of the clean 18 TWh the plant generates to be replaced from zero-carbon sources. Thus by 2025, 82% of Diablo's generation (and a full fourth of California's clean generation) will be replaced by burning natural gas, adding 7 million tons of carbon emissions to California's total. Yet CPUC approved the shutdown anyway.

Why? I spoke with Prosper several months ago about an unrelated issue, and the subject came up.

"I know there are some people trying to keep Diablo open, but trust me - I've been here for 12 years. Jerry Brown wants Diablo shut down, and it will be," she told me. "Besides, the plant sits on an earthquake fault [it doesn't] and we're better off without it."

Clueless, except for the certainty Jerry Brown and protegé Gavin Newsom are behind it. That could be expected (all CPUC commissioners are appointed by Brown), but the reason has nothing to do with being "green" other than the color of the cash deposited into Brown's and Newsom's bank accounts.

Big picture question for you, Areg. How will the situation with PG&E affect the EV regulations/infrastructure/etc., or will it at all? Obviously they aren't the only player there, but since they're so large I imagine there would be some ripple effects that might not be so great for the advancement of these EV goals?

That's a great question, I think once they reorganize and prioritize where they'll be focusing their efforts a lot of remaining funding will go towards overall safety, alerts systems and vegetation management. For EVs it'll impact capital improvements and infrastructure upgrades but hopefully less so on incentives and more innovative rate programs that are in the works.