What is Germany's Energiewende all about? 1) Get out of Nuke as fast as possible. Serious reservations after Chernobyl. No doubt after Fukushima

3) Limit the growth of gas, because 100% imported (Norway, but mostly Russia)

4) Pedal to the Metal with Renewables

Was it the right choice? Did it cost too much? Each one can be the judge from its vantage point. But check the result.

The costs of Energiewende are definitely one of the most significant lightning rods of criticism, and probably deservedly so. Do you think, though, those costs have been absorbed by the learning curve? That is, would other countries who want to replicate the results of Energiewende be able to do so for notably cheaper by learning what mistakes Germany made to avoid?

Laurent, good question. What is Germany's Energiewende all about? Is it about reducing coal/gas consumption? Is it about "getting out of nuke as fast as possible", and putting the "pedal to the metal with renewables"?

I always thought it was about "rapidly lowering carbon emissions". And given om the last decade Germany has made no progress at all in that regard  (emissions have even increased, slightly), I'd say Germany's Energiewende has been all about abject failure, wasted money, wasted valuable time; about succumbing to irrational fear, about becoming dependent on foreign imports (including French nuclear imports from just over the border). Then, pretending it was all some kind of accomplishment.

In the past, Germany's hypocrisy has served as a useful template for California. After Fukushima, when money from global gas interests Chevron and Shell flooded into Sacramento and financed the shutdown of San Onofre Nuclear Generating Station, it looked like gas would triumph here, too.

But while France is increasingly recognized as an example of decarbonization, Germany is becoming the counter-example. Maybe the Energiewende will even serve a useful purpose after all: "What Not to Do". 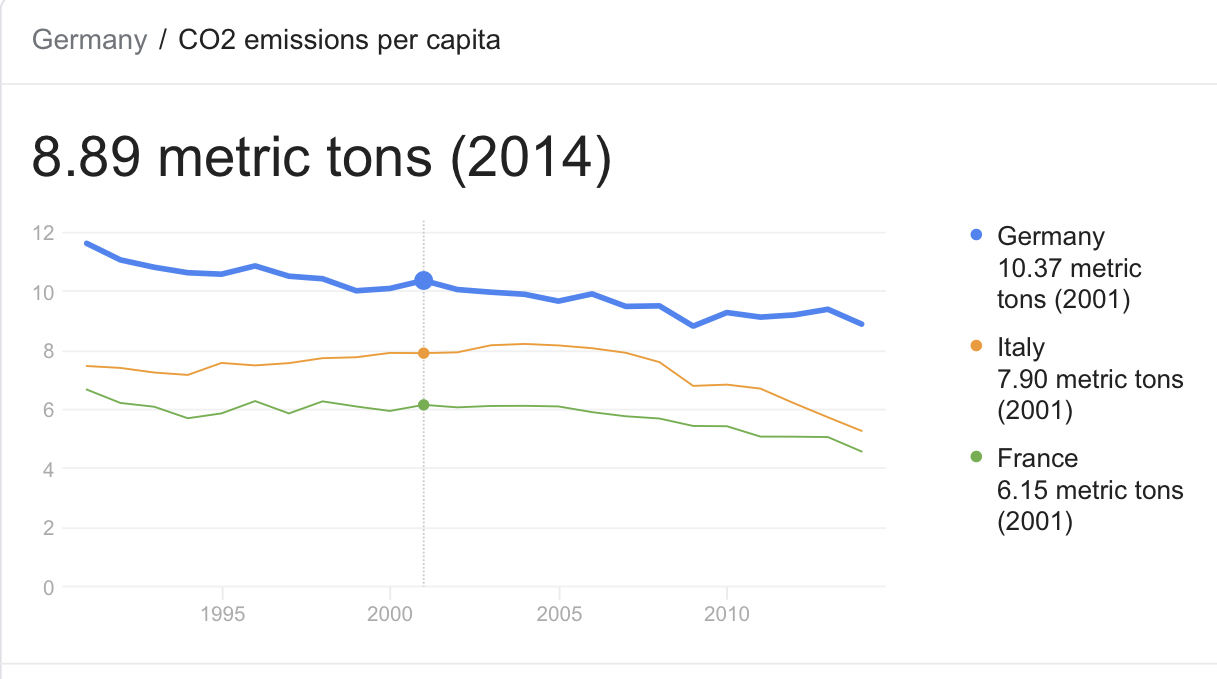