Washington Post and NPR Ignore the Rural Backlash Against Renewables

Mark Jacobson says “electricity blackouts can be avoided across the nation by switching to 100 percent clean and renewable energy, such as solar, wind and water.” Mark Jacobson is out of his mind.

"During my three decades as a reporter, I’ve seen plenty of hype and poor news coverage about renewable energy. But two recent pieces—in the Washington Post and National Public Radio, respectively—are particularly egregious.

These reports demonstrate, yet again, that some of the biggest media entities in the world have no clue about—and apparently no sympathy for—the rural Americans, from Maine to Hawaii, who are fighting to protect their homes and neighborhoods from large wind and solar projects. Nor do the reporters have any sense of the amount of renewable energy—and, therefore, the massive amounts of land—that will be needed to meet America’s voracious appetite for energy and power.

On February 20th, the Post ran an article by reporter Kasha Patel touting a recent study, the lead author of which is Stanford professor Mark Jacobson. Jacobson’s study, Patel writes, purports to show that “electricity blackouts can be avoided across the nation—perhaps even during intense weather events—by switching to 100 percent clean and renewable energy, such as solar, wind and water.”

That’s a bizarre claim. When the ERCOT grid was on the verge of collapse a year ago, wind and solar were almost completely unavailable. Furthermore, a new report by the Texas Section of the American Society of Civil Engineers has determined that the grid’s market design coupled with excessive subsidies for wind and solar were central to the near-meltdown of the state’s electric grid. An analysis by energy consulting firm Wood Mackenzie found that the worst of the Texas blackouts coincided with a days-long wind drought across much of North America.

In keeping with his previous work, Jacobson’s proposal would require cartoonish amounts of land and roughly 5.7 terawatts of renewable generation capacity—more than five times all existing forms of electricity production in the US. (Total existing generation capacity in the US is about 1.1 terawatts.) So where is 5.7 terawatts of renewable infrastructure to be installed? Patel doesn’t say. Nor is there any mention of supply chains. Polysilicon is an essential ingredient in photovoltaic (solar) panels, but the US State Department has banned its importation from Xinjiang (nearly half the world’s supply) because the Chinese province has been using Uyghur slave labor in its production."

Washington Post and NPR Ignore the Rural Backlash Against Renewables

Mark Jacobson says “electricity blackouts can be avoided across the nation by switching to 100 percent clean and renewable energy, such as solar, wind and water.” Mark Jacobson is out of his mind. 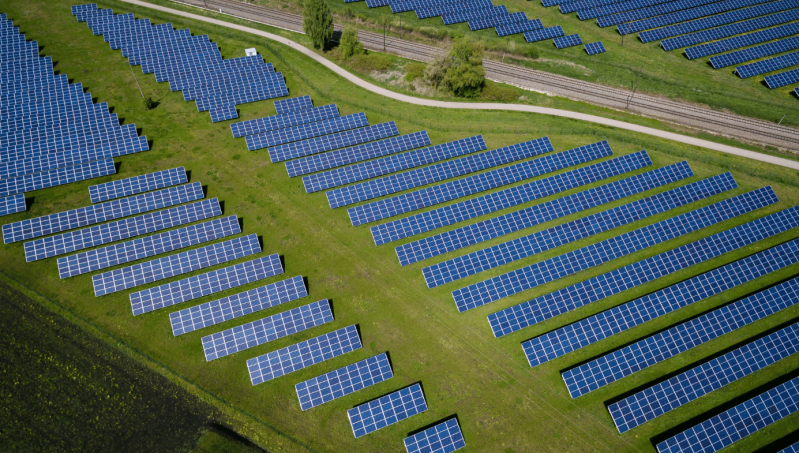 Bryces's article is interesting and informative, Bob. Thanks for the link to it.

I don't like ad hominem attacks. I much prefer to deal with issues on the basis of facts. But in the case of our good professor Jacobson, I can understand and sympathize with others who take that road. Sheer frustration. I've reached the point where I feel that if an article has Jacobson's name on it, there's a 99% chance it's garbage. Unfortunately, a lot of people are dazzled by his Stanford credentials and his acolytes in the wind and solar activist community. They take him seriously. Naive would-be science journalists seem particularly susceptible.

Roger, I have no problem attacking someone who saddles his critics with hundreds of $thousands in legal costs by suing them for libel, based on legitimate criticism of his work. That crosses the line.

Jacobson is in a tough situation.  He's an environmental scientist, so the logical side of his brain knows well that it is time for humanity to move our energy systems beyond fossil fuel and biomass.  Nuclear power is the obvious and proven alternative; however his emotional side has a paralyzing fear of all-things-nuclear.  The result is his tortuous efforts to make himself (and the rest of us) believe in the all-renewable fantasy.

I suspect most renewables fans (including most journalists) have a much weaker anti-nuclear position, but for non-technical people, it's much easier to ignore the shortcomings of renewables, so a weak nuclear aversion is enough to carry the day.

So I remain hopeful that it won't take much longer for the world to realize that the difficult, expensive, and land-intensive German renewables path is not preferable to France's rather easily accomplished nuclear path.

Here are the facts (with hyperlink references)

"100% renewables is easier and cheaper than most people think"

Unsurprisingly, Andrew, your link for this claim leads to a 404 Page Not Found error. Unsurprising, because not a single grid in the world is powered by 100% renewables. Two (Iceland and Norway) are above 90%; both are blessed with abundant natural resources unavailable elsewhere in the world.

I would debunk your other mythology but I have more important things to do. Suffice to say, renewables are a fake answer to a very real problem, and your lies are making the problem worse.

How can South Australia's grid be more than 100% solar?  Because it is not a separate grid; it is strongly connected to the Australia's National grid.  There are no doubt many small towns in the US which generate twice as much windpower as their total electrical consumption, but there local grids are all fossil fuel dominated.

Similarly, in Australia, the National grid is 75% coal-fired ! (source).  Among developed countries, that is exceptionally dirty electricity, much dirtier than what we have in the US.

But even if Australia does some day evolve their grid to be dominated by solar PV and pumped-hydro, they are not on a path that works for most of the world, because on average, only a small percentage of humanity lives near a desert.  Every place that is not a desert has rain and clouds, and clouds make storing electricity much more expensive due to needing longer storage capacity.

Here are the facts in respect of the last paragraph:

"Here are the facts." If they're facts you would provide a link, Andrew, but my browser is telling me your facts are "404 Page Not Found".

It has nothing to do with available silicon, but with the lack of available sunlight and wind. And there's no more time to waste.

Net Metering: A Missed Opportunity for Utilities to Embrace Distributed Energy Resources
What aspect of the IRA may be the most critical? A hint: it isn’t the ITC or PTC.
OIL COMPANIES and THE WINDFALLS OF WAR
Those Attacks on Gas Stoves Aren’t Really about Health