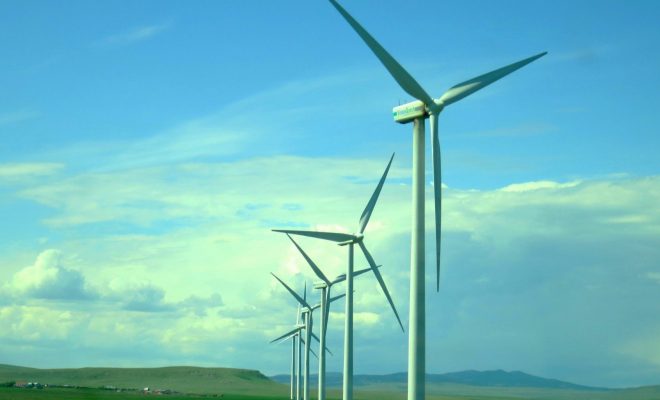 A “really cool” utility-scale storage project that matches up a local wind farm with Tesla batteries is being cast as a possible game-changer for Calgary-based TransAlta Corporation, Alberta’s biggest utility.

When it goes online later this month, the WindCharger project northeast of Pincher Creek “will be able to store electricity from the company’s nearby Summerview wind farm and then discharge it when needed,” the Calgary Herald reports. “The project, costing about C$16 million to build, consists of three Tesla lithium-ion battery storage groupings, capable of distributing 10 megawatts (MW) for up to two hours, providing up to 20 MWh of storage capacity.”

“It is really cool…It was put together in a matter of months, in terms of construction. It was great when we saw the batteries coming up from Tesla and in place,” TransAlta Chief Operating Officer John Kousinioris told Herald columnist Chris Varcoe. “It’s an opportunity for us to match storage and our renewable wind power generation.”

Varcoe notes that Alberta is a leading Canadian jurisdiction for renewable energy development, and battery storage “could be a key piece in a larger puzzle” if it helps the utility balance variable wind and solar resources.

“When the wind is blowing or prices are really low, what we will do is take power from the wind farm to actually charge up the batteries,” Kousinioris explained. When the cells are fully charged, they’ll be able to meet all of Pincher Creek’s power needs for about 90 minutes.

The Herald cites other projects that are in the works. “The energy sector is undergoing a period of transformation and battery storage is at the forefront of that,” said Chris Joy, vice-president of business operations at Enmax, which is currently building a $14.5-million battery hybrid project. “The technology is going to be a game-changer with respect to the electricity industry,” added Duane Reid-Carlson, CEO of consultancy EDC Associates.

The lure of exciting and evolving service line extensions like renewables and electric vehicles, are undermining electric utilities ability to deliver power reliably.

Wildfires, hurricanes and cyber-attacks, all during a pandemic. How are utilities preparing personnel, securing operations and responding to the onslaught of emergencies and events?