With climate change causing more frequent extreme weather and the IPCC setting targets to reduce emissions to prevent a temperature rise of another 1.5 degrees, the world is making efforts to transition to Renewable Energy.  With the global transition from fossil fuels to green energy underway, there is a need for long-term storage and long-range transmission of this green energy. Ammonia is well-suited for both applications, in that at room temperature liquid ammonia is a highly efficient carrier of hydrogen that can be readily transported. Fuel cells that can harness hydrogen from ammonia offer significant breakthroughs in overcoming the key challenges of green energy:

Solar energy is produced only when the sun shines. Wind energy is produced only when the wind blows.  The fact that the availability of these increasingly popular sources of renewable energy is limited by weather conditions grows in importance as these power sources make up a greater portion of the total energy generated.  The misalignment of renewable energy production vs consumer demand is demonstrated in the now famous Renewable Energy duck curve; the fluctuations in energy balances caused by Renewables create serious challenges for power utilities that must meet this demand. The answer to this challenge will come from readily available renewable energy storage solutions. High availability fuel cells can be an important component of these solutions. 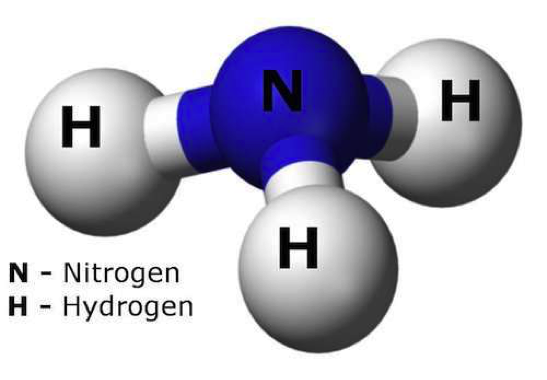 Instead of curtailing the excess capacity generated by renewables, this excess energy can be stored as liquid ammonia for future use by fuel cells. This source of ammonia would be a clean alternative to the industrial ammonia that is produced via the Haber-Bosch production process.

Until today, the energy market has been primarily focusing on two main approaches to Renewable Energy storage – rechargeable batteries and hydrogen. Varied technologies are used to develop rechargeable batteries of different types and sizes.  The advantages of batteries include energy efficiency and long lifespan thanks to charging and transportability. On the other hand, their disadvantages include their significant weight and footprint, their high production costs, rapid deterioration, safety hazards and problems around their disposal.

In parallel to batteries, another popular trend for energy storage is based on hydrogen technology, such as applications that leverage hydrogen to drive fuel cells, chargeable vehicles and mobile machinery, among other innovative applications.  Applications such as electrolysis produce clean, green hydrogen from water with the aid of surplus renewable energy; this hydrogen can be transported, stored and enable re-electrification using fuel cells.

The storage capacity of energy as hydrogen is far higher than that of batteries. So why hasn’t this technology conquered the market?  The reason is because energy storage as hydrogen is challenging. Building a viable hydrogen infrastructure for delivery from production to consumption sites is not a simple matter.  Mass, centralized hydrogen production, whether as gas or liquid, entails high delivery and distribution costs, while low-volume distributed production is prohibitively costly. Hydrogen delivery is constrained by high costs, energy efficiency losses in transit, hydrogen purity issues and propensity for leakage.

Scientists are working on novel hydrogen carriers to overcome these constraints. Hydrogen carriers can store hydrogen in a chemical state other than free hydrogen molecules. One interesting method to deliver hydrogen involves hydriding a chemical compound at the site of production and then dehydriding it at the point of delivery or within a fuel cell. Potential carriers include chemical and physical storage technologies such as metal hydrides, carbon or other nanostructures and reversible hydrocarbons. Other approaches involve pumping hydrogen into underground caverns, many of which were created by mining activities, where it is stored safely. Power to Gas technology injects hydrogen into natural gas that is transported via existing infrastructure. Combustion releases the energy; by replacing 20% of the carbon with hydrogen, emissions are similarly reduced by 20%.

Ammonia as an Energy Carrier

Another option is to use ammonia as an energy carrier. The advantages are many. Firstly, ammonia is economical. Availability – the second most widely produced chemical in the world, 200 million tons of ammonia are produced per year. Transportability – ammonia is easy to store and doesn’t require high-pressure storage. Another key advantage is ammonia’s chemical compatibility with alkaline fuel cells which use an alkaline electrolyte.  And when ammonia is cracked to produce hydrogen, no harmful pollutants are emitted.  As there is no carbon, no carbon by-products are produced – so ammonia is thus a "carbon neutral" option for the future.  While ammonia is a toxic chemical with a potent odor, when handled with care and in accordance with regulations it is safely used in agriculture, refrigeration, semiconductors, hair dyes and water purification among other applications. But the biggest advantage of ammonia as a hydrogen carrier is the fact that as a liquid, with mild pressurization and without cryogenic constraints, it offers a high hydrogen storage density.

Already today GenCell has developed a fuel cell that leverages liquid ammonia to fuel an off-grid power solution which acts as an autonomous “nano-power plant” beyond the grid, enabling us to replace pollutant diesel generators in providing electricity beyond the grid. Today these fuel cells run on industrially produced ammonia, mainly produced via the commonly used but highly pollutant Haber-Bosch process. In the Haber-Bosch ammonia synthesis process, nitrogen reacts with hydrogen using a metal catalyst. The process is conducted at a pressure of 200 atm and high reaction temperatures of nearly 500°C. There are claims that the Haber-Bosch process is one of the largest contributors to a build-up of reactive nitrogen in the biosphere. To offer completely green power, we are working on the development of an eco-friendly process to create green ammonia that can displace the pollutant Haber-Bosch process. This would enable industrial production of clean ammonia using renewable energy for a wide range of applications, from fertilizers and water purification to providing fuel for alkaline fuel cell solutions. Because this equation includes no carbon, when matured, this technology will allow us to have 100% green distributed power generation. We envision enabling a fully clean energy loop by producing green ammonia on-site using solar and wind energy, using the ammonia to run alkaline fuel cell generators anywhere beyond the grid, enabling rural electrification and bringing the world closer to grid parity.  For more information, contact us at team@gencellenergy.com.