But in their rush to prop up the U.S. economy, are policymakers overlooking low-cost actions that could unlock billions in annual investment and tens of thousands of new jobs from renewable energy?

Offshore wind, one of the country’s fastest-growing energy industries, promises carbon-free electricity along with up to 83,000 high-paying jobs and up to $25 billion in economic revitalization.

Despite 25.4 gigawatts (GW) of offshore wind commitments by Republican and Democratic governors along the East Coast, the Trump administration has delayed project approvals and offshore lease sales, threatening to slow this burgeoning growth.

Offshore wind represents more than 2,000 GW of total energy resource potential for the U.S., or nearly double total national electricity use. States along the East Coast have capitalized upon fast-falling offshore wind technology prices in a “race to the top” competing to become regional hubs for the high-skill labor jobs that come from booming installations.

Europe’s success kickstarting the offshore wind industry demonstrates that it can generate affordable, reliable, and clean energy – and state policymakers have leaned into the technology in setting ambitious decarbonization targets.

Connecticut, Maryland, Massachusetts, New Jersey, New York, and Virginia have established goals to procure more than 25 GW of offshore wind capacity by 2035 and have approved more than 6 GW of projects as of February 2020. 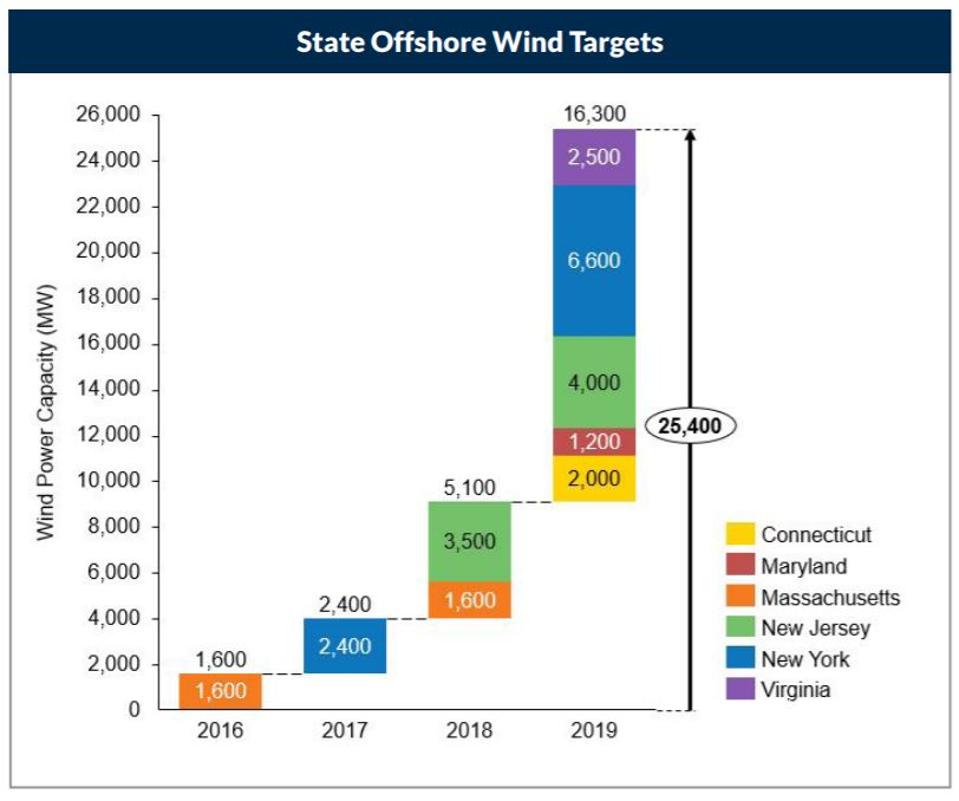 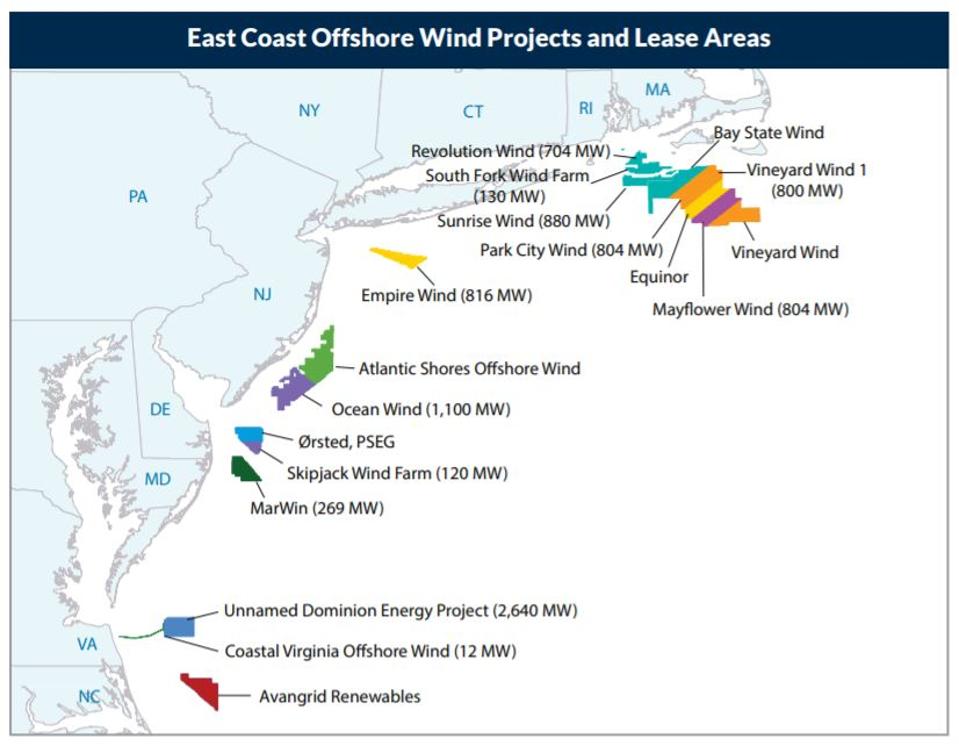 AWEA estimates the offshore wind industry will invest between $28-$57 billion in the U.S. economy and support 45,000-83,000 jobs by 2030, depending on installation levels and supply chain growth.

Brayton Point, a former coal plant in Massachusetts, is being redeveloped into an offshore wind port and manufacturing center with up to $650 million in investment. The Connecticut Port Authority has approved a $157 million plan to redevelop a 100-year old site in Hartford into a construction and manufacturing hub. An abandoned steel mill site in Baltimore has come back to life as a staging area for turbine assembly and could become a turbine manufacturing facility. Providence will soon be home to an innovation hub for one of the world’s largest developers. New Jersey could soon be manufacturing steel foundations for turbines.

AWEA notes that this economic opportunity spans 74 occupations, and will spread far beyond the East Coast, including manufacturing and service providers along the Gulf Coast region who contributed to the Block Island project.

Offshore wind is already approaching cost-competitiveness with grid supplies in parts of the Northeast U.S., and as prices continue to fall, could lower costs for electric utility customers by reducing wholesale energy prices and natural gas demand – another form of ongoing economic stimulus. 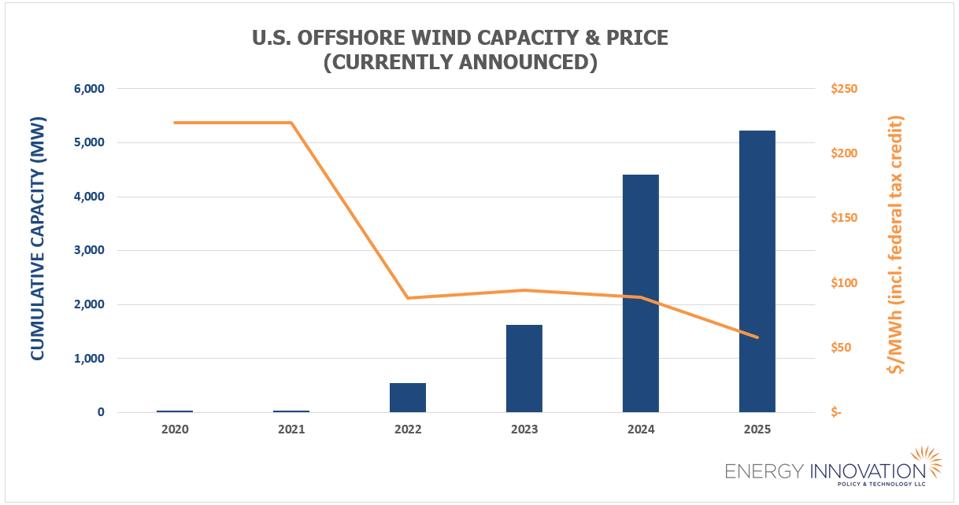 So what can the federal government do to help offshore wind recharge the U.S. economy? Quite a lot, it turns out.

Second, BOEM could complete environmental impact reviews for offshore wind projects it is currently processing. Massachusetts’ Vineyard Wind, which will be the largest U.S. offshore wind project at 800 MW, was paused when BOEM delayed publication of its final decision late in 2019 for an expanded environmental review, even after passing initial reviews. This represented an about face after former Interior Secretary Ryan Zinke said he was “very bullish” on offshore wind and called it key to the administration’s “energy dominance” strategy in 2018.

Congress also has a role here, and could expedite BOEM’s processing of construction and operation permits by fully funding staff needs to review applications as requested in DOI’s 2021 budget. Liz Burdock of the Business Network for Offshore Wind noted “small businesses will need work immediately following the containment of the coronavirus, and next year may be too late to keep them solvent.” The group also noted BOEM could consider permits for project proposals simultaneously rather than sequentially. 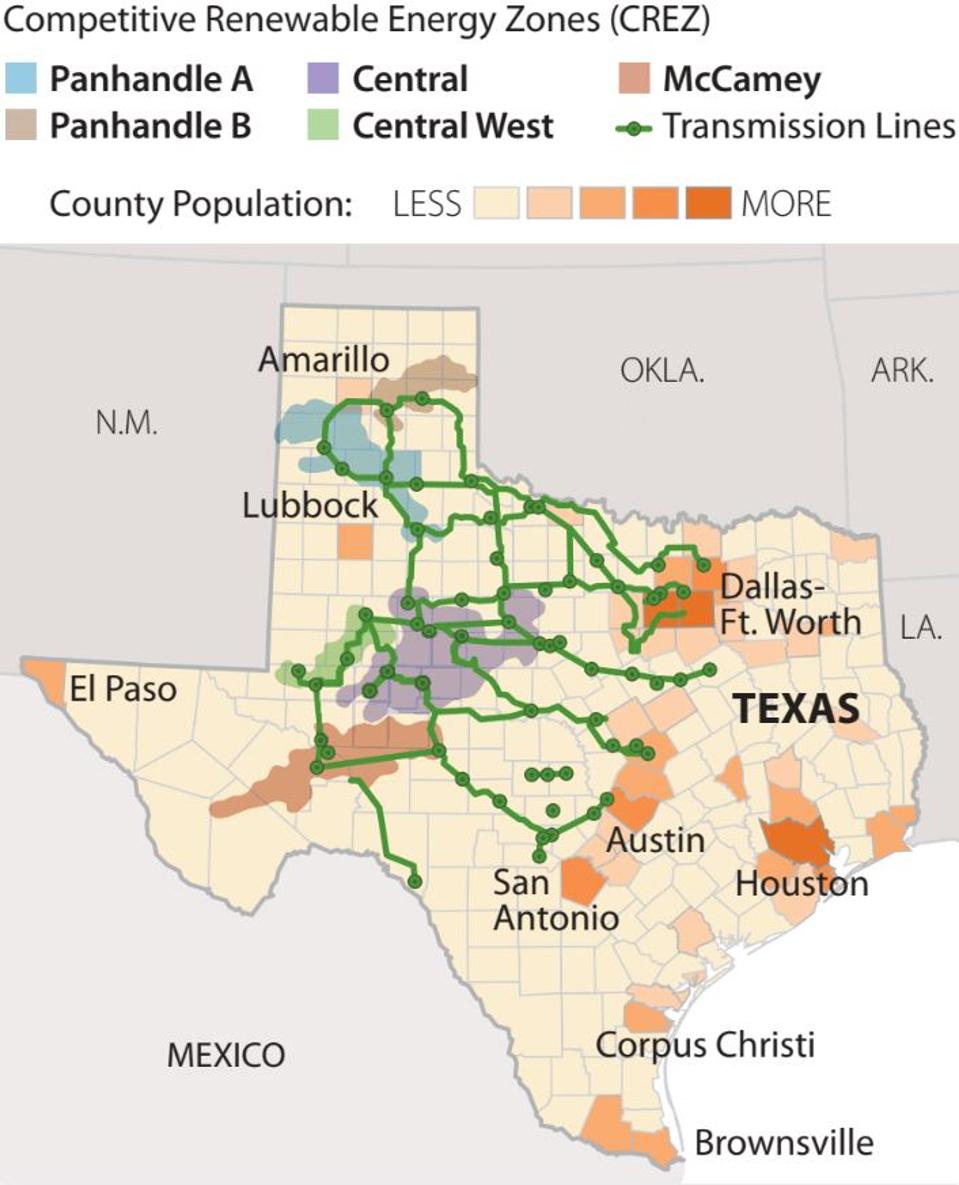 BOEM approved Anbaric’s legal, technical, and financial qualifications to acquire and hold a right-of-way grant on the Outer Continental Shelf in December 2019, but much more work will be required to bring this project – and others like it – online.

“When the focus on the economy turns to recovery mode, the wind industry in general and offshore wind in particular is poised to jump start that movement with all the opportunities that exist,” said Laura Morton of AWEA via email.

As the federal government funds hundreds of billions in cash payments and loans to keep America’s economy moving now, it should also consider the myriad low-cost policy options available to keep the country’s clean energy economic engine from stalling out before the pandemic has passed.

News flash. The government is running out of money attempting to prevent economic collapse. Expenditures on renewable energy are frivolous when folks cannot feed their families. Lighten-the-ship, dump the non-essential over the side.

Worrying about the distant climate is a waste of money, particularly when CO2 emissions have plummeted. When the economy eventually recovers, then we can worry about the esoteric.