As explained, the partnership would be a significant step towards placing Abu Dhabi at the heart of a new emerging global market for green energy.

Under a memorandum of understanding (MOU) signed on 7 July, the duo will work together on developing proposals for a green ammonia export facility to be based in Khalifa Industrial Zone Abu Dhabi (KIZAD). The new plant would be fuelled by hydrogen produced by an electrolyzer facility paired with a 2 GW solar photovoltaic (PV) power plant.

The green hydrogen would be turned into liquid ammonia to supply ships converted to use ammonia as a bunker fuel and for export from Abu Dhabi Ports via specialized gas carriers. Ammonia, which is relatively easier to transport than pure hydrogen, has a number of industrial uses and can also be easily turned back into hydrogen, TAQA explained.

Join with me at the over 2000 strong professionals group: Ammonia and Hydrogen

Matt commented on ...
Shutting Down California — A Proposal for Crowd-Sourcing Public Safety Probabilities

Matt commented on ...
Supply Chain and Asset Traceability to Support the Clean Energy Transition
I imagine this is a great base to set when you want some intelligent predictive maintenance work done as well, right? 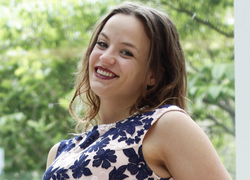 Emily commented on ...
Shifting Gears: Expanding the Role of Utilities in the eMobility Transition
Really insightful overview of the roles that utilities are uniquely suited to play in enabling the eMobility transition, Bob.

Jim commented on ...
Storm Hazards Safety
The power is a huge danger all the time. When you add climbing and lift bucket not to mention tower work it is really dangerous.