Kent Knutson is a content specialist focusing on energy market intelligence for ABB’s Enterprise Software Product Group.  He has more than 30 years of experience designing and developing...

The state of the American power industry is ‘strong’ On February 5, 2020, the University Club of New York was host to the Edison Electric Institute’s (EEI) annual Wall Street Briefing. Built-in 1899, in the architectural style of Italian Renaissance Revival, the University Club is one of New York City’s most prestigious social clubs.  Formed almost as long ago, in 1933, EEI represents all the U.S. investor-owned electric companies, including 70 international electric affiliate members, and about 250 industry suppliers and related organizations as Associate companies.  EEI members provide electricity to roughly 220 million Americans in all 50 states, representing about 72% of all power customers across the country.  Strategic business intelligence and public policy expertise are just some of the services EEI provides its members.

The 2020 presentation highlighted several trends that have shaped the current healthy state of the American power industry.  The central theme of this year’s briefing was to paint a picture for an energy future that is ‘cleaner,’ ‘smarter,’ and ‘stronger.’ 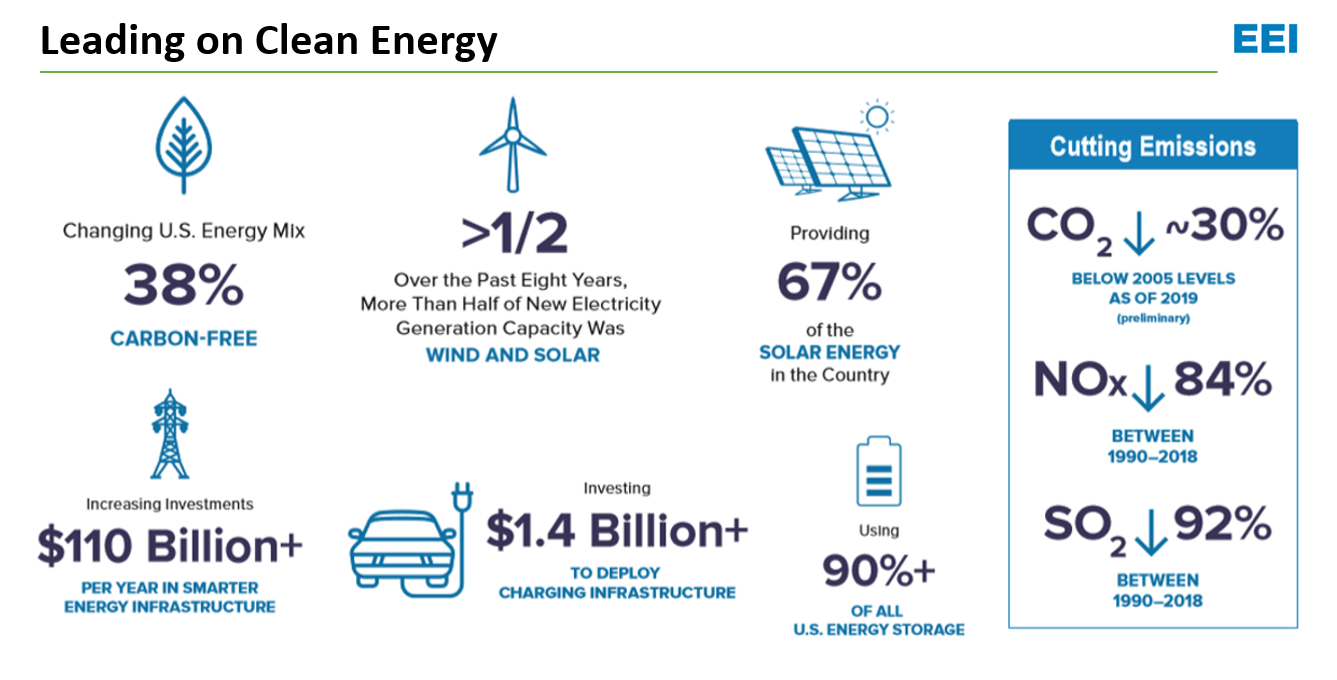 The charts and statistics tell the story

The shift from coal to natural gas, combined with substantial investment in renewables, primarily wind and solar, have driven the change.  Just ten years ago, carbon-free power, including nuclear, hydro, and other renewables accounted for about 24% of all power produced in the U.S.  Today, carbon-free power represents about 38% of the nation’s fuel mix.

Further highlighting this rapid change in the power generation fuel mix, consider that from 2009, ‘non-hydro renewables’ including wind, solar, geothermal, and biofuels moved from 3.7% of total U.S. power production to 11.5% today.  Over the decade, natural gas switched places with coal, moving from around 23.3% of electricity production in 2009, to 37.6% today. 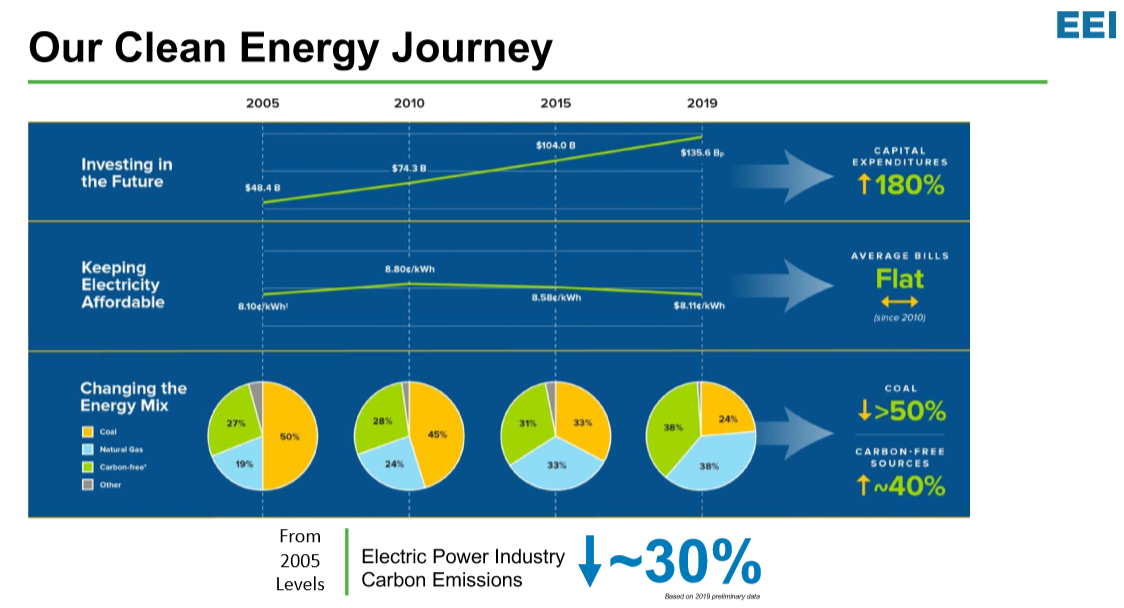 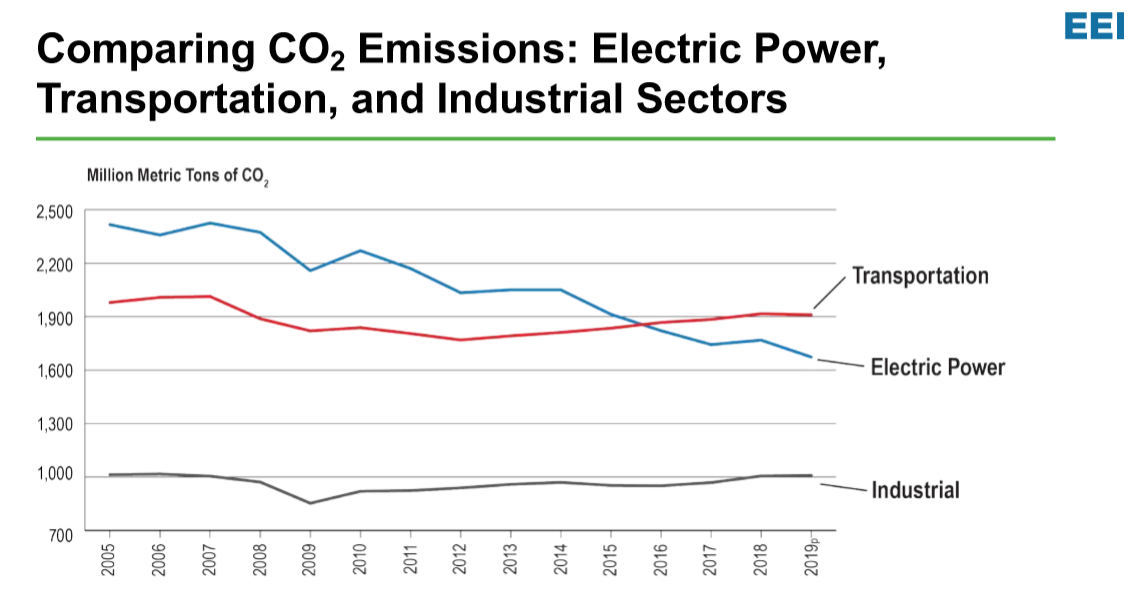 When EEI closes the books for 2019, it expects that capital expenditures will reach an estimated $135.6 billion. This estimate – up from around $119.5 billion in 2018, and just ahead of the $128.1 billion forecast for 2020, along with the major strides in carbon reduction over the past decade, has never been so high. Since 2010, EEI member companies have invested nearly $1 trillion to build new infrastructure, including new generation capacity and enabling transmission and smart grid technology.  On the distribution side alone, member company investments include the installation of about 85 million smart meters during the past decade – today, more than 70% of U.S. households have a smart meter. 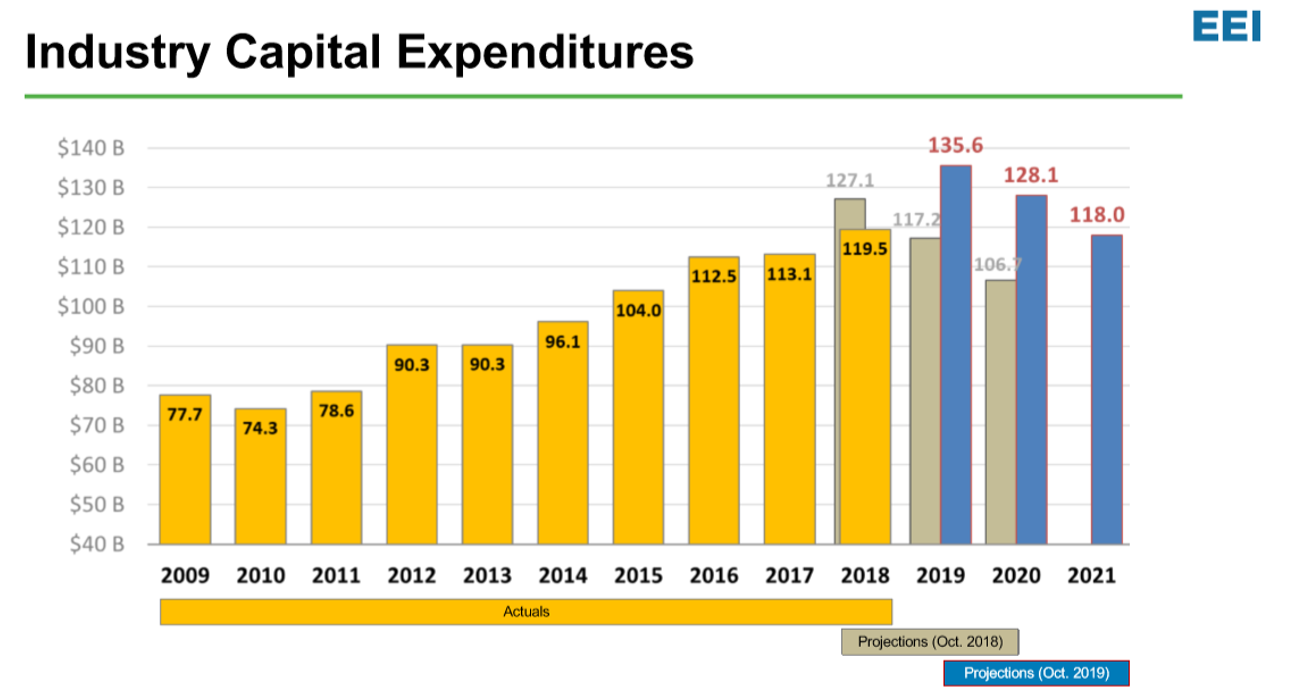 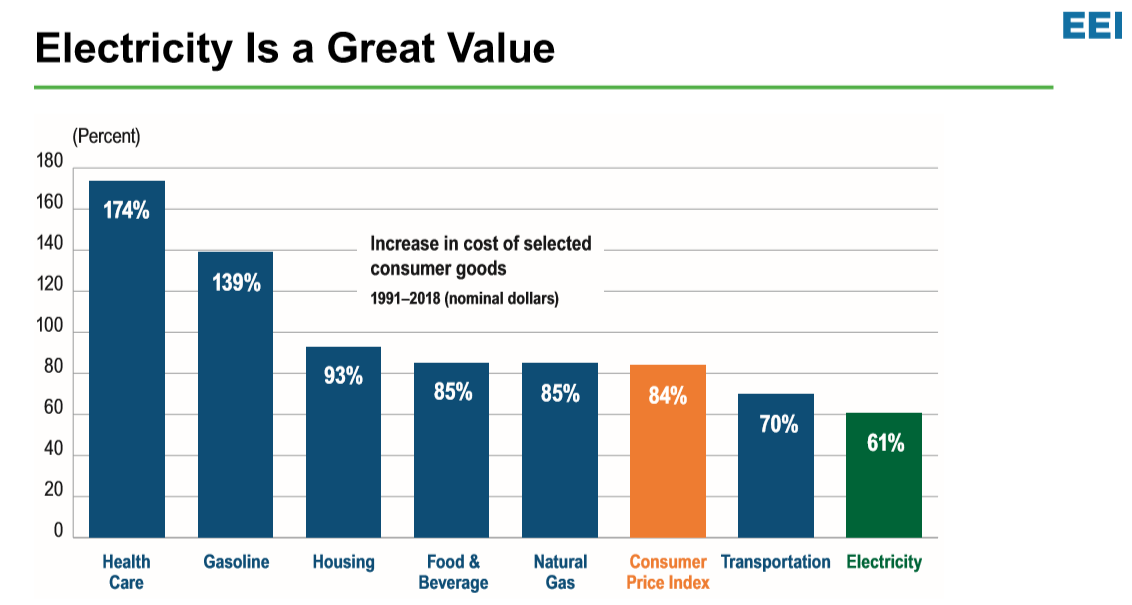 Other illuminating facts from the briefing

The future looks bright for electric vehicles and power demand

Today there are about 1.5 million electric vehicles (EVs) on the road.  By 2030, the number of EVs on American roads could reach 18.7 million.  This burgeoning market bodes well for power industry growth since, according to EEI’s perspective, there will need to be about 9.6 million charging ports to support that level of growth. 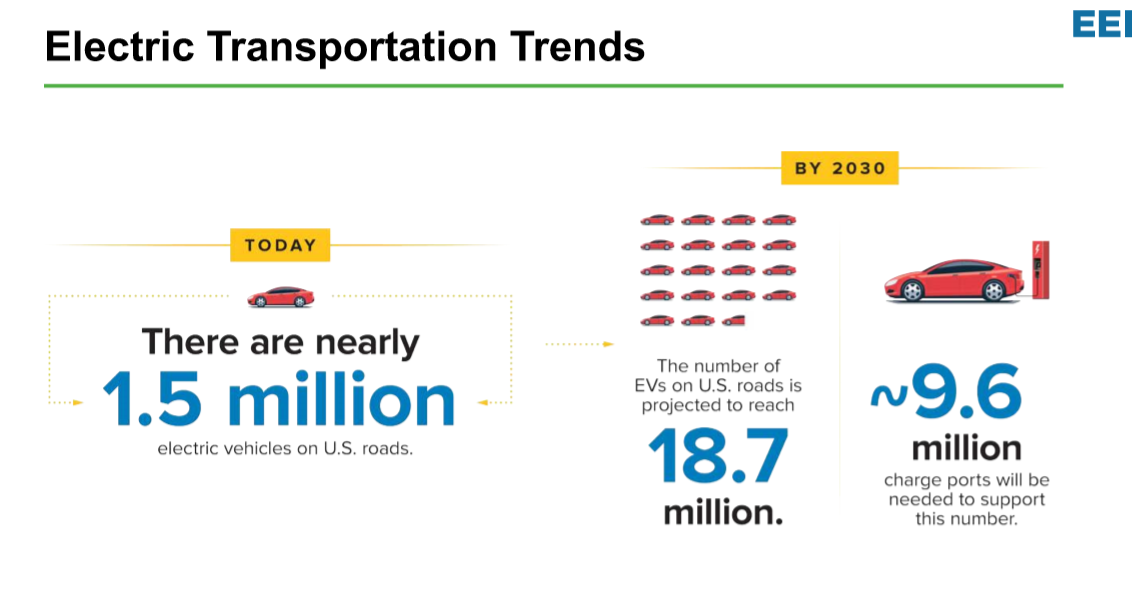 Power industry ‘strong’ and getting cleaner and smarter

The EEI briefing draws a positive picture of the electric power industry, the most capital intensive, and likely the most dynamic sector in America today, an industry supporting more than 7 million jobs and contributing about $865 billion annually to the U.S. Gross Domestic Product (GDP) – that’s 5% of all GDP.  Over the past decade, the power industry has made significant strides to modernize the grid and implement new clean and smart technologies, with that backdrop, it can only be expected to get bigger and better with time.