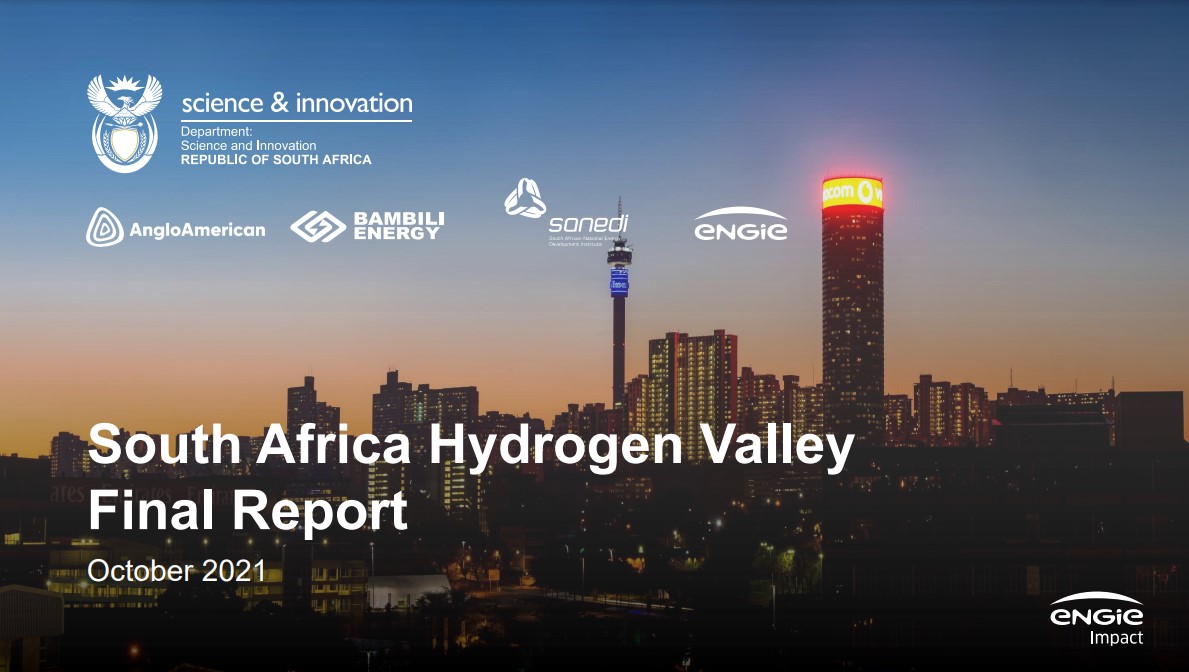 Hydrogen is a key priority for South Africa.

In his last State of the Nation address, President Ramaphosa cited that hydrogen fuels cells are a national priority as an alternative energy source. Hydrogen presents a significant opportunity for economic development in South Africa, including the creation of new jobs and the monetization of the platinum industry. It is also a contributor to South frica’s decarbonization objectives, leveraging PP1 , REDZ2 and other renewable development programs to produce green hydrogen, now at the centre of many sectorlevel green strategies (e.g., green steel, green buildings). Finally, global commitments towards hydrogen production and demand create an opportunity for South Africa to engage in energy export at the international level.

The South frican government’s Department of Science and nnovation (DS ), in partnership with Anglo-American, Bambili Energy and ENGIE are looking into opportunities to transform the Bushveld complex and larger region around Johannesburg, Mogalakwena and Durban into a Hydrogen Valley. To realize these objectives for South Africa, Hydrogen Valleys can be leveraged to kickstart the hydrogen economy, leading to cost savings through shared infrastructure investments, improving the cost competitiveness of hydrogen production through economies of scale, enabling a rapid ramp-up of hydrogen production within a given territory, and leveraging an incubator for new pilot hydrogen project.

Three catalytic green hydrogen hubs have been identified in South Africa’s Hydrogen Valley These hubs have been identified based on locations with potential for a high concentration of future hydrogen demand, the possibility to produce hydrogen (e.g., access to sun/wind, water infrastructure), and contributions to the just transition—an economic development plan that brings positive social impact particularly to more fragile groups and communities.

These hubs – in Johannesburg, Durban/Richards Bay, and Mogalakwena/Limpopo – will host pilot projects and contribute to the launch the hydrogen economy in the Hydrogen Valley.

Leveraging its geography, the 100+ years of heritage in the oil and gas industry and a dynamic industrial ecosystem, Trinidad and Tobago can position as a key player in the evolving green energy landscape.

Hydrogen Storage Key objectives from the modelling include:  assessing the pros and cons of a scenario using renewable (“green”) hydrogen gas with storage versus other key alternatives to enable the electricity system to provide for the needs..