"Puerto Rico has some of the most expensive electricity prices of any U.S. state, at 19.91 cents/KWh compared to the national average of 12.9 cents/KWh. It is that, as much as reliability, that is driving residents, who are some of the poorest in the Unites States, to seek alternatives.

While solar power, in particular, is being sold to the populace as a way to cut bills in an environmentally friendly manner, the NAP team points out that not only can the island spend weeks under cloud cover, boosting the case for a baseload generator, but that solar can also be expensive when storage is factored in.

Having a strong and reliable baseload like advanced nuclear generation can help ease the energy costs, they say.

'People are starting to like the idea that their bill would be half what they pay now … but the problem is the small print. You have to read and educate and understand how much it’s really going to cost and how efficient the equipment will be throughout the life cycle,' says Reyes.

'That is where advanced nuclear comes into play; to support renewables as a strong and reliable baseload for the long-term stable operation of the grid.'

Both the general population and the politicians are coming around to the idea of bringing nuclear into the mix.

In a NAP survey of over 3,000 residents of a mix of ages and educational backgrounds, 94% were interested in continuing to explore the option of nuclear energy for the island."

The group of volunteers which formed "The Nuclear Alternative Project" (NAP) say nuclear must be part of the mix. 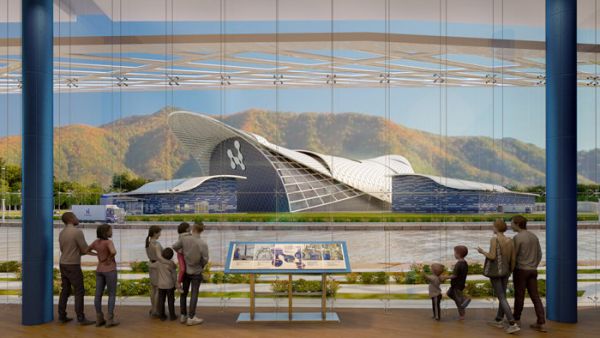 I would love to hear what Doug Houseman thinks about this - as he worked on Puerto Rico's systems.

Puerto Rico is in a tough position. Fossil fuels (coal, liquefied natural gas, diesel) have to be brought in, solar requires a lot of land, wind is inconsistent.  Nuclear is exceptionally expensive to build and the island’s electrical distribution system is being re-built after being heavily damaged, and that is expensive.

Liquefied natural gas is currently being used to generate power and that fuel can be supplied from the US. Solar and LNG are likely a much more cost effective solution for the island than a nuclear power plant. LNG combined cycle plants are relatively inexpensive to build and an LNG import facility already exists at Penuelas. The combined-cycle plants have no problem accommodating a grid that relies on intermittent solar energy backed up by some batteries.

"Nuclear is exceptionally expensive to build..."

I think that's NAP's point - that SMRs would not be exceptionally expensive to build.
At NuScale's projected price point of $3,600/KW, the entire island could be powered for $8 billion in investment. With a cost of fuel that's next-to-nothing, here's really nothing else that comes close.

Bob, I think the problem with the SMR is the unit production cost of power. The small output and relatively high build cost yields high energy costs, probably in the range of $150/mWh. By the way, the only way the LNG fired combined-cycle plant makes financial sense is if the existing LNG facility at Penuelas is used. If a new LNG facility were required, the net energy cost would very likely exceed that of an SMR. If LNG costs are above roughly $15/mmBTU, the SMR makes financial sense. A possible problem for the SMR’s is that they do not follow rapid load changes very well and are better suited for base load operation, with limited daily load following. However, in just about any scenario, energy is going to be very expensive in Puerto Rico.

How are you calculating energy costs? Modules are factory-assembled, so the build cost is next-to-nothing. A plant can be up and running in less than 1 year.

"A possible problem for the SMR’s is that they do not follow rapid load changes very well and are better suited for base load operation."

Enhanced load-following was the primary purpose of building reactors as small, modular units. Each unit can be scaled up or down independently of the others, making them 12x more agile than a single, "mainframe" reactor. The ability to shut down down modules independently for refueling also makes 100% uptime achievable.

Most of the costs are associated with buildings, support structures and construction work; the nuclear reactor cost is not that significant. The savings associated with mass production of nuclear components is overstated.  Reactors in the 1970's were built on a production line basis, but over 90% of the net project cost was related to construction activities - this is based on my first hand knowledge of these costs.

The $/KW cost of a number of small reactors will be greater than that of single large unit; classic economies of scale as seen throughout the history of power plants in general. No reason to believe the small reactors will deviate from historical patterns.

My estimate is based on the likely $/KW build cost and includes Owners invested equity, profit and debt repayment.

The maneuvering capabilities of water reactors are limited by thermal considerations primarily involving the fuel. Generally, daily load changes can be accommodated, but rapid changes not so much. Taking one module off-line and the bringing it back on-line does not happen very quickly when considering operational  and administrative procedural limitations.

Refueling activities are generally not that long in duration - maybe a week with several  days to bring the plant back up to hot standby. Considering the actual seasonal nature of the grid, taking a plant down for refueling is not that big a deal from the grid's perspective.

Running for as long as you can at full load is driven by financial considerations,; maneuvering capabilities are not that useful because of the relatively high build cost on a $/KW basis.  By contrast, gas turbine power plants have a relatively high fuel cost and low build cost. Reducing gas turbine output has nowhere near the financial impact that occurs for a reactor with a low fuel cost but high ($/kW) build cost.

A better reactor fit for Puerto Rico is probably a small passively safe boiling water reactor (BWRX-300, ~300 mWe) because it can be relatively quickly licensed (it's a simplified and smaller version of a large BWR) and has a decent output. The X-energy gas reactor might be a good fit, but I believe licensing the design will be problematic; the Nuclear Regulatory Commission is hell bent on making the licensing of advanced reactors extremely complex (as in fiendishly expensive and time consuming). That will probably sink the X-energy design even though technically the reactor is pretty good. The NUSCALE design would work but I think the troublesome economies-of-scale associated with a number of modules may prove to be a financial issue.

All of the reactor types will have difficulty overcoming competitiveness issues so it probably comes down to: is a premium price for emissions free nuclear worth it? My guess: nuclear is probably not worth the aggravation and financial risk from a business perspective.