"Imagine for a moment what might happen if an oil company – say, Exxon Mobil or Chevron – announced plans to put dozens of offshore drilling platforms on the Eastern Seaboard, smack in the middle of where endangered North Atlantic right whales congregate. If that were to happen, it’s easy to imagine that America’s biggest environmental groups would express their outrage and immediately begin filing lawsuits under the Endangered Species Act, Marine Mammal Protection Act, and other federal rules to protect the whales and stop the industrialization of their habitat.

Enough for the imagining. Let’s cut to the reality of the proposed 800-megawatt Vineyard Wind project, which aims to do just this: put dozens of offshore wind platforms smack in the middle of where endangered North Atlantic right whales congregate. As I reported last month, Vineyard Wind is now the focus of at least two federal lawsuits, with plaintiffs claiming that the project violates the Outer Continental Shelf Lands Act, Endangered Species Act, Clean Water Act, Marine Mammal Protection Act, and the National Environmental Policy Act.

"But the latest litigation wasn’t filed by environmental groups. Instead, it was filed by the Austin-based Texas Public Policy Foundation on behalf of several commercial fishing groups. TPPF’s litigation was filed a few months after a study found that the region targeted for offshore wind development is a crucial habitat for the right whale. Between 2011 and 2019, some 327 unique right whales were spotted in the region."

The club, doing what it does best: destroying the environment to save it. 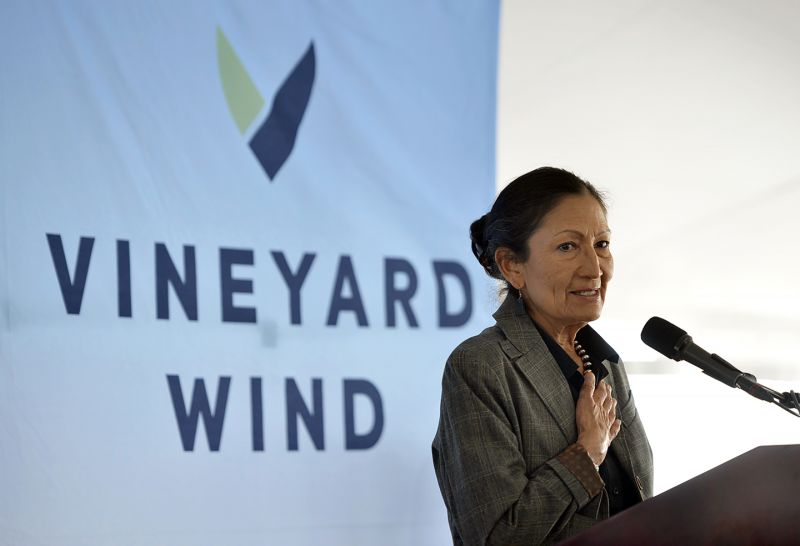