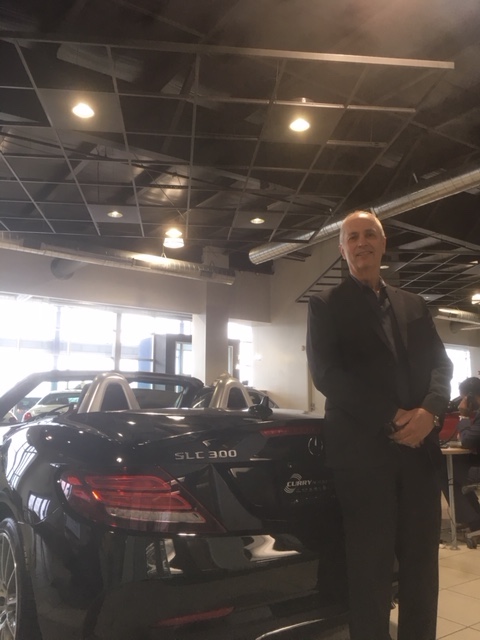 When he joined Curry Automotive’s Mercedes Benz car dealership in Wappinger Falls in New York’s Hudson Valley last year, Joseph Messner (below) noticed that the bulbs were broken and the lamps were failing. “There were puddles of light all around,” says Messner, general manager at the dealership, referring to the uneven patches of light that dotted the showroom. The dire situation was further compounded by mounting electric utility bills and the loss of productivity to fix broken infrastructure at the facility.

That was when Messner used his experience from a similar, previous job at Albany. He called Central Hudson, the local utility, to discuss ways to find a permanent solution to the problem. The utility redirected him to Lime Energy, which provides energy efficiency projects to small businesses in the region. Within 60 days, Lime had revamped his lighting setup with LED that promised a hefty reduction in his electric bills for the next two years.

Changing lighting fixtures can be an expensive and time-consuming process with extensive analysis of costs and existing infrastructure. But Messner says his decision was a “no-brainer”.

This is mainly due to the efforts undertaken by utilities to grow the share of energy efficiency initiatives aimed at small businesses across New York. While New York City accounts for and gets the lion’s share of energy efficiency programs, Hudson Valley is not far behind. A 2014 study by the New York State Energy Research & Development (NYSERDA) targets potential energy savings of 6509 GWh for the region by 2030. The economic potential for energy efficiency programs is expected to represent 36% of forecast load by 2020. This share is expected to grow to 45% by 2030. Not surprisingly, Central Hudson has rolled out a number of initiatives aimed squarely at getting small businesses to adopt energy efficient devices.

In Messner’s case, he was enticed by the promise of zero upfront costs and a two-year moratorium on extra billing charges, thanks to the new system they’d installed. “If we would have done nothing, we would have kept paying that amount anyway,” he says. “Without taking money out of our pocket, we know what our bills will be for the next two years.” In Albany, where Messner oversaw four dealerships, there was a two-year payback period for the upfront costs involved. 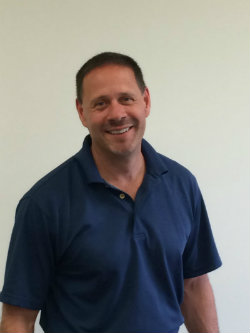 According to Tom Pirone, Vice President of Utility Solutions at Lime Energy, there are three primary drivers for Hudson Valley-based small businesses to adopt energy efficiency solutions. The first one is quick returns on investment for customer’s businesses. “If you can offer a solution that is cash flow positive or, even, neutral to their bottom line, then their decision becomes easier,” he says. The second one is maintenance. Pirone(above) says that solutions that set the maintenance clock back to zero are also winners. “Essentially, (installing) something they won’t have to touch for years,” says Pirone. Non-energy benefits are also an essential part of the marketing mix. When his salesmen go out in the field, Pirone says they highlight the benefits of better lighting (which constitutes over 90% of their projects) in various situations, from better visuals at retail services to safer workplaces. Sometimes those benefits do not always translate to better aesthetics. For example, Curry automotive has retained non-LED pendant lighting at its front desk due to its decor value and absence of LED fits.

Why Small Businesses Are Not Completely Sold On Energy Efficiency

Despite the benefits, however, small businesses are a hard sell for energy efficiency programs in the Hudson Valley.

Part of the problem is the Valley’s diverse business mix, one that eschews the grid-like commonality of New York City’s small businesses. For example, Greene County and Columbia County in Upstate New York are home to dairy farmers and auto facilities alike. Beacon in Mid-Hudson Valley was an industrial center until the late 1990s and has now become home to an array of hipster-frequented small businesses, such as cafes and bars.

The diversity presents a problem to Pirone’s team because it translates to unique requirements for each project. “There is a common appliance mix (at residences),” explains Pirone, referring to the standard appliances, such as ovens and heating systems, found in homes. This is absent in a commercial environment because each business is different. For example, hair salons have a completely different requirement for energy efficiency as compared to auto facilities. “Finding common themes is difficult (in small businesses),” he says.

Lime Energy, which established its Hudson Valley operations in 2012, uses a mix of email marketing, telemarketing, and free energy audits to get its message across. They have developed custom messages for specific verticals. For example, they might have separate messaging for the auto industry versus, say, a dental office. The company has also developed deep roots in Hudson Valley communities. Pirone says they work with local contractors, who connect them to the business community, and spread word about their business.

Estimating energy savings for commercial establishments, especially small businesses, can be a complicated task that requires calibration and calculation of several factors. For example, there is the applicability factor in which the solutions firm calculates ambient lighting versus replacement lighting. Then there’s the feasibility factor in which turnover of existing infrastructure is calculated. Similarly, retrofit measures also come into play while estimating savings.

For Pirone and his team, there is also the problem of communication. He says small businesses intuitively understand that energy efficiency translates to savings. But they have a hard time quantifying those savings, especially when they encounter terms they do not understand, such as kWh. That most small business operators are also owners, who have to manage multiple responsibilities and emergencies at the same time, does not help matters.

To get around the problem, Pirone recommends breaking down this complicated math into easily identifiable numbers. “We simplify it (the numbers) and stick to terms and measurements that they already know,” he says. As an example, he says they juxtapose energy efficiency savings against utility rates and wattage consumption.

The Future of Energy Efficiency Within Hudson Valley

For the most part, business for Lime Energy is composed of lighting projects. In that sense, their experience is reflective of broader trends in the energy efficiency market. As the market evolves beyond lighting projects, however, the team at Lime Energy is moving in lockstep. Pirone says he is already looking into new and innovative technologies for bigger projects beyond lighting, such as building retrofits and HVAC. One of his intriguing explorations involves reducing unnecessary use of ventilation fans on stovetops.

From a regulatory perspective, energy efficiency businesses might take a hit in New York.

Pirone is concerned about the discussions underpinning New York’s REV (Reforming Energy Vision) program, which targets 50% share for renewable energy in the state’s grid. One of the goals of the program is to build an online marketplace for energy in which individual customers and small businesses can pick and choose products and services.

But it might be premature to think that customers will take the initiative to become energy-efficient. “They (customers) need a lot of hand-holding,” he says. “Just because you build it, does not mean that they will come,” he says.