"In some ways, the nuclear rally looked like what you might expect. A man in a polar bear costume waved a hand-painted sign. Local politicians and activists gave speeches. A space scientist made everyone cry by asking listeners to take the cosmic perspective: “all of us together on a tiny little planet alone in the blackness.” A celebrity — the singer Grimes in this case — appeared on video and blew a kiss to the protesters. Mothers nursed babies. A man with a green headband and gray ponytail shuffled his Birkenstocks to the music. 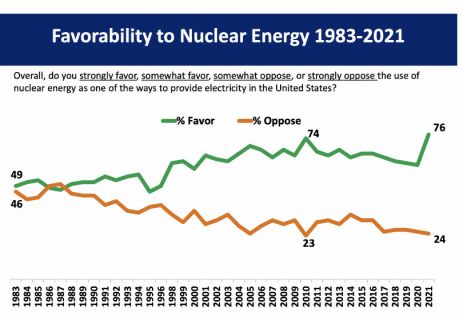 But there was one key difference in this assembly in San Luis Obispo, California, near the Diablo Canyon Nuclear Power Plant: These environmentalists were working to keep a nuclear facility open, not to shut it down.“Save the plant!” Isabelle Boemeke, a model and nuclear social-media auteur, shouted through a bullhorn.

“Save the planet!” echoed a cadre of women behind her, all holding the tethers of a van-sized blimp with the words “save clean energy” emblazoned on one side. The dirigible was supposed to represent a fraction of the greenhouse gases likely to be released into the atmosphere if California goes ahead with a plan to close Diablo Canyon’s two reactors in 2024 and 2025.

“We’re on a mission!” squawked the bullhorn.

“To stop all emissions!” answered the activists.

Decades after the previous generation of greens protested to close nuclear reactors, a new generation is beginning to advocate to save those same plants. These activists regard nuclear power – which provides more than half of the country’s clean energy – as a vital asset in the fight against climate change. "

A new breed of nuclear advocates is different: They are climate hawks first and support nuclear power to meet that goal. 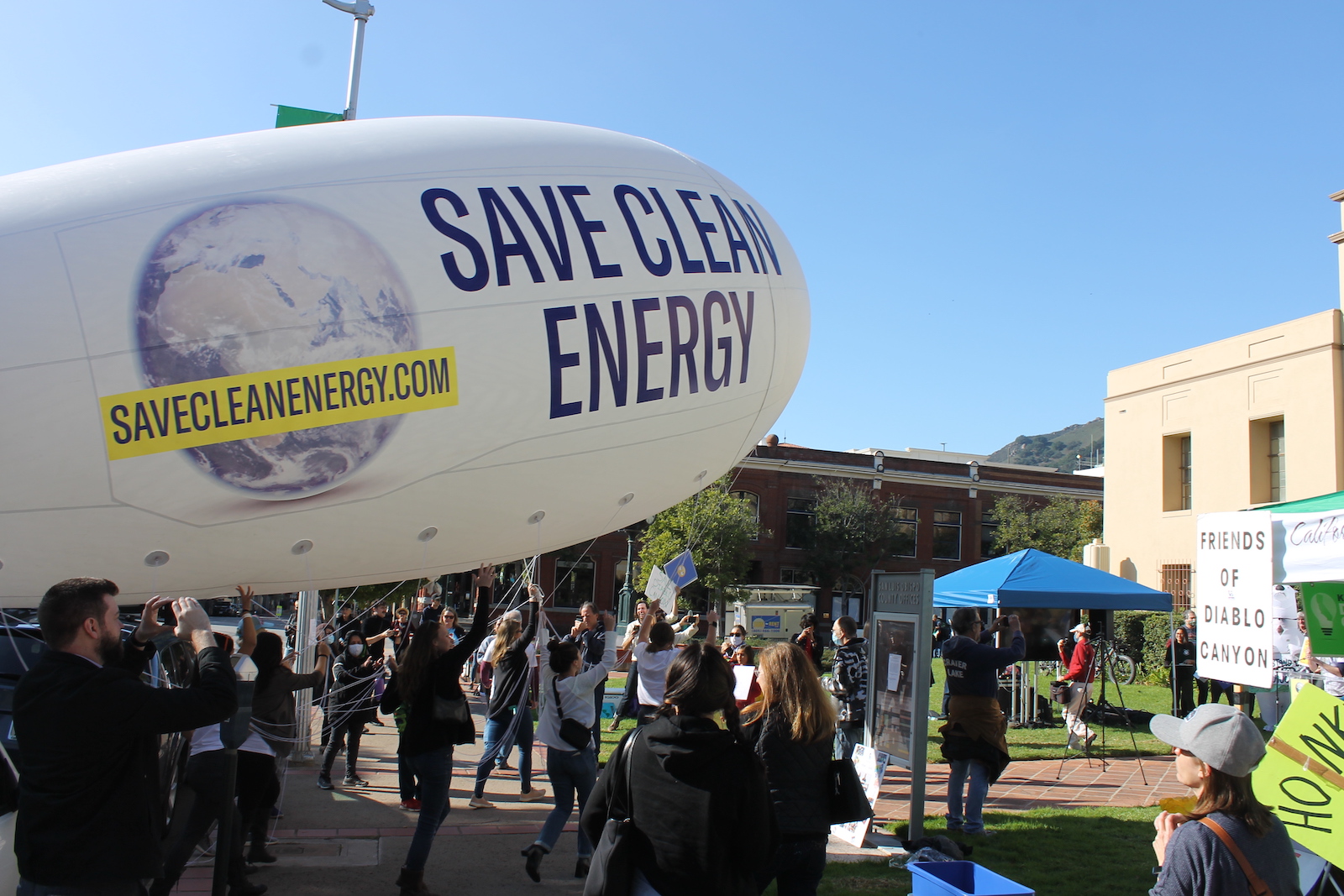