Russell Gold is an award-winning investigative journalist at The Wall Street Journal who covers energy and climate. He has been at the WSJ since 2000, reporting from five continents and winning...

The wind industry has really taken off in recent years, and recently took over the perch from hydropower as top producing renewable energy source in the United States. However, that transformation did not occur overnight and the age of increasing wind power penetration has been a long time in the making. That journey is the subject of a new book from Russell Gold, senior energy reporter at the Wall Street Journal, due to be published on June 25.

That book, “Superpower: One Man’s Quest to Transform America,” traces the endeavors of Michael Skelly and his efforts to bring wind energy from a joke to a force with which to be reckoned. This story of wind energy becoming a pillar of the U.S. (and global) energy landscape is not one that’s fully completed yet, but the industry is at a pivot point that makes such a book quite compelling and timely. And after Gold’s first book, The Boom, was awarded as a finalist for the FT McKinsey Business Book of the Year, seeing him dive into the clean energy future will be a fascinating follow up. 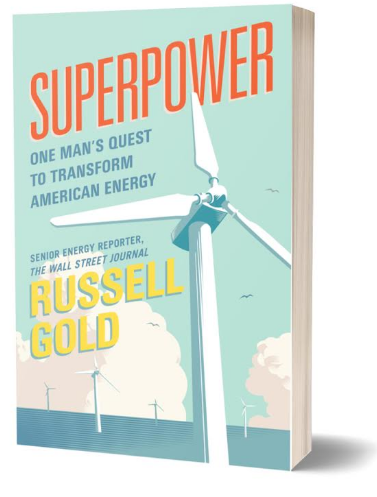 With that in mind, Russell was kind enough to answer a number of questions for Energy Central about this book and his outlook for wind and renewable energy generally:

Energy Central: Rather than write a book just about wind energy itself, you framed 'Superpower’ around the story of Michael Skelly and his work to take a wind energy sector that was previously not taken seriously into what is now the leading renewable energy source in the United States. Why did you choose this perspective on wind energy, through the journey of Skelly?

Russell Gold: I wanted to tell a story about where wind power has come from and where it is going. Michael Skelly’s story uniquely follows this arc. He started in the industry in the late 1990s. The first wind farm he built had these tiny 800-kilowatt turbines. Within a decade, he had helped build a giant wind power company that was bought by Goldman Sachs for several hundred million dollars.

But he didn’t stop there. In 2009, he looked around and asked a really important question. What is needed to take renewable energy to the next stage? His answer was big transmission. So he founded a company to build high voltage direct current lines.

To be honest, there’s another reason I chose to write about Skelly. He’s a risk-taking energy developer. The inside story of an entrepreneur trying to smash into the U.S. power grid is just a fascinating story.

EC: In this book, you explore the stakeholders who converted to take advantage of the opportunity (e.g., oil families who pivoted to renewables, farmers who saw a more profitable use of their land with wind energy) as well as the ones who were fighting against renewables (e.g., utilities fighting renewables because it would undercut their resource or landowners who did not want to see infrastructure in their views). Having studied these trends, what would you say you learned is the best way to balance these competing interests when it comes to clean energy?

RG: As I reported this story, I kept bumping into people who had transitioned from fossil fuels to renewable energy. It made me realize how much of a generational desire there is to move away from fossil fuel combustion. In the past couple of years, we’ve seen the price of renewable energy falling to a point where it is competitive with a lot of existing fossil generation. Think about that, it is now possible to generate electricity from a newly built renewable project at a lower cost than to run an existing coal plant.

Renewables are going to continue to elbow fossil generation off the grid in the United States. The question is becoming: how do we maintain grid stability? And are there ways to help utilities with stranded assets that are no longer commercially viable? As we add more and more renewable electricity, we’re going to need to add transmission. There are a lot of people who don’t want to see new high-voltage transmission wires. I’m paying close attention to some projects looking to building new DC wires underground along existing utility corridors such as railroads or interstates. That will remove a lot of the opposition to these projects.

EC: The story of Michael Skelly building up the wind energy possibilities is obviously a story of the past, but I'm sure it can inform the future-- what did you learn that might impact the future of wind energy and renewable energy more widely?

RG: Wind and solar are the low cost source of power generation in much of the country—and they’re only going to get less expensive. The end of the tax credit will slow development of wind, but not for long. If the U.S. can get serious about building interregional transmission, we can move gigawatts of inexpensive, cheap power — as well as a create a more stable grid.

One of the big lessons I took is that we’re shackled by early 20th century rules governing electricity and utilities. We have a Balkanized grid. If we can rethink this, there are significant dividends waiting.

EC: How would you rank the relative importance to the success (or failure) of wind energy of: energy policies & regulations, technological innovations, and market factors? Are any of them more responsible for the current success than the others, or are any of them in the midst of holding back wind energy from its full potential?

RG: This is a classic story of all of these coming together. In the U.S., we had an on again/off again policy of tax credits that helped propel the industry. And the state renewable requirements have been very important also.

These policies enabled investment in technology, much of which was already underway in Europe. Turbines got bigger and sturdier. There have been a lot of metallurgic advancements that allow turbines to operate more reliability and to drive down construction costs.

Add those together and prices started to fall. A decade ago, good luck finding a wind power purchase agreement for less than $75 per megawatt hour. Today we’re seeing deals at or below $20. These market forces are quite compelling. I mean, if I’m a regulator and could get renewable power for $20 per megawatt hour without risks of rising fuel costs? That’s enticing.

Going forward, I think technological improvements are flattening for onshore wind. (Offshore wind could still see some more significant cost declines.) I’m watching policy closely. There are a lot of states creating new subsidies for nuclear power and coal. And then there’s the question of whether the states and federal government will get behind transmission lines.

EC: Among the common knocks against wind energy is the intermittent nature of an energy source that only generates when the weather allows, similar to solar. How much potential do you see in energy storage, HVDC transmission, and other technology advances in addressing those concerns in a satisfying way?

RG: We’re already seeing some storage solutions, but so far those are mainly intended to replace for older, expensive peaker plants.

There has been a lot of research done on how to integrate 30%, 40%, 50% (and more) renewable energy on the grid. One of the big findings is with enough transmission, intermittency becomes less of an issue. When you create a large network, the whole gets more resilient. This was Skelly’s vision: build more HVDC and you end up with a better grid.

EC: Offshore wind energy is often halted by concerns about people living on the coast who worry about how the turbines will affect sight lines. In your research, did you learn anything about how to address these concerns or get such coastal communities to buy into the value, importance, and even beauty of wind turbines?

RG: Most offshore wind farms being proposed are several miles offshore. The turbines, if visible, are tiny. Community opposition was a big issue in the past, but those proposed wind farms such as Cape Wind in Massachusetts were close to shore. The industry is solving this problem by building further out to shore — as well as demonstrating that offshore wind enables the shuttering of older, dirty coal plants. 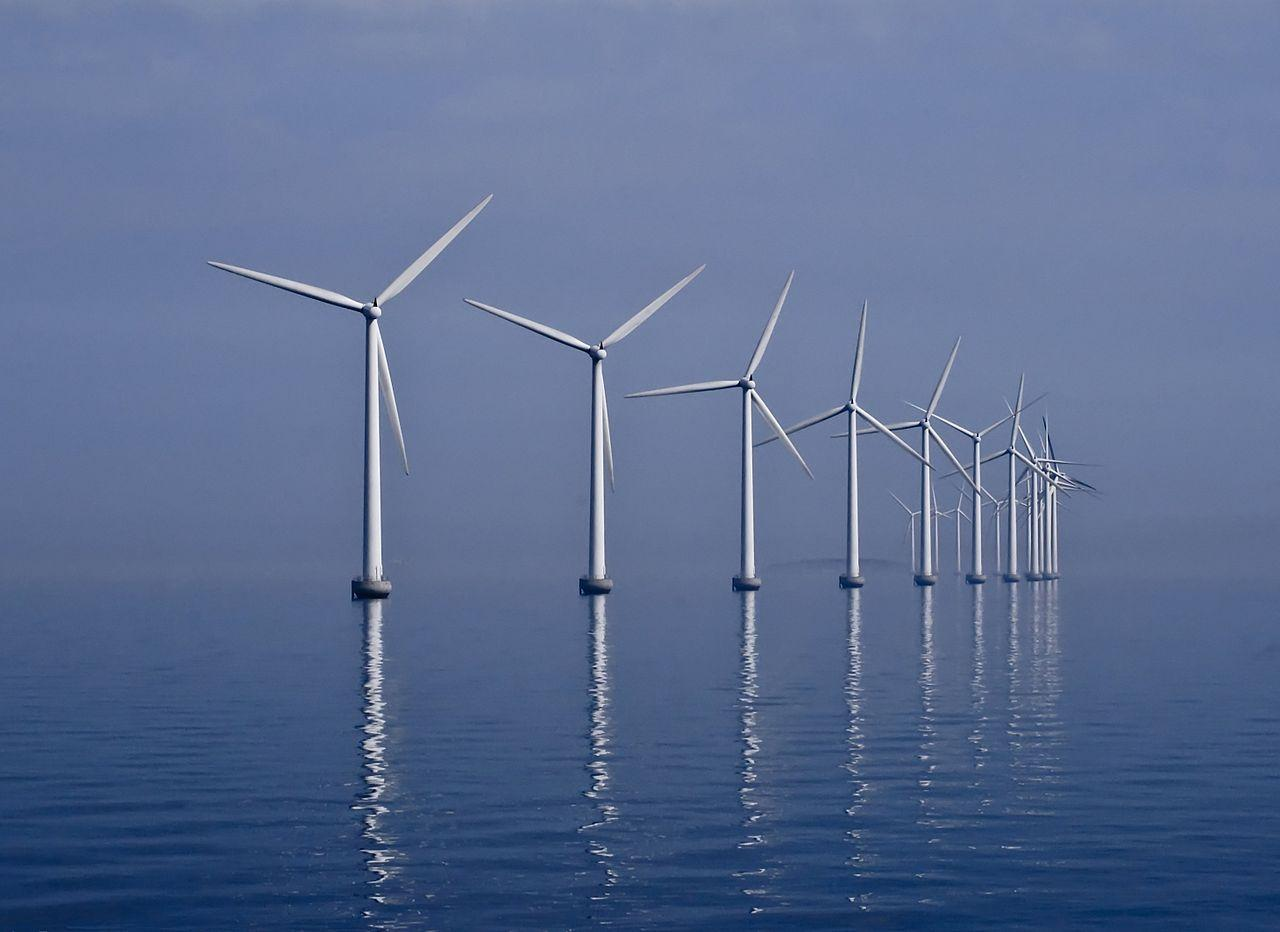 EC: If you could boil what you learned while writing this book down into a single most critical piece of advice, strategy, or outlook when it comes to the future of clean energy, what would that be?

RG: We’re in the early stages of a massive energy transition, in the United States and around the world. This isn’t going to be a smooth, linear process. There will be lurches forward, and steps backwards. We’re going to make foolish investments and incumbents will fight to maintain the status quo.

But if I learned one thing, it is this. This energy transition is going to be a fascinating place to work – as a developer, regulator or utility executive for years to come. This isn’t a sleepy backwater. It’s the cutting edge.

Exploring the Potential Impacts on Birds and Bats from Taller Turbines

WHAT’S BLOWING IN US WIND POWER

BloombergNEF Analysts' Outlook on the US Offshore Wind Market

Call for Articles: What's Blowing in US Wind Power