A confident and highly organized professional with experience of more than 12 years mainly in Renewables & Technology sector in multinational companies worked within multicultural...

THE ROLE OF BLOCKCHAIN IN RENEWABLE ENERGY

There is an emerging trend of Blockchain technology being used in order to demonstrate the provenance of renewable energy sources. This tech affords each unit of generation to have a smart contract link between producer and off-taker. Thereby, assuring its origin, and thus avoiding any potential doubt or misrepresentation.

This is of particular relevance with the increasing number of corporate power-purchase agreements. Given that many corporations enter these agreements with a view to meeting their sustainability targets, it is important to be able to substantiate their source and that they are in fact carbon-free.

In this context, Blockchain offers an effective way of source tracking in a timely fashion. And avoids the need for more traditional means, which involve extensive audits to ensure that power is indeed from suitably sustainable sources.

This can prove a particular problem for firms buying unbundled renewable energy certificate, such as in the United States, which can be considerably more difficult to track or accurately account for.

This may underscore the additional relevance in Blockchain technology, which allows for customers to source from a particular producer or generation plant. And have the means to accurately prove the source of their energy.

This is definitely an exciting trend in renewables. It allows for accountability and transparency in adhering to one’s sustainability objectives. And certainly well worth monitoring its evolution.

There are several players in the market furnishing such services. However, the one which I have worked with on accruing much of this information is FlexiDao. It is an industry leader, having tracked some 3 tera-watt hours of energy per annum across nine countries. It offers a blockchain platform on a white-label basis to companies such as Accoina Energia, EDP and Iberdrola.

One may ask why many market participants and corporates should care that much about sustainability. Well, from an economic perspective, various financial institutions, such as the European Investment Bank (EIB) will increasingly only fund projects which meet high environmental and social standards. As a consequence, corporations which are heavy carbon producers will have greater difficulty in raising credit and be subjected to higher interest rates. By contrast corporations with a favourable record will have comparatively beneficial terms from such institutions.

In conclusion, the “Green Revolution” is firmly on the rise within Europe and other regions globally. With ambitious targets aiming towards a carbon free society by 2050, this is a policy position which will only become more entrenched with time. As a consequence, Blockchain tools will allow corporations to better prove their green credentials to access both favourable funding terms and government linked projects. In other words, it will increasingly pay to go green! 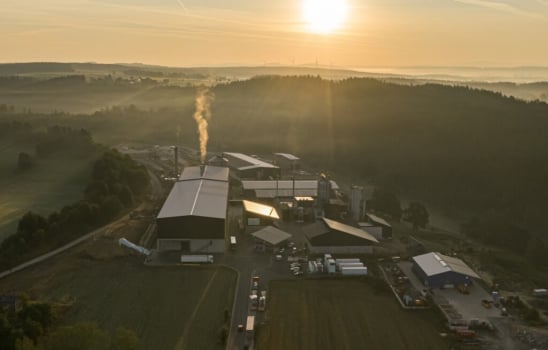 Renewable hydrogen in GermanyThe plant will run solely on renewable energy and will be CO2-free. Groundbreaking is scheduled for the end of 2020 and commissioning at the end of 2021.