Scotland narrowly missed a 100% target but renewables output has tripled in the last 10 years. 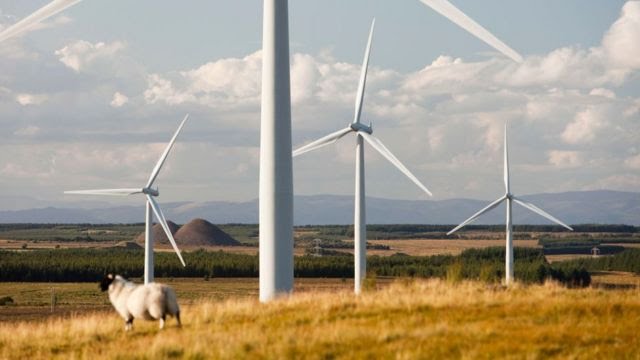 More fake statistics out of the renewables propaganda farm, Charley. Read the fine print (even BBC doesn't get it right):

"In 2019 Scotland met 90.1% of its equivalent electricity consumption from renewables, according to Scottish Government figures."

"Equivalent electricity consumption" is a euphemism for generation minus exports. Did Scotland actually use 97% of the renewable electricity it generated? Of course not - otherwise, Scots would only have energy when the wind is blowing. And believe it or not, the wind doesn't blow every second of every day.

It doesn't take a genius to determine how far Scotland is stretching the truth:

Don't get me wrong - Scotland is generating a lot of clean electricity at offshore wind farms, and if it's displacing some coal and gas in England or Ireland, that's wonderful. The North Sea is one of the windiest areas of the world. But do you think Ireland and England are crediting Scotland with that renewable generation?

Of course not - they're counting it as their own, too. Just like in 26 U.S. states, renewable generation is being double-counted - given twice the clean-energy credit it deserves - and we don't hear a whisper about the millions of tons of CO2 emissions from Peterhead. Meanwhile, the atmosphere doesn't care if Scotland lies about its gas consumption. It just gets warmer, and warmer, and warmer.