Renewable energy: Americans are optimistic, but not quite right

What do Americans know about energy? Not as much as they think they do, according to a Makovsky survey of more than 1,000 residents across the United States.

Turns out that Americans are a bit overly optimistic about the role that renewable energy plays in the US. The average American believes that 20 percent of our energy use comes from renewables-11 percent from solar and 9 percent from wind.

The reality is quite different. According to the US Energy Information Administration (EIA), solar is at 1 percent and wind is at 2 percent. 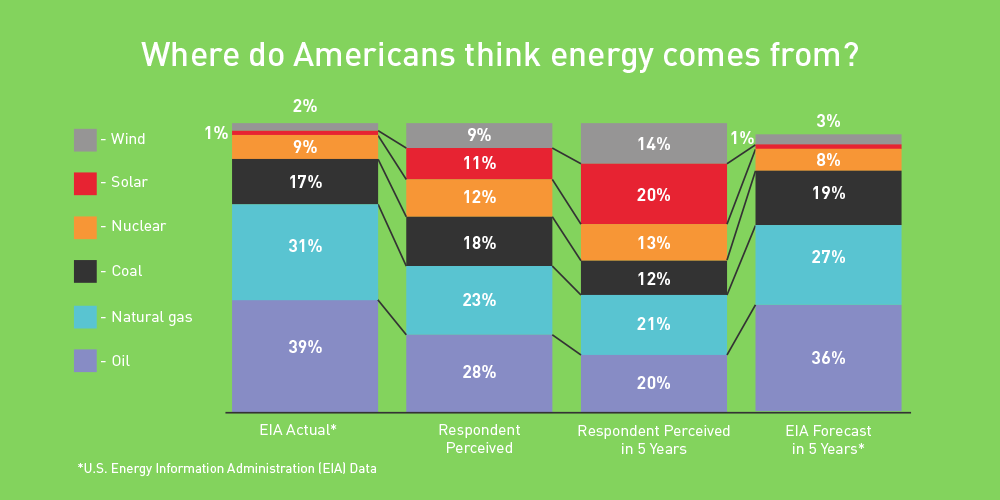 What does this disparity show? That the renewables industry has done a really good job of highlighting its success and positioning itself as the energy source of choice in the American public's mind.

And where do consumers go for information on energy? Well, it's not corporate websites or environmental advocacy websites, according to the survey respondents.

Boomers trust TV news for information while Millennials also opt for TV news, along with online news sites and social media -way more so than newspapers and magazines. 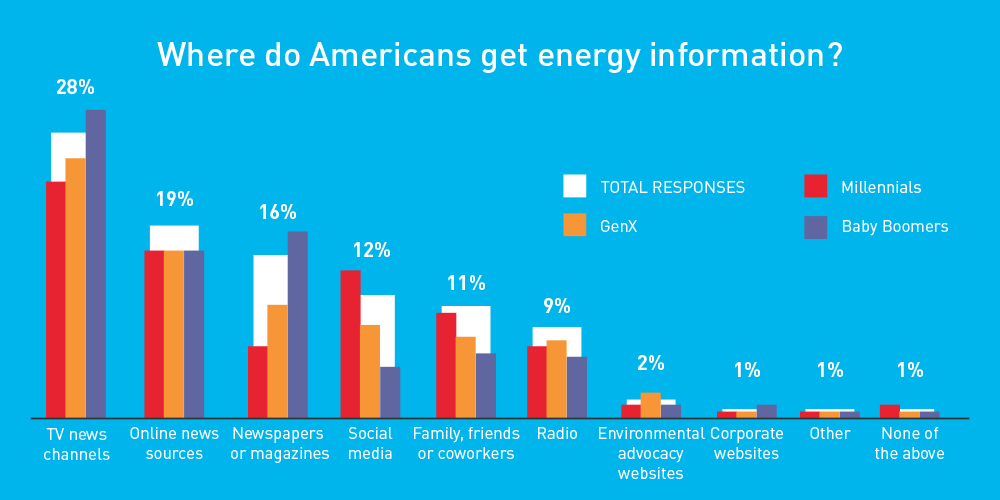 With more than half of those surveyed (57%) reporting that they hear about energy issues a few times a week, these results suggest energy companies across the spectrum need to be aware of how Americans want to consume their energy information. And they need to think about strategies that convey trust, stewardship and innovation. A one-size-fits-all approach simply no longer works for any segment of the energy industry.

There's more in our survey - from what solutions are best to how Americans make energy choices. We'll cover those in our next blog post.

Andy Beck is Executive Vice President of Makovsky's energy, manufacturing and sustainability practice, and general manager of Makovsky's Washington, D.C. office. Previously, Andy served as the Director of Public Affairs for the U.S. Department of Energy.

BP’s decision to slash its crude production this decade is brave. But its assumption that pivoting to low carbon will be profitable is heroic.