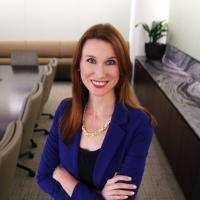 Alex Hobson is currently the Vice President of Communications at the American Council on Renewable Energy (ACORE). Previously, Alex served as the Senior Communications Manager for the Solar...

Despite nationwide reopenings, job recovery in the U.S. clean energy sector slowed to a trickle in July. Only 3,200 clean energy jobs returned last month, a sharp decline from June's short-lived surge of 106,000 job gains and further indication that – without support from Congress – what was one of the nation’s fastest-growing job sectors faces a long recovery.

July’s 0.1% employment growth leaves more than half-a-million (511,075) clean energy workers jobless, according to the latest analysis of federal unemployment filings from E2 (Environmental Entrepreneurs), E4TheFuture and the American Council on Renewable Energy (ACORE). At the current pace, and without federal support, it would take nearly 15 years for the U.S. clean energy sector to reach pre-COVID-19 employment levels.

According to the monthly report, just one out of every six clean energy jobs lost since March has returned, and fewer than 10 states saw 100-plus clean energy employees back on the payroll in July. As federal Paycheck Protection Program (PPP) funds are exhausted and businesses are forced to close or scale back due to COVID-19’s resurgence, more layoffs could be imminent without congressional action.

Nationally, more than 15% of the clean energy workforce has filed for unemployment since the pandemic’s onset. Before COVID-19, nearly 3.4 million Americans across all 50 states and the District of Columbia worked in clean energy occupations – renewable energy, energy efficiency, grid modernization, clean vehicles and fuels. That’s more people than work in real estate, banking, or agriculture in the U.S. and three times the number that work in fossil fuels. Clean energy jobs had been growing 70% faster than the overall economy from 2015-2019, according to E2’s Clean Jobs America report.

Many of these jobs could be saved – and many more created quickly. July’s “Build Back Better, Faster” report from E2 and E4TheFuture shows that with a reasonable but robust investment in clean energy through existing, funding-approved federal programs, more than 860,000 jobs and $330 billion in economic activity could be generated. For details, see the full “Build Back Better, Faster” report here.

Bob Keefe, Executive Director of E2 said:
“While the rest of the world is doubling down on clean energy to jump-start their economies, our country’s leaders are sitting around watching these jobs disappear. Study after study – as well as history – shows investing in clean energy is the best and fastest way to build back our economy. Why doesn’t Congress get it – and do something?”

Pat Stanton, Policy Director for E4TheFuture said:
“July’s analysis is cause for grave concern. Clean energy workers in every American county are eager to help our economy recover while contributing to cleaner air. Investing in clean energy today can bring economic, environmental, and equity benefits that will last for decades. Let’s get these workers back on the job now.”

Gregory Wetstone, President and CEO of the American Council on Renewable Energy (ACORE), said:
“The renewable sector’s modest job gains in June have stalled out and are at risk of reversing again. Fourteen percent of our workforce is still unemployed. What is needed most right now is temporary refundability of renewable tax credits so projects can continue to move forward despite an increasingly constrained tax equity market, and a delay in the scheduled phasedown of existing tax credits. Enacting these commonsense emergency relief measures into law would stem ongoing job losses in every state and enable the renewable industry to help power the nation’s economic recovery.”

Phil Jordan, Vice President and Principal at BW Research Partnership said:
“The job recovery in the clean energy sector has stalled. While July brought new jobs to some parts of the U.S. economy, clean energy has a long way to go to regain the more than 500,000 jobs lost since February."

The data analyzed for this report did not include workers who had their hours slashed and are now significantly underemployed.