Construction of one of the largest solar photovoltaic (PV) power plants in the Americas is well under way in the Chihuahuan Desert outside of Torreón, Mexico in Coahuila state. Enel Green Power is building the 754 MW, US$650 million Villanueva solar PV power plant, which calls for installation of more than 2.3 million solar PV panels on a desert project site that spans a total area of 3,000 hectares (7 ,410 acres).

All those PV panels will imbued with a considerable amount of automated, networked “intelligence.” On March 19, NEXTracker announced that it has delivered 754 MW worth of its Gen2 NX Horizon solar trackers to the Villanueva project site. Working in partnership with Swinerton Renewable Energy, NEXTracker employees are installing the tracking systems.

NEXTracker expanded its manufacturing capacity in Mexico in order to deliver Villanueva's solar tracking system on time, as well as support other projects in Mexico and the US Southwest. The Fremont, Calif.-based company delivered 340,261 piers and 2,858 miles worth of torque tubes on-time to the Villanueva project.

Being built out in three phases, three utility-scale solar PV power plants are being built at the Villanueva project site. Villanueva began selling and dispatching energy to the grid last December, nine months ahead of schedule, NEXTracker points out.

Enel Green Power is able to monitor and control each row of solar PV panels being installed at Villanueva, as well as bring each row online sequentially as project construction progresses. That improves the process of commissioning the plant and should yield substantial increases in energy and power output over the facility's life cycle. 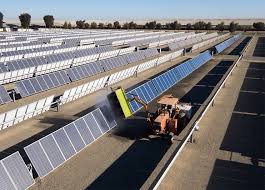 NEXTracker CEO Dan Shugar noted the significance of its role in bringing the Villanueva solar power project through to fruition, touting the company and Swinerton's logistics and project management capabilities in the process. “This announcement demonstrates NEXTracker’s ability to massively scale and innovate with our customers in new markets, of which Mexico is especially promising,” Shugar stated for the news release.

“Our installation partner, Swinerton Renewable Energy, has been instrumental in supporting array construction. Together with SRE and regional manufacturing, we have been able to accelerate the deployment of this plant. We are honored to promote the growth of the renewable energy industry in Mexico.”

Enel Green Power is employing the latest in location-tracking technology to manage Villanueva's construction. That includes using satellite and terrestrial communications networks to track and control each and every component, all of which are equipped with GPS sensors, Enel Green Power highlighted in a July 2017 news release.

“Thanks to a barcode-based system as well as to the use of wireless laser barcode scanners it is possible to send information to the main database, controlling at the same time the project’s material stock,”  Enel Green Power site manager Belarmino Ramírez noted.

A model of sustainable energy and project development

Enel Green Power expects to complete the three Villanueva solar power plants and bring them online in 2018's second half. In addition to the jobs, income and investment returns Villanueva produces, Enel Green Power estimates that production of more than 1,711 GW of emissions-free, renewable power will avoid more than 783,638 metric tons of carbon dioxide emissions. 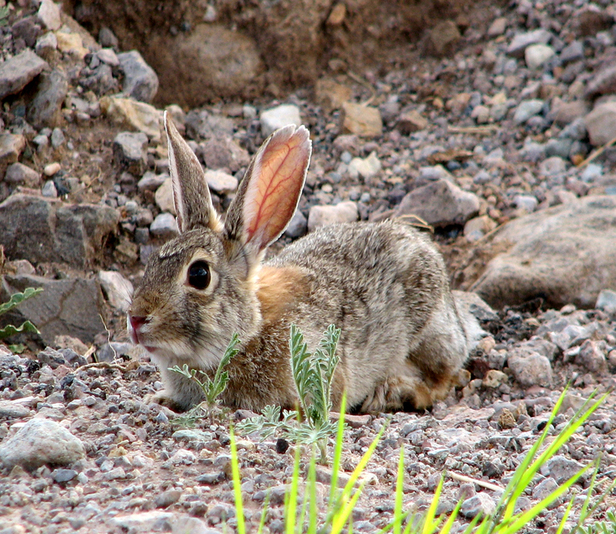 Enel Green Power's Villanueva solar power project may also serve as a model when it comes to environmental sensitivity and community engagement. Making use of abundant, local solar energy resources saves a tremendous amount of water as compared to conventional fossil fuel power plants. That has a very real and substantial – though unaccounted for – value in the desert region.

Furthermore, the Italian multinational renewable energy project developer worked closely with Mexican environmental, local government and the community to ensure the project would be well received and minimize threats to wildlife and the desert ecosystem, management highlights.

Following through and putting its CSV, corporate social responsibility, concept of doing business into practice, Villanueva project partners reached an agreement with local communities and authorities so that wooden pallets from the project site are recycled to provide local communities with wood to build furniture, for instance. 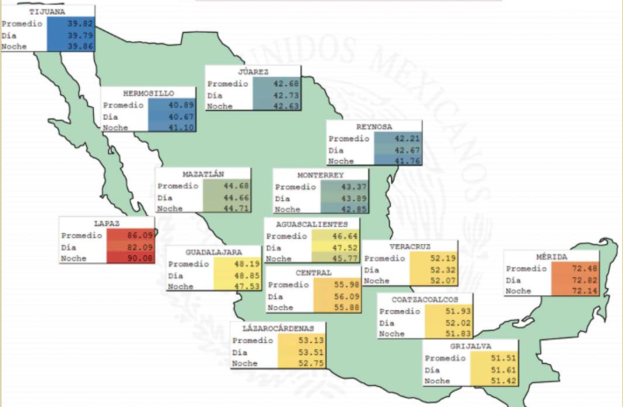 The cost of building utility-scale solar power in Mexico has dropped in recent years to the point where it's among the lowest in the world. Solar project developer bids accepted in Mexico's Nov. 2017 auction came in around the US$20 per MWh (US$0.02/kWh) range, not much higher than the world record-low of US$1.77/MWh set in Saudi Arabia.

The cost of producing emissions-free, renewable solar energy has more than halved over Mexico's most recent three auctions, from $44.90 per megawatt-hour in the first round to $31.70 in the second and $20.53 in the one completed this November, GTM's Jason Deign pointed out.

Required use of national clean energy certificates makes for a more complex process of determining costs and bids, but they may be contributing to lower bids by offering the prospect of higher returns, he added.

Some solar market analysts believe the current period of sharp reductions in utility-scale solar auctions in Mexico and worldwide is at or near an end. “Now, between bids for 1.97 cents per kilowatt-hour in Mexico and 1.786 cents per kilowatt-hour in Saudi Arabia, the industry needs to start thinking about what the price floor for unsubsidized solar might really look like with current technologies,” GTM Research global solar markets research analyst Benjamin Attia was quoted by Deign.