CIP have suggested that Brintø could be operational by 2030, and could prove to be a vital step in securing green energy supply for Europe.

The hydrogen produced via Power-to-X will use offshore wind electricity and will be hoped to be exported to countries such as, Germany, the Netherlands, and Belgium using pipelines.

Thomas Dalsgaard, Partner at CIP, said, “The Danish, German, Dutch, and Belgian ambitions for the North Sea show the rest of the world how the green transition can be turbocharged if you dare to think big, internationally and in integrated systems.

“Green energy will be harvested on a large scale out at sea, tied together by energy islands, converted into green hydrogen, and transported across borders via offshore hydrogen infrastructure.

Copenhagen Infrastructure Partners (CIP) have announced today (May 20) a proposal to build a dedicated artificial island in the North Sea, for large-scale green hydrogen...

Michael commented on ...
Nuclear Power Plant Modernization: A Tale of Two Utilities [an Energy Central PowerTalk™ with EPRI and Partners]
Nuclear plant modernization is handicapped by the heavy burden of nuclear regulations. 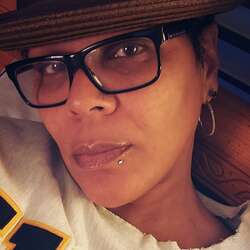 Stephanie commented on ...
Episode #83: 'Embracing The Utility Role Of Community & Economic Development' With Patrick Smith [an Energy Central Power Perspectives™ Podcast]
I really enjoyed this podcast! The lightning round was really cool too! The fact that your dream job is so far removed from your actual job is...

Mike commented on ...
PGE Ramps Up Innovation Creds with Larry Bekkedahl [Recognizing One of the 2022 Energy Central Innovation Champions: Larry Bekkedahl]
Congratulations Larry.  Well deserved.  You do a lot for our industry!   All the best.  Mike