Dramatic drops in the price of electrolysers, combined with low-cost renewable energy, can enable green H2 to be the cheapest form of hydrogen by the end of the

I tend to be a green hydrogen skeptic, but I will say that the analysis by Ms. van Dorsten is competent. It correctly states the conditions required for green hydrogen production at $1/kg (plant gate): a 35 - 50% drop in the specific capital cost of electrolysis systems, combined with bulk electricity at $10/MWh (1 cent per kWh) with a duty cycle of at least 50%.

OK, thanks, Wood Mackenzie. Excuse me if I linger in the skeptic's corner a while longer.

Roger, Roger. Disappointing that you view as competent an analysis by Wood-Mackenzie, self-admitted servant of the "Oil & Gas / Gas and LNG" industries (note 'gas' appears twice) on future prospects for the yet-to-be-commercially-produced fantasy fuel known as Green Hydrogen.

Does W-M include the energy/cost penalties of compressing/liquifying hydrogen for transport from the massive offshore windfarms or remote solar farms where it will supposedly be manufactured? Of course not. With all externalities included, I have yet to see a reputable cost estimate for hydrogen-from-water that's less than five times greater than an energy-equivalent amount of methane.

What source of renewable energy (other than geothermal and hydro) has a duty cycle greater than 50%? Why wouldn't we continue to allow the few sources of electricity that are both renewable and reliable to generate straight to the grid?

Below: Artist's conception of a proposed LNG tanker shipping 100% green, carbon-free hydrogen in 2030. Sure, ships burning bunker oil will always generate greenhouse gases, but water vapor will be the only exhaust from the tailpipe of your fuel cell vehicle! 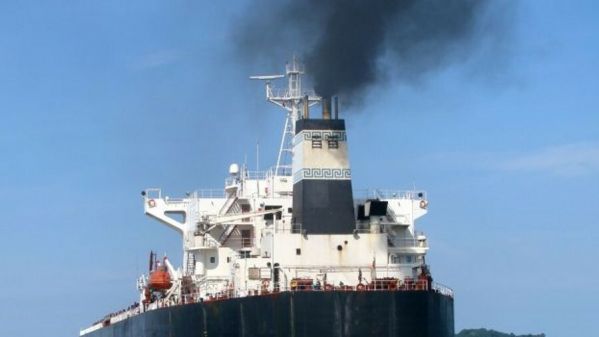 "It has come to my attention" (as they say) that the ironic intent of my comment above may have been lost on many readers. Sorry about that.

To be clear, I don't regard the conditions required to produce green hydrogen for $1/kg as realistically achievable on a widespread basis any time soon. Yes, there are special cases. Iceland, thanks to its large geothermal and hydroelectric resources and small population, already enjoys a fully decarbonized power grid. They already produce some amount of truly green hydrogen. They combine it with CO2 captured from volcanic vents to produce green methanol.

Paraguay, I believe, recently joined Iceland in the exclusive club of nations with fully decarbonized power grids. Paraguay, like Iceland, enjoys abundant hydroelectric power resources serving a relatively small population. They're a second country that could produce truly green hydrogen. Norway too has a fully decarbonized electric grid, but is not in a position to produce truly green hydrogen. The problem is that they export large amounts hydroelectric power to other countries in northern Europe. So any power that they divert for production of electrolytic hydrogen has to be made up for elsewhere in Europe by increased generation from fossil fuels.

There are no theoretical reasons why hydrogen couldn't do better as an energy carrier. There are technical reasons, however, why significant improvements will be hard to come by.  I really hate to see the wasteful scramble to hop aboard the bandwagon of a technology that isn't what it's touted to be. I fear that it will divert us from developing more fruitful approaches to reducing carbon emissions.

Europe’s crisis policy outlook
Duke Energy outlines progress on clean energy transition
Over the Next 3 Years, FERC Foresees 67.1-GW of New Solar Capacity and 17.5-GW of Wind But Only 3.2-GW of Net New Natural Gas
Why ACCC® Conductors are Being Widely Deployed to Combat Climate Change

Audra commented on ...
The “Pore Space” Race Has Begun
Len - curious are there any long-term effects that should be considered with this?  Also, I believe this is a fairly costly endeavor - are there...

Rick commented on ...
Ag-NET
My wife and I have a LOT of experience with this topic.

Julian commented on ...
The Golden State’s Future – Welcome to Lithium Valley
It might also be added that one of the countries with large lithium deposits is Chile.  Chile's President Boric is a big supporter of BDS, and...

Matt commented on ...
What Utility Companies Should Know About ESG in Building
There is no universally accepted ESG standard as of 2022, but that will likely change as the climate crisis deadlines approach.