The Problems and Politics of Carbon Tax Pricing

Even though it has been around since the 1970s, carbon tax has gained popularity as a policy measure only in recent times. While the fundamentals of a carbon tax are already known, several questions relating to its design and implementation remain. None, however, is more important than the one about its price.

Put an unrealistically  high tax cost and a country runs the risk of depressing productivity figures as consumers and industry pull back and GDP suffers. But a low carbon tax tantamounts to a token gesture that does not achieve much by way of a cut in carbon emissions.

Carbon tax proposals in recent years span an array of figures. For example, the Obama administration estimated carbon tax prices in the region between $15 to $50 while the Trump administration has a much lower estimate of between $1 to $7 for the tax price. Other peer-reviewed price estimates for carbon tax span the gamut from $0 to $1,000.

Congressman Ted Deutch (R-FL)  suggested taxing carbon at $15 per ton on a yearly basis, with an increase of $10 per ton every year, in January. His estimate is less than the $24 per ton proposal put forward by Carlos Curbelo, who was also a Republican Congressman from Florida, last year. (Curbelo lost his reelection bid to a Democrat last year and received the honor of being mocked by President Trump). Curbelo’s proposal planned for a 2% increase in line with increases in the Consumer Price Index (CPI).

The wide range of these estimates is primarily due to the conceptual peculiarities of such a tax. A carbon tax is essentially a social cost on using carbon. But it is difficult to estimate these costs in an increasingly complex and interdependent global order and energy system.

Alternate design approaches, that do not attempt to estimate a social cost in advance, come with their own set of problems. For example, one can begin with the end tax rate as goal and calculate the required emissions that will enable reaching that goal. The problem with this approach is that it may be the wrong idea to use tax amounts as tools for targeting carbon emission goals. Another method is to set tax rates for given revenue targets year-over-year. But setting revenue goals might distract from the ultimate emissions goal.

At a recent event, Dr. Noah Kaufman, research scholar at Columbia University’s Center for Global Energy Policy, said one of the best ways to approach planning for a carbon tax is to work backwards from a planned date for net zero emissions.

The United Kingdom, which has set a date of 2050 for net zero emissions, is following this approach. The country is the second-biggest polluter of carbon in the EU and has set a charge of 16 pounds (approx. $20) per ton of carbon, starting November 4 and subject to a no-deal Brexit. The carbon tax would replace levies under the European Emission Trading System (ETS).

But these estimates are predicated on sensitivity to several inputs, each of which has an important bearing on the overall result and could derail efforts to maintain an optimal carbon tax price.

For example, development of new renewable energy technologies could accelerate the move towards a carbon-free economy. Economic growth figures also play an important part in determining carbon taxes, primarily because the tax has a direct relationship with productivity. Government policies to tackle other environmental problems, such as air pollution and energy efficiency targets, can also be used in concert with carbon tax policy for maximum impact. In such cases, their figures could have a direct bearing on the amount for carbon tax.

The Politics of Carbon Tax Pricing

An optimal carbon tax price is also about Washington politics. The carbon tax proposal is among the few proposals to curb climate change that enjoys support from both sides of the aisle. It’s market-based incentive structure appeals to Republicans while Democrats are enticed to it because it allows for progressive tax increases and makes a place for environmental concerns at the table. But both parties disagree on the exact price at which carbon emissions should be taxed in society. (The difference in carbon tax price estimates between Obama and Trump administrations is an example of the disparities in their thinking).

According to Susanne Brooks, Director of U.S. Climate Policy and Analysis at the Environmental Defense Fund (EDF),  hybrid programs are the best way forward because they combine concerns for the environment (carbon emissions) and industry (price).

But linking prices for both emissions and taxes comes with its own set of disadvantages. For example, it would mean that regulators would have greater control over the market. It could also mean increased volatility in emissions trading markets. Brooks says that all Congressional bills for carbon taxes have, so far, included tax adjustment provisions. Again, the extent of those adjustments is still a moot point in negotiations between Democrats and Republicans.

“No one really knows,” said Susanne Brooks, when asked about the political constraints on fixing a carbon tax price, at the same event. She said it both parties (and other stakeholders in the process) have “very different levels of ambition.” The difference in ambitions is not only with regards to pricing but also about the factors incorporated into the design process for carbon tax prices. For example, the Green New Deal has made people consider the social ramifications of such taxes and whether they affect all constituents equitably. 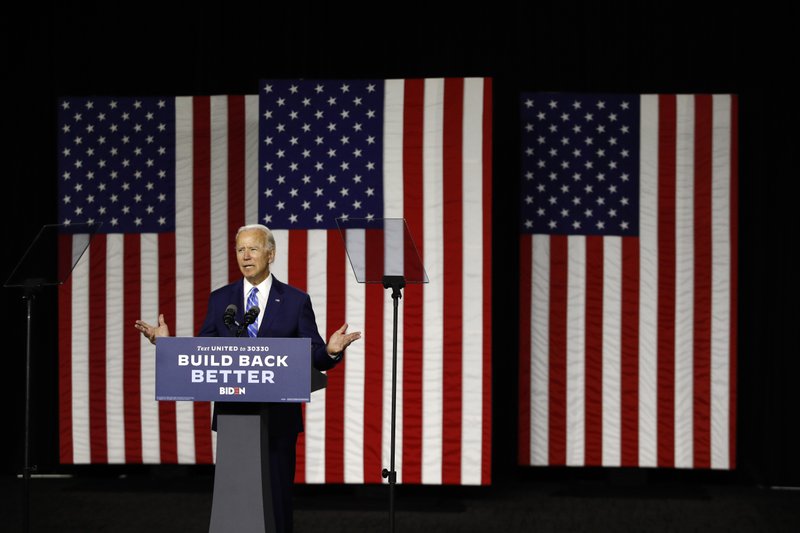 Biden supports keeping existing nuclear plants open, which could bode well for investment in new technologies. He tosses cookies around to everyone at the table, however:"Biden also backed nuclear power, unlike some of his Democratic primary..

The PSC chairman said that overall program costs would be less for consumers, "so we found the utility programs to be in the public interest." Staff urged a different outcome based on results of a Rate Impact Measure test.