During a mid-August heatwave, California utilities were forced to shut off electricity to several hundred thousand customers. In this episode, Robert Bryce talks with a former Pacific Gas & Electric engineer about recent blackouts.

OK, I admit it, I'm not a big fan of podcasts. There's so much to keep up with in energy lately I've been forced to step up my speed-reading - and now, can skim an entire article in the time it takes to listen to a budding pod-star's cheesy music and introductions (and even remember some of what I just read).

Nonetheless, I'm sharing this one because host Robert Bryce's guest is former PG&E electrical engineer Lee Cordner. Lee is an expert - on how electricity gets from the solar farm to your home, from the gas plant to the avocado grove, from the hydroelectric dam in the Pacific Northwest to downtown L.A. - and has a remarkable talent for translating the intimidating dialect of electricity transmission into plain English.

Bryce: "Simple question: what needs to happen in California now for the state to get back to reliable electricity, 20 years after Enron?"

Cordner: "Well, I think they have to change course. Basically, they have to leave Diablo Canyon operating. They have to come up with some way to keep the gas plants online and profitable, so that people don't just walk away from them. And they need to add more gas peaking plants, and more gas resources, in order to cover situations like this.

I'm not saying that you can never get to 50% renewables. But I do think you have to rearrange the priorities to say, 'Let's get to the 50% renewables and then shut down the gas plants.' You can't just hook up all of this renewable power, get rid of conventional generation, and then cross your fingers and [believe] everything's going to work. It's like some crazy science fair experiment, where you say, 'You know, this should work.'

And when it doesn't, then you have people out of power. You have people on life support systems that can't get by, and they're supposed to run down to Home Depot and get a generator, and plug a breathing machine into that. It's a really high-stakes gamble to do what they're doing, just assume that renewable power on its own is going to be sufficient to carry the grid in a reliable manner. It's just not gonna work." 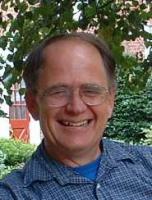 Taiwan remains at fifth spot, even though it had a valuable 65% increase and saw its pipeline grow from 9.2GW to 15.2GW.

Chris, your reasons "solar can't be stopped" all celebrate how much money there is to be made, not because "it's effective at lowering carbon em