Ten years ago, Chancellor Angela Merkel decided unilaterally to dismantle all of the nuclear plants in Germany. Nobody has ever seriously questioned the decision, DW's Jens Thurau writes. 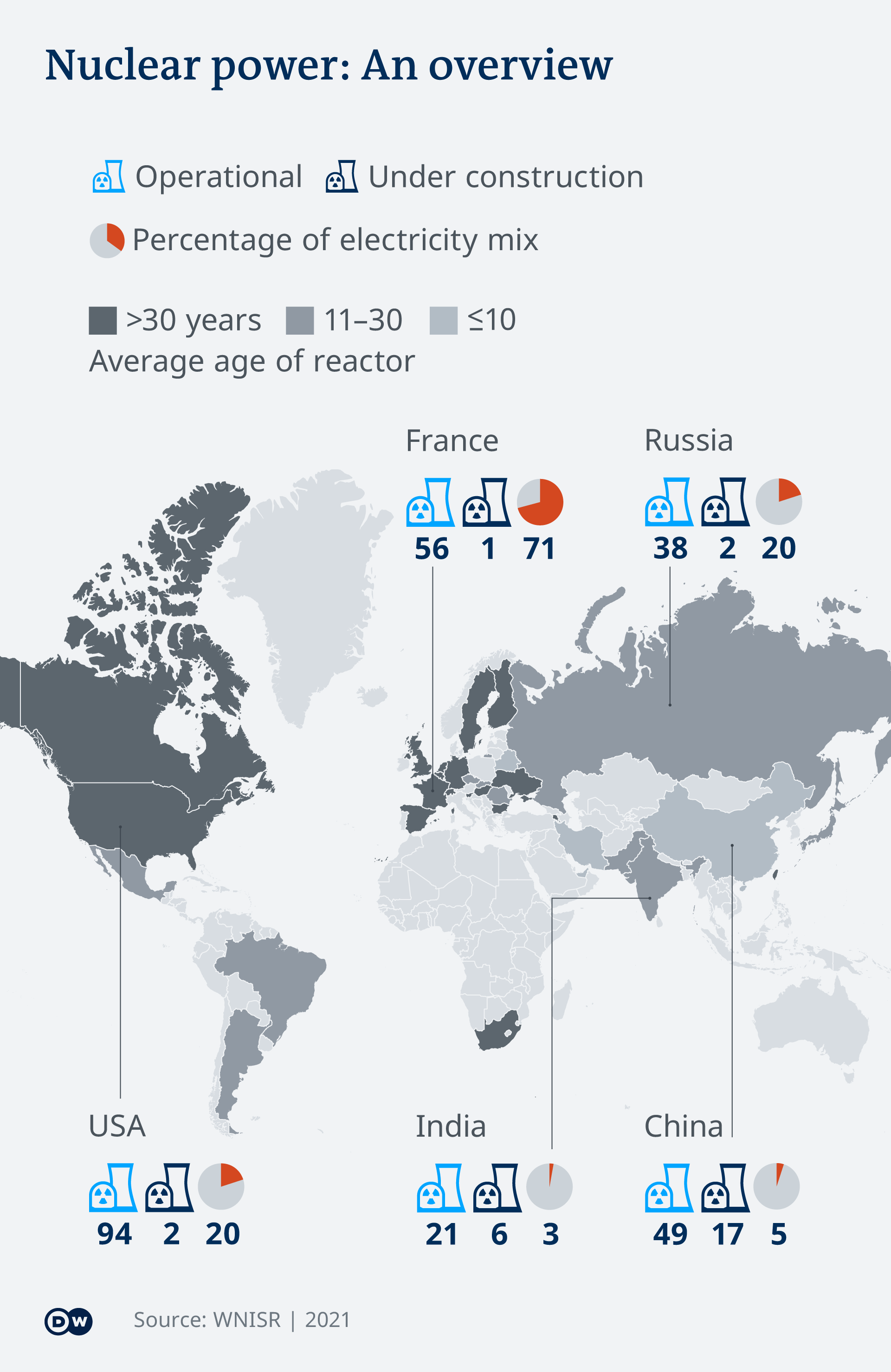 "Chancellor Angela Merkel was in her office when alarming news started trickling in from Japan....
"the devastating images of the....nuclear disaster in Fukushima...
"Germany embarked on a major transition toward...more environmentally sound energy.
"...reacted very differently to the nuclear disaster in Japan.
"...the US and China continue to operate aging nuclear reactors.
"the  Chernobyl disaster in 1986 also shocked Germany..."
"...will the radioactive waste from nuclear reactors...disappear into the earth forever.
"Nuclear plants are expensive, they require inordinate amounts of water for cooling, and they are monsters in an energy landscape..."
"oppressive silence in the death zone around the damaged reactor..."

Interesting, Charley. I imagine some among our species' ancestor, Homo Erectus, who is credited with the discovery of how to control fire, had similar reactions when they were shown what's considered to be the first significant technological advance in history. Like frightened children, they ran away and hid in caves. They lashed out at the fire-starters as demons, and from a safe distance, cast water on their monstrous invention.

The descriptions above, from your article, are the reactions of a frightened child of our own time, to our own most-significant technological advance. The big question is whether we will allow rational thought to determine our own future or the fears of frightened children.

The few advocates of nuclear energy who remain keep saying that an industrial nation such as Germany will not meet the ambitious international climate goals with wind and solar energy alone.

I'd say this is a bit of a false choice, is it not? Many renewable supporters would agree that you're not meeting the grid needs on just wind and solar, but that also doesn't mean they solution is just nuclear either. Silver bullets aren' the name of the game, but localized silver buckshot will get us where we need-- in some places that means turning up the dial on solar, in others it means new SMRs might be needed, in others it's utilizing the natural proclivity for geothermal or hydro, etc.