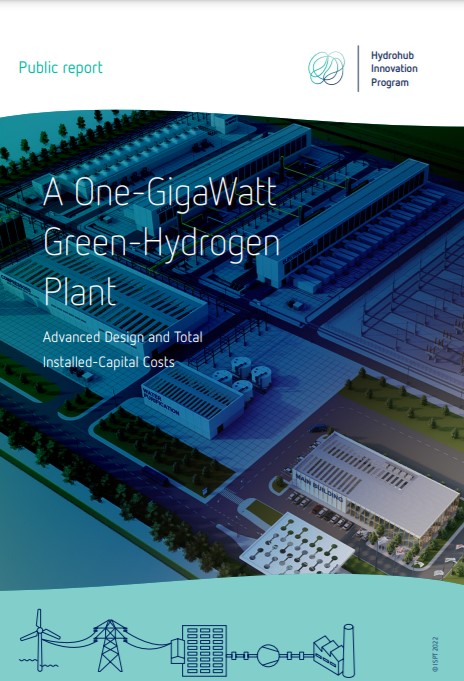 Green hydrogen can replace natural gas as an energy carrier and industry feedstock to reduce CO2 emissions. This transition requires economies of scale with the production of large volumes of green hydrogen in many large-scale water-electrolysis plants. These plants will be powered by large wind and solar parks that will have to be built within the next ten years.

The goals here are really ambitious. The European Union (EU) aims to have 40-GW of electrolyzer capacity installed by 2030, while the ambition in the Netherlands is to have built green-hydrogen plants with a combined capacity of 3 to 4 GW by that date.

The largest existing electrolyzers are at the 10-MW scale, whereas scaling up to GW scale is needed at acceptable cost levels. The Hydrohub GigaWatt-Scale Electrolyzer project has produced an advanced design for such a 1-GW green-hydrogen plant, which would use alkaline water electrolysis (AWE) and polymer electrolyte membrane (PEM) water electrolysis, and which could start up in 2030.

This advanced design builds on a previous state-of-the-art 2020 baseline design,1 and foresees a considerable drop in investment costs (CAPEX). Consequently, the levelized cost of hydrogen (LCOH) is expected to come down in the lead-up to 2030, and to continue its decline thereafter. Still, more needs to be done to create a competitive green-hydrogen market