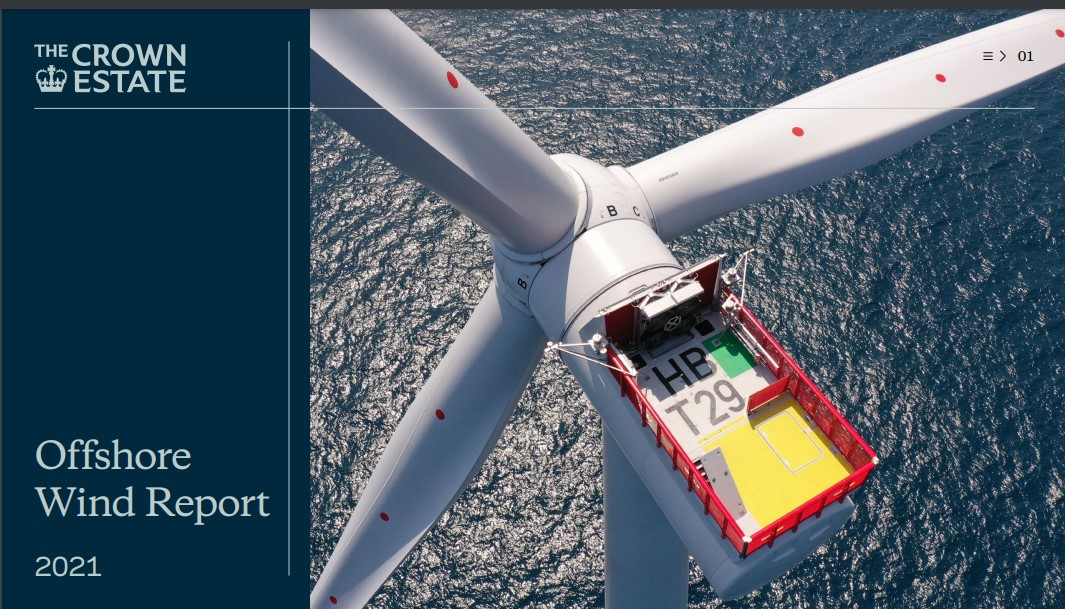 The UK is one of the world’s leading markets in offshore wind and here we look at this in the context of global capacity and key changes in the UK offshore wind portfolio during 2021.

Global offshore wind capacity in operation reached over 48.2GW, more than 20% of which was in the UK.

By the end of 2021, the capacity of fully commissioned sites reached 11.3GW, an increase of 8% on the previous year. This was due to completion of Triton Knoll, and Kincardine, off the Lincolnshire and Aberdeenshire coasts respectively.

There were some significant milestones during the year: • Kincardine became the world’s largest floating operational offshore wind farm; • Ørsted installed its 1,000th wind turbine in UK waters; • Seagreen (Phase 1) installed its first wind turbine in a project set to become Scotland’s largest offshore wind farm; • Hornsea 2 started generating electricity and is the largest site under construction in the world.

The profile of projects detailed in figure 5 changed significantly with a 25% increase in sites classed as under construction, following Final Investment Decisions and lease entry of Dogger Bank C and Sofia wind farms in March 2022. Construction of sites is taking longer due to their size, distance from shore and complexity.

The average size of UK projects under construction is now 1GW, which is more than ten times bigger than the early projects awarded rights under offshore wind Leasing Round 1, held twenty years ago. Latest turbine capacities are over seven times the size of the early technology deployed on the UK seabed. No new Contracts for Difference (CfD) were announced during 2021 but CfD Allocation Round 4 was launched in December 2021 with results due 2022. In a year where the UK hosted COP26 with all eyes on it in helping navigate global emissions reductions, enabling frameworks such as CfD remain important.

This is in spite of shorter term electricity price highs but the recent Government announcement of annual CfD allocation rounds will help enable the Government’s ambition of 50GW by 2030 and net zero targets.

The UK is the second biggest global market for offshore wind, as shown in figure 4. In addition to this, there is a robust development pipeline of projects, listed in figure 34. China overtook the UK as the largest offshore wind market during 2021, with Germany the third largest market.

The UK closed the year in 5th place in the EY’s Renewables Energy Country Attractiveness Index but scored highest in the offshore wind technology-specific scores. The index ranks the world’s top 40 markets on their renewable energy investment and deployment opportunities.

The average size of UK projects under construction is now 1GW, which is more than ten times bigger than the early projects awarded rights under offshore wind Leasing Round 1, held twenty years ago. Latest turbine capacities are over seven times the size of the early technology deployed on the UK seabed.

This is an important statistic and one that we should be watching for. Not necessarily always comparing to the early nascent stages, but pay attention to how average project capacity grows over time. It's a good metric of how the technology is advancing, the ambitions of renewable energy developers and the appetite for projects from public representatives and financiers.