Yet, global carbon dioxide emissions rose by more than 4 billion metric tons per year during that time, reaching an all-time high in 2019.

The reason for this is that overall global energy consumption — while growing at an average annual rate of only 1.9% — rose by 92 EJ from 2009 to 2019. Renewables are growing at a much faster rate, but it will take decades at the current growth rates before renewables can make a serious dent in global carbon dioxide emissions.

That’s why nuclear power could play a critical supporting role in reining in global carbon dioxide emissions. Yet, nuclear power is concentrated in a handful of countries, and very few are growing their nuclear energy production.

France recently announced it would build up to 14 new nuclear reactors by 2050. This marked a policy reversal, as President Emmanuel Macron had promised four years ago to move away from nuclear power and close 12 nuclear reactors. But the country got a reality check this winter when some of its nuclear power plants went offline, and it was forced to turn to coal as a result."

Global nuclear power production has been flat since the 2011 Fukushima nuclear disaster. But sentiment seems to be shifting as the world grapples with rising carbon emissions. 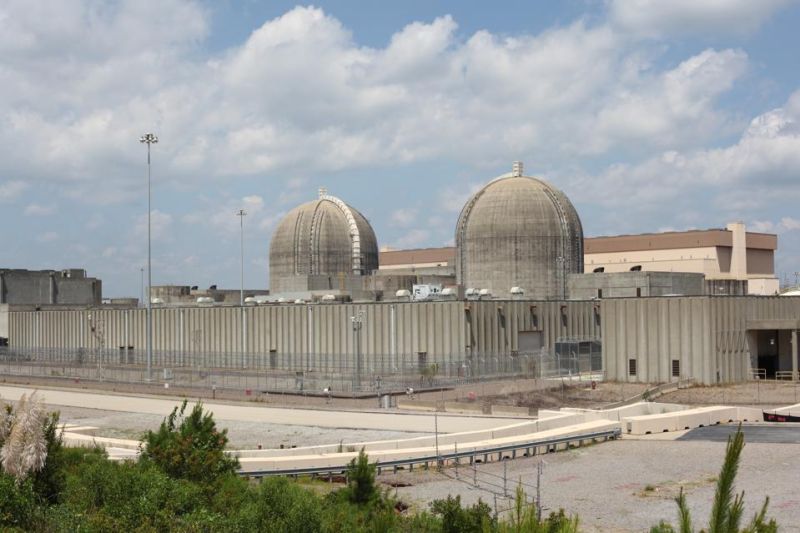 Good to hear... it's already too late for nuclear to have much of an effect on WW global carbon emissions in the 2020s but  maybe that will change in the 2030s. 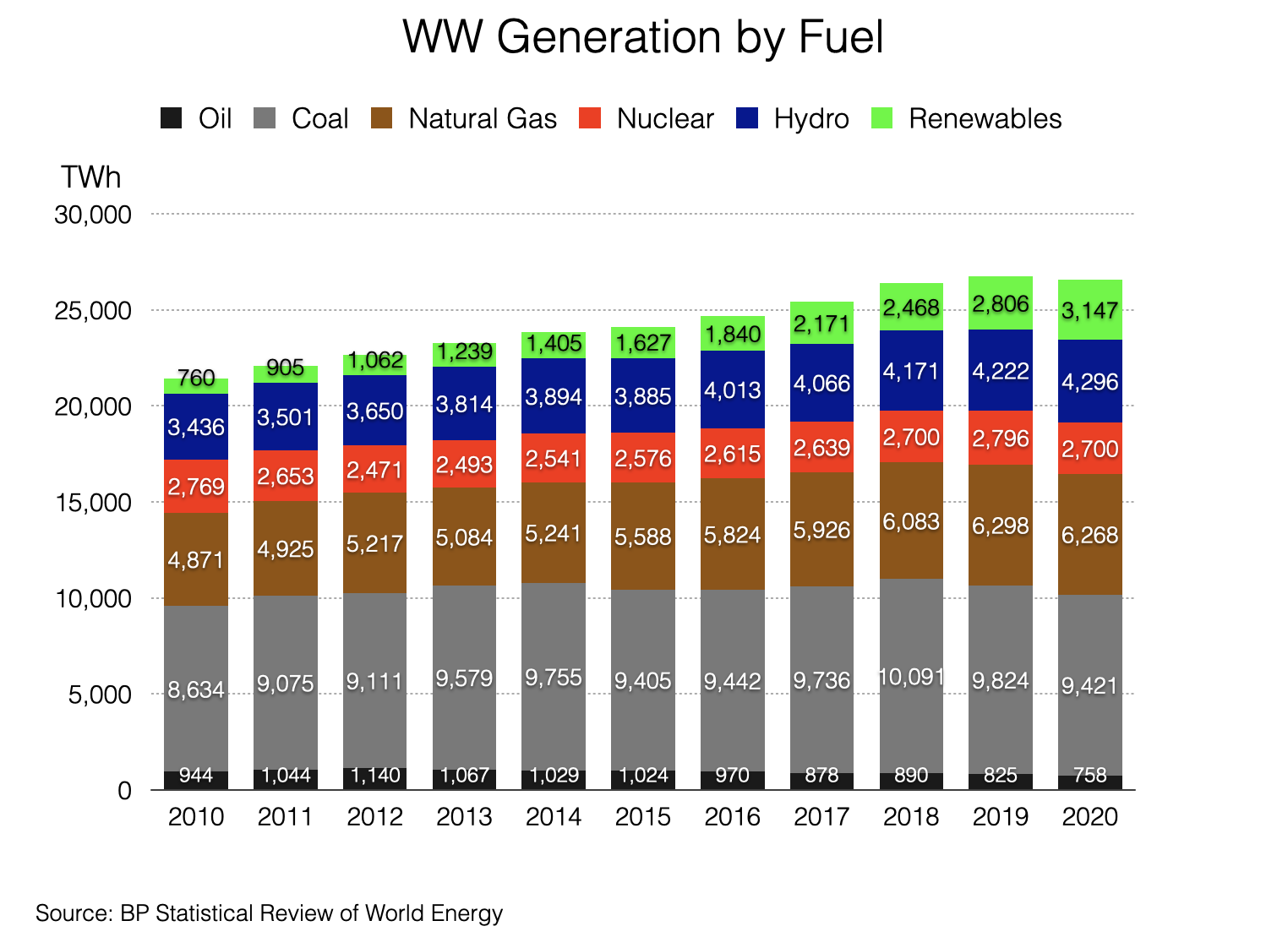 "Renewables are growing at a much faster rate, but it will take decades at the current growth rates before renewables can make a serious dent in global carbon dioxide emissions."

According to Forbes, it's already too late for renewables to have much of an effect on WW global carbon emissions in the 2030s.

According to Forbes, it's already too late for renewables to have much of an effect on WW global carbon emissions in the 2030s.

The math is pretty simple. Zero carbon sources need to grow at more than 500 TWh/year to start displacing carbon sources.  Annual renewable additions have grown to about 330 TWh/yr over the last couple of years. Hydro grew by 50 TWh/year.  Not enough.

We either need those two sources to grow more or we need some help from Nuclear which has been flat for over the last ten years. Optimistically,I think we might see nuclear contributing 50 TWh/year over the rest of this decade - if we are lucky.

So, we need to see renewables/hydro grow above 450 TWh/yr to make up for poor performance of nuclear.