"States that were once wary about nuclear power are now mulling policies to move forward with it as a way to decarbonize the electric grid, reach emissions-free energy goals, and preserve jobs in communities with aging and shuttering coal plants.

While 13 states have bans or restrictions on nuclear power construction, some are repealing moritoria and seeking to advance nuclear energy pilot projects within their borders. Critics, however, say such efforts are misguided and amount to too little, too late to address climate change.

In West Virginia, where coal has long reigned supreme, lawmakers plan to reconsider legislation to repeal the state’s 25-year-old ban on construction of new nuclear power facilities. A bill that nearly passed this year would have eased nuclear reactor projects as part of an 'all of the above' energy strategy, according to Del. Kayla Young (D), who supports the idea.

'I’ve been working on it all year and made a lot of headway, and I feel great about our potential to lift the ban,' Young said.

West Virginia isn’t alone. Several states are seeking to partner with the federal government to become the pilot site for small or medium reactors, and two have projects underway through the Department of Energy."

Photo: In September, Vogtle Units 3 & 4 in Georgia are shown being fueled for the first time. Whey the units come online in 2022-23, Vogtle's four units will be the largest point source of electricity east of the Mississippi - by far - and all of it without an ounce of carbon emissions.

States that were once wary about nuclear power are now mulling policies to move forward with it as a way to decarbonize the electric grid, reach emissions-free energy goals, and preserve jobs in communities with aging and shuttering coal plants. 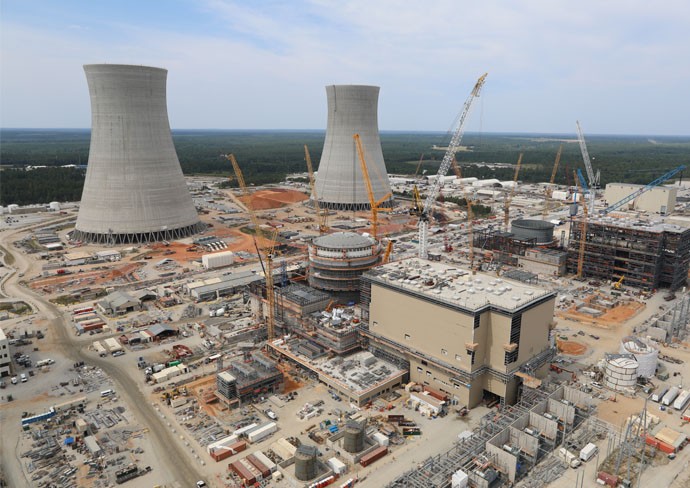