Solar-storage is displacing diesel generation on another island -- this time in the Seychelles.

ENGIE eps recently announced launch of the 100-MW Armonia solar-storage-based microgrid on Palau, which is to displace diesel generation to the tune of 45% of island-wide load.

Tesla-Solar City built a solar-storage system that's meeting all the electricity needs of the American Samoa island of Ta'u.

Closer to home, solar-storage mini- and microgrids continue to crop up in Puerto Rico in the wake of 2017's Hurricane Maria, and the US island territory's government is now considering setting a 100% renewable energy goal.

The remote Seychelles island of Alphonse lies in the southwestern Indian 400 kilometers southwest of the main island of Mahe. Its home to just one resort consisting of high-end beach bungalows.

Developed by Islands Development Corp., the Alphonse island solar-storage system combines solar PV panels and lithium batteries for storage with a power capacity of 800 kW, enough to meet 90 percent of the island's electricity needs, according to a news report.

“For the past months only five barrels of fuel has been used to power the standby generators as compared to five and seven barrels of fuels used every day previously," company CEO Glenny Savy was quoted as saying.

The remote island of Alphonse is now completely powered by the largest photovoltaic farm in Seychelles, meaning diesel fuel is no longer needed to make electricity, said a top official of the Islands Development Company. 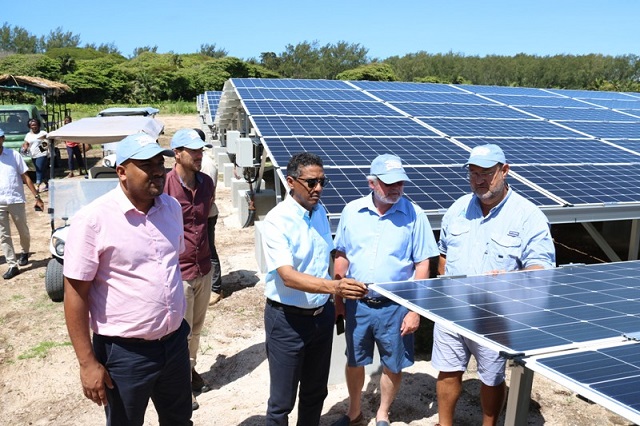 Thanks for sharing, Gareth.

Kentucky is notorious for continuing to clutch to the coal industry, so seeing this development is encouraging.