"The board had to decide whether or not it would give zero emissions credits to PSE&G, which insists it will have to shutter the [nuclear] plants without help. Critics have argued that the company does not need the subsidies to keep the plants afloat, and should take the financial hit rather than pass it on to customers.

The nuclear plants produce 90% of the state’s carbon-free energy and around 40% of the state’s total energy. Wind and solar, other clean energy options, are costly and slow to develop. Without nuclear energy, New Jersey may be forced to turn back to energy sources that produce carbon emissions.

“Were these plants to close, we would lose the single largest sources of the state’s clean energy supply, and be forced to make up that supply with sources such as fossil fuels,” said Joseph Fiordaliso, the president of the board."

Jeff Tittel, director of the New Jersey Sierra Club, blasted the decision. The state’s Energy Master Plan counts on keeping the nuclear plants in play until 2050, far longer their usual lifespan. In that time, New Jersey energy customers could pay as much as $10 billion if the subsidies continue, Tittel estimates.

“This money should be going into revamping solar and offshore wind to create clean, renewable energy and create new green jobs,” Tittel said in a statement.

“This unnecessary nuclear subsidy undermines our progress with renewable energy. More importantly, it will block us from reaching Governor Murphy’s 100% renewable energy goal by 2050. We will never be able to diversify our energy portfolio if we have to subsidize nuclear energy forever.”

The state Board of Public Utilities voted to continue New Jersey's zero-emission credit for the state's nuclear plants, source of 90% of its clean energy. 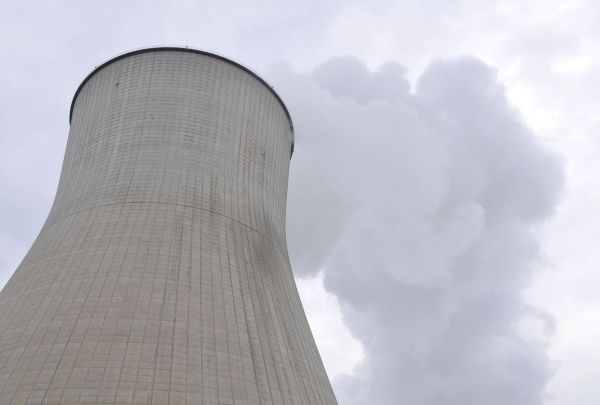 Did the Sierra Club say how much in Taxpayer Subsidies it would cost to develop the same amount of baseload solar PV and offshore wind? They are very good at saying that taxpayer money should be spent on their pet projects.

It is a bargain to prolong the life of an already built and operating base load nuclear option compared to building an intermittent replacement that wouldn't ever be considered without government coersion.

Laurence, though in the media we often hear zero-emission credits referred to as subsidies, or

"a sum of money granted by the government or a public body to assist an industry or business so that the price of a commodity or service may remain low or competitive..."

they aren't subsidies at all. The credit isn't paid by a public body, but by electricity customers as part of their electricity bill. It's credited to utility-scale generators which emit no CO2 as a waste product of generating electricity. Those generators include nuclear plants, solar farms, wind farms, geothermal plants, and hydroelectric dams.

The amount paid to each generator corresponds to the Social Cost of Carbon (SCC), a metric invented by the U.S. Environmental Protection Agency as a way to quantify the social costs imposed on society by each ton of CO2 emitted. They include financial costs, health costs, property losses, and other costs incurred as a result of climate change. Obviously, coming up with that number is a big job - one that's extremely subjective, and controversial. But EPA's best estimate (as of 2019) was that each ton of CO2 emitted was responsible for $42 in damages to society.

Because zero-emission sources don't impose that cost on society, the intent of the credit is to reward them a corresponding amount for "not generating carbon" - kind of like a backwards carbon tax. In that sense it levels the playing field - each source receives what its zero-carbon contribution is worth.

So when you hear anti-nuclear or renewables advocates refer to a zero-emission credit as a "nuclear subsidy", call them out on it. Tell them solar and wind farms get exactly the same credit, and it's based on the amount of clean energy they generate. If renewables can't generate as much clean energy, that's not your problem - tell them they should be investing in a nuke plant.