On October 15, the New York State Public Service Commission took a major step forward in the State’s efforts to reach 70 percent renewable energy consumption by 2030. In approving its Order Adopting Modifications to the Clean Energy Standard, the Commission approved the somewhat controversial “Tier 4” program to incentivize delivery of renewable energy into New York City. The Commission’s approval, however, included important deviations from the proposal made in the State’s white paper, which we discussed in detail here. The Commission also took up the question of compensation for “Tier 2,” legacy resources, which had been a topic of industry advocacy for years, directing the New York State Energy Research and Development Authority (“NYSERDA”) to move forward with a competitive solicitation program that varied from the original proposal and industry requests.

Importantly, the Order requires NYSERDA to issue a solicitation for Tier 4 renewable energy credits within 60 days of the Order’s issuance, and a Tier 2 solicitation within 120 days of the Order.  All of this while NYSERDA is also reviewing the October 20 bids for the latest round of Tier 1 onshore renewable energy projects and the October 21 bids for offshore wind projects.  If New York energy market participants and watchers thought things had been moving quickly until now, the level of activity kicked off by the Commission’s October Order will likely shift activity to an even higher gear. As Anne Reynolds of ACE-NY put it shortly after the Commission session closed, this was a “big day in clean energy policy in New York.”

The following is a synopsis of the Tier 4 and Tier 2 elements of the Order, which include material deviations from the White Paper’s proposals.

The State’s June 18, 2020 White Paper proposed a new Tier 4 of RECs within the State’s Clean Energy Standard (“CES”) to facilitate the delivery of additional renewable energy into Zone J (New York City and parts of Westchester). The proposal provided for compensation through a new program of utility-scale resource located in Zone J or that are delivered via new transmission directly into Zone J. In its October 15 Order, the Commission approved this structure in broad strokes, but with three particularly notable (among many) variations from the White Paper’s original proposal, as described below:

First, in light of the “fundamental uncertainty” – as characterized by Department of Public Service staff – regarding the quality and quantity of proposals into a Tier 4 solicitation, the Commission will require approval of any contracts after filing by DPS staff and NYSERDA and comment, prior to execution. The Commission will measure the contracts against the standard of whether such contracts would be in the “public interest.” Because of this, there will be no quantitative cap on Tier-4 REC prices, in contrast to the White Paper’s proposal to benchmark the Tier-4 REC prices to Tier-1 REC prices.

Second, the White Paper proposed that Tier 4 would be open certain Canadian hydroelectric resources, so long as they could be shown to be incremental to both an electricity supply and greenhouse gas baseline. The Commission’s Order held to the strong GHG baseline requirement, but in response to concerns from Hydro-Quebec regarding the supply baseline, the Commission determined to allow bids with and without such baseline, requiring that they be assessed both by NYSERDA and the Commission against the same public interest standard.

Third, Tier-4 contracts will have a length of 25 years, as opposed to the 30-year terms proposed in the White Paper.

The question of how these first-of-a-kind bidding procedures will play out in practice, especially given the tight timeframe within which NYSERDA is ordered to issue a solicitation, remains to be seen. It is not unlikely that parties will seek further clarity from the Commission and / or NYSERDA as bids are prepared and competitive positions assessed.

In a move that follows years of advocacy by the State’s legacy renewable energy projects, took into account a docket replete with divergent commentary, and faced up to the reality that “Commission rules . . . must adjust to th[e] market reality” that legacy, “Tier 2” “facilities may sell in other states” but are needed for New York to reach 70 by 30, the Commission instituted a “stop gap” competitive solicitation process to support these projects. Tier 2 resources are those with commercial operation dates prior to January 1, 2015, many of which will be cycling off their pre-Clean Energy Standard “Main Tier” RPS REC contracts prior to 2030.

In its Order, the Commission authorized a five-year program run by NYSERDA to issue competitive solicitations for three-year contracts, with a programmatic price cap of $200 million. Eligible resources are non-state-owned run-of-river hydropower and existing wind projects not under a NYSERDA REC contract. The Commission promised to give further consideration to “market-based solutions” for these resources, and required annual reporting from NYSERDA regarding program performance to inform such subsequent actions. The Commission granted NYSERDA significant discretion to determine solicitation capacity, limits on solicitation participation and other RFP- and contract-specific design elements; dictated a Fixed-REC design (dismissing the Index for Tier 2 as unnecessary)

NYSERDA is required in the Order to issue an RFP within 120 days of the Order, starting the race for those projects to prepare bids, sharpen pencils and consider long-term operation, repowering and bidding plans.

Both projects are landmark steps toward a renewables energy future.

Of all the areas where we can look for potential technological breakthroughs to come, it definitely seems like batteries have the most promise 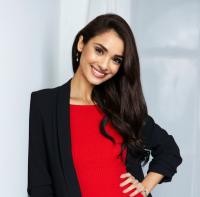 Shannon commented on ...
5 Schools Leading the Clean Energy Revolution in 2020

Hi Henry! I unfortunately couldn't find anything about how their project was funded,  although a popular way that universities fund clean energy...

Matt commented on ...
Can the US Depend Entirely on Renewable Power? Yes, and AI Technology will help.

Coming back to the question, “can the US depend entirely on renewables?” We can quibble over the exact numbers, but perfect is the enemy of the