"ALBUQUERQUE, N.M. (AP) — New Mexico sued the U.S. Nuclear Regulatory Commission on Monday over concerns that the federal agency hasn’t done enough to vet plans for a multibillion-dollar facility to store spent nuclear fuel in the state, arguing that the project would endanger residents, the environment and the economy.

New Jersey-based Holtec International wants to build a complex in southeastern New Mexico where tons of spent fuel from commercial nuclear power plants around the nation could be stored until the federal government finds a permanent solution. State officials worry that New Mexico will become a permanent dumping ground for the radioactive material.

The complaint filed in federal court contends the commission overstepped its authority regarding Holtec’s plans and that granting a license to the company could result in “imminent and substantial endangerment” to New Mexico. The state cited the potential for surface and groundwater contamination, disruption of oil and gas development in one of the nation’s most productive basins and added strain on emergency response resources."

That Holtec's facility might disrupt of oil and gas development one can only hope.

On Monday New Mexico sued the Nuclear Regulatory Commission, citing a proposed nuclear waste storage site's "potential disruption of oil and gas development in one of the nation’s most productive basins." 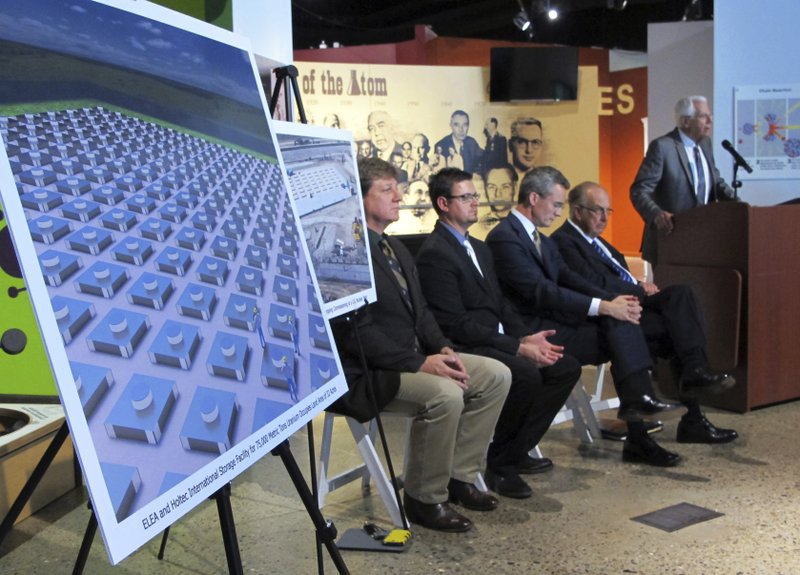