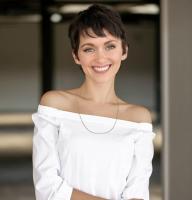 With those numbers constantly growing, the need for a nuclear waste management plan is vital.  Industry officials say the path forward needs to include both interim storage options and plans for permanent disposal.  The current administration has moved to restart the licensing process for Yucca Mountain despite concerns in Nevada.  Private companies have also applied for licenses to open temporary storage facilities in New Mexico and West Texas. Holtec International submitted an application for a license to construct an interim high-level radioactive waste storage facility that could hold up to 120,000 metric tons of spent nuclear fuel rods on a 1,000-acre property owned by Eddy Lea Energy Alliance (ELEA) near the border of Eddy and Lea counties in New Mexico.  Proposals like that face opposition from high-ranking Democrats in New Mexico, oil and gas developers in the Permian Basin, ranchers and environmentalists.  US Sen. Catherine Cortez Masto, a Nevada Democrat, said her state wants a voice in the process and that the legislation needs to be updated to allow for states to weigh in on whether they’re willing to accept any waste.  After the Holtec application, congresswoman Deb Haaland announced her opposition to storing high-level nuclear waste in New Mexico in a letter to the U.S. Department of Energy and U.S. Nuclear Regulatory Commission.

High-level radioactive waste is the byproduct of energy generated inside nuclear power plants and currently, there are over 60 dry cask storage sites across 34 states.  Plans to reclassify some of the country's radioactive waste to lesser threat levels is angering environmental groups and raising questions among experts.  Gov. Michelle Lujan Grisham has already expressed her opposition to the DOE’s plans calling it an unacceptable risk.  Many feel most people in the area are not well informed on the proposed nuclear waste site, its operations or the level of safety proposed for the site. Holtec’s plans to transport waste by rail has also raised several concerns.  Despite the ongoing dispute, Eddy County is supporting the nuclear waste site near Carlsbad. "There are a hundred reasons why nuclear energy can play a massive role in the future of American power and prosperity.

Now that's a quantum leap! What are the generation figures looking like these days?

I've heard floating solar sometimes described as a solution in search of a problem-- perhaps the benefits it brings are modest compared with some...

Bob commented on ...
Why Is Solar Energy Getting 250 Times More In Federal Tax Credits Than Nuclear?

At $1.2/W for utility-scale solar, are you including the cost of the natural gas peaker plant needed to fill in the blanks, or are we assuming an...