Most Japanese Back Nuclear Power for First Time Since Fukushima 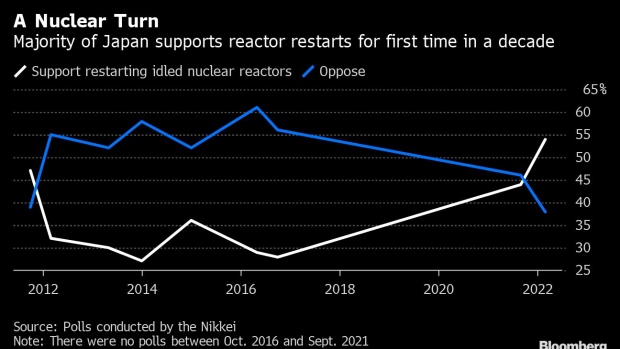 "(Bloomberg) - For the first time in more than a decade, a narrow majority of Japanese now support restarting idled nuclear reactors, according to a poll in the country’s top business newspaper.

The survey result marks the first time since the Fukushima disaster in 2011 that an increasing role for nuclear has been favored. It comes amid surging power prices and warnings of electricity shortages in Tokyo.

Some 53% of people said nuclear reactors should restart, if safety can be ensured, while 38% said they should remain shut, according to the poll conducted by the Nikkei. That’s up from 44% support for the restarts in a similar survey in September. The newspaper has been conducting semi-regular polls on the issue for more than a decade.

Japanese public opinion moved decisively against atomic power after the 2011 earthquake and tsunami resulted in the meltdown of three reactors at Fukushima, with most of the country’s operable nuclear reactors remaining shut. Russia’s invasion of Ukraine has pushed up energy prices globally, however, and a recent tremor in Japan took several gas- and coal-fired plants offline, leading to the first-ever electricity supply alert for Tokyo.

'There is a strong tailwind for nuclear power at this moment,' Nobuo Tanaka, a former executive director of the International Energy Agency, said in a Bloomberg TV interview on Monday. 'If Japan restarts nuclear, the country’s utilities could re-sell spare liquefied natural gas to Europe,' he said."

Image: Both units of Japan's Sendai Nuclear Plant were restarted in 2015, and continued to operate throughout two magnitude-7+ earthquakes in 2021.

Most Japanese Back Nuclear Power for First Time Since Fukushima

For the first time in more than a decade, a narrow majority of Japanese now support restarting idled nuclear reactors, according to a poll in the country’s top business newspaper. 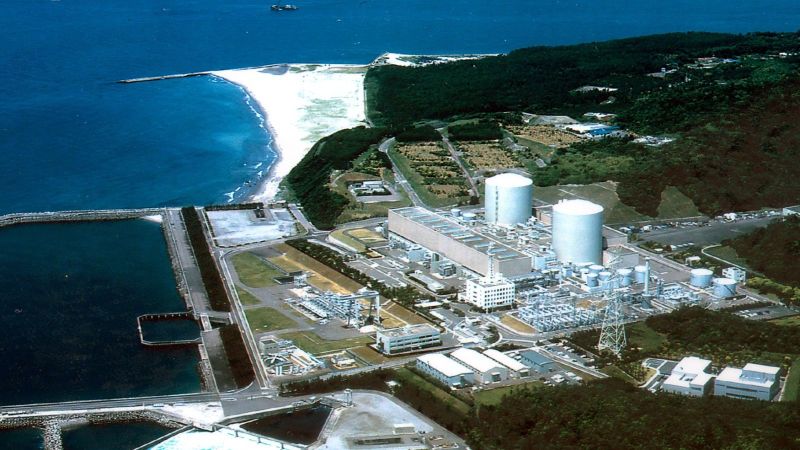