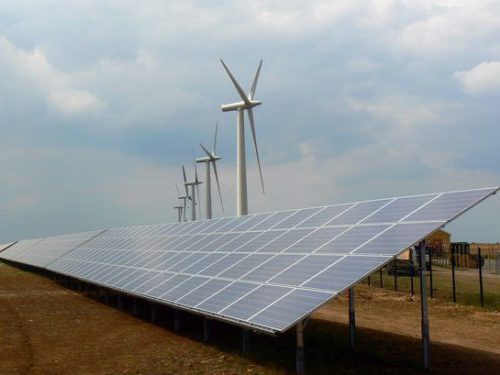 “The report’s findings clearly show that auctions are a crucial factor impeding the necessary exponential growth of renewables. This alarming trend jeopardizes international governments’ compliance with the climate targets agreed in Paris, as the shift to low-cost and technologically mature renewable technologies is key to reducing emissions to zero,” said EWG President Hans-Josef Fell. “In many parts of the world, renewables are now the cheapest source of power generation, but at the same time, the socio-economic benefits of renewables are not being reaped enough and investments in green energy are stagnating.”

El periódico cites data from the International Renewable Energy Agency (IRENA) showing a decline in renewables investment since 2017—and projecting the trend will continue into 2020/21 due to the COVID-19 pandemic. “IRENA has extensively studied the strengths and weaknesses of auctions and continues to analyze innovative designs that can achieve the multiple goals of acquiring renewable energy at the lowest price, maximizing socio-economic benefits, ensuring timely project completion, and supporting the integration of higher stakes of variable renewable energy in the system,” said CEO Francesco Le Camera.

Days before the El periódico report, and a couple of weeks before runoff elections in Georgia delivered a Senate majority to the incoming Biden-Harris administration, analysts at Wood Mackenzie listed the unilateral steps the next White House will be able to take to increase the share of electricity the U.S. generates from renewables over the next decade.

“Executive actions on their own could allow the country’s renewables to roughly double to about 37% of total generation capacity by 2030,” Greentech Media wrote last month. “Some of these are already part of Biden’s climate and energy plans, such as committing federal agencies to procure clean energy and improve energy efficiency, or expanding and streamlining renewable development on federal lands and federally-regulated ocean waters.”

Most of the US$690-million investment in a 37% target “is tied up in building out utility-scale and distributed solar PV and onshore and offshore wind farms,” Greentech adds, “along with a smaller but still significant investment in energy storage capacity to retain grid reliability as intermittent renewables replace fossil fuel power plants.”