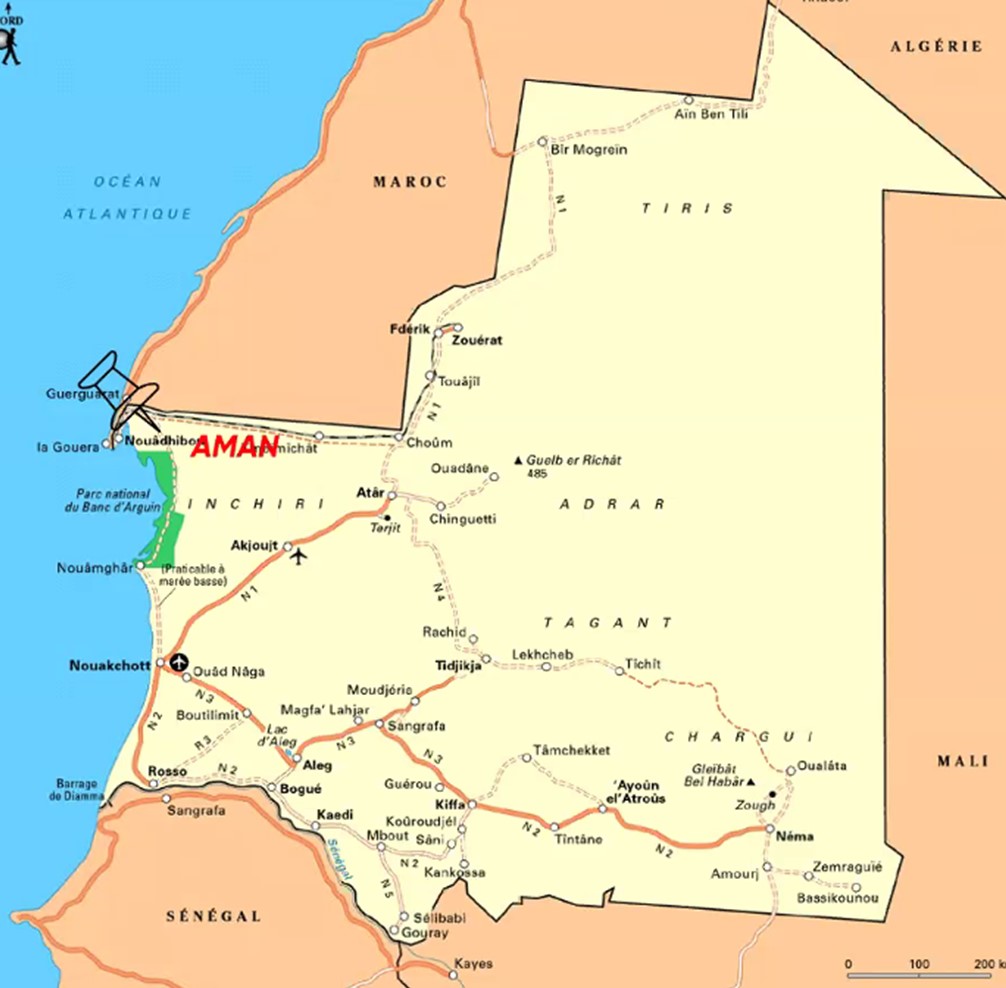 The AMAN project, located in the Dakhlet Nouadhibou and Inchiri regions of Mauritania, will include 18GW of wind capacity and 12GW of solar capacity. It will generate approximately 110 TWh at full capacity and is expected to produce 1.7 million tons per annum of green hydrogen or 10 million tons per annum of green ammonia for local use and export. By signing the Framework Agreement, both parties have deepened their commitment to developing one of the most ambitious clean energy projects under development on the African continent. This is an important next step following the signing by the two parties of a Memorandum of Understanding at the COP26 Climate Summit in Glasgow in November 2021, with the new Framework Agreement elaborating details on the anticipated development phases of the project, including land tenure, project design and principles of collaboration to guide the realization of the project. The project will unlock myriad local opportunities deriving from the sustainable generation of large-scale renewable energy, help to drive access to clean energy, clean water resources and the development of new green industries locally and for export.

A recent macro-economic study estimated the project could boost Mauritania’s GDP by 40 to 50% by 2030, and by 50 to 60% from 2035 onwards, including a boost to employment in industry by 23%, and a reduction in total national unemployment by almost a third by 2035.

Speaking at a Government Forum in Nouakchott, titled “Accelerating the energy transition and building a green metals industry in Mauritania”, His Excellency the Minister of Petroleum, Energy and Mines, Mr. Abdessalem Ould Mohamed Saleh, said: “We are excited to be taking a next step forward with this monumental project, which promises to deliver immense benefits not only for Mauritania but for key economic sectors globally as the world accelerates its journey to net zero by 2050 or sooner. 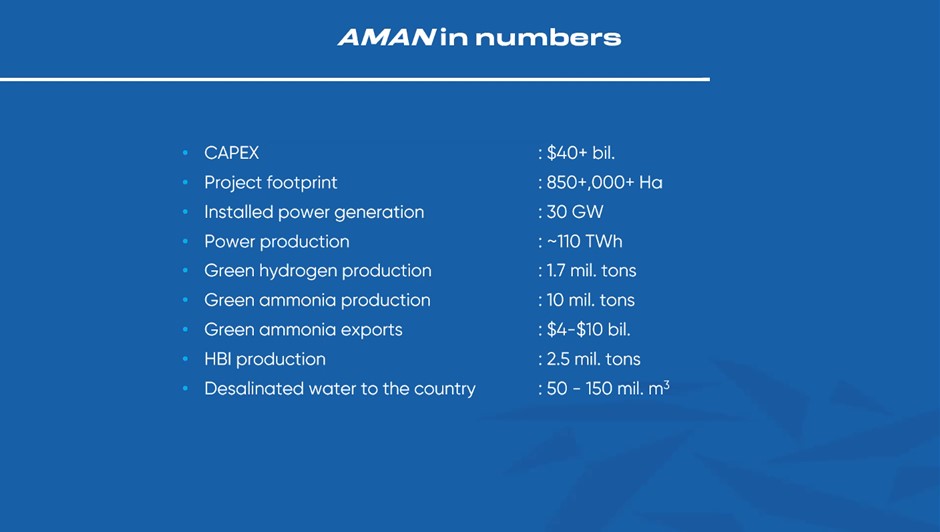 Mauritania’s ambition to become a frontier developer of green hydrogen and maker of green steel is supported by CWP’s global vision and its steadfast commitment to making the AMAN project a success for Mauritania, Africa and the world. The new Framework Agreement details the necessary next steps, which we will pursue in close collaboration with the CWP team.

The massive scale and ambition of the project, combined with CWP’s strong reputation for deep community engagement and forging successful long-term partnerships, give us the confidence that AMAN will be a game-changing project with many positive contributions to Mauritania’s economic development and sustainable growth.” www.cwp.global Mark Crandall, CWP’s Founder and Chairman, added: “This Framework Agreement is not only a sign that the AMAN project is entering its next phase of development, but also that green hydrogen is emerging as a key tool in the energy transition – both for its potential to boost investment in host regions, and for its promising role in decarbonizing heavy industry.

The Framework Agreement sets a course for building the project so that production and export of green hydrogen can begin before the end of the decade.” In addition to its massive green hydrogen and green ammonia potential, AMAN will also provide cheap electricity, as well as over 50 million m3 of fresh water to local communities and agriculture, obtained from desalination of ocean water. A pilot project will also work to provide 60 hydrogen transport buses for public use, with zero emissions.