Mass storage is a solved problem Very large-scale storage is required for an energy system based upon variable solar and wind.

There already exists a highly credible, off-the-shelf, low-cost, low-environmental-impact energy storage technology that is unconstrained by raw material availability, that has already been deployed at a scale of 200 GW, and that is available at unlimited scale nearly everywhere. This technology is Pumped Hydro Energy Storage (PHES).

There is a twist: nearly all the good PHES sites are located away from rivers, for the simple reason that most of the global landscape is not near a river.

PHES can be readily scaled to any required storage capacity at a known and affordable cost. Future storage technological development may further reduce the cost of storage. However, existing PHES technology sets a robust upper bound on the cost of storage that is already highly affordable and highly available in almost every country.

Companies and governments can confidently proceed with Terawatt-scale deployment of low- cost, variable solar and wind in the knowledge that at least one highly credible, scalable and affordable energy storage technology already exists. No arm-waving is required about future cost reductions, and there are minimal resource constraints.

Off-river PHES involves pumping water uphill from one reservoir to another at a higher elevation for storage. When power is needed, water is released to flow downhill through turbines, generating electricity on its way to the lower reservoir.

For example, a pair of 100-hectare reservoirs with 20-m average depth, spaced a few km apart, connected with a tunnel, and with an altitude difference of 600 meters, can store 24 Gigawatt-hours (GWh) of energy, meaning the system could supply 1 Gigawatt of power for 24 hours.

The reservoirs can be constructed in hilly country away from any river, or could be existing lakes or reservoirs. Because most sites are away from any river, there is no need for flood control or new dams on rivers. The annual operating cost is low, and the system lifetime is 50-100 years. The working fluid is water. There is no requirement for difficult materials such as lithium and cobalt.

Hour-by-hour analysis over many years of several countries suggest that storage of about 2 GW of storage power for one day (50 GWh of storage energy) per million people is sufficient to support a 100% renewable energy system in an affluent country, depending on a range of local factors. The land and water requirement is very small: in the range of 4 m2 per person and 4 litres per day per person respectively.

The future of PHES

Little pumped storage has been built in recent years because there hasn’t been much need, but that’s changing. In 2021, about three-quarters of all new power capacity was either solar or wind. Costs are falling, making solar & wind cheaper in most areas than fossil fuel energy.

Australia is installing solar and wind 2-3 times faster per capita than the U.S. and generates twice as much solar electricity per capita as the next most "solarized" countries (Netherlands, Germany, Japan).  Australia is already facing the need for mass storage. It has three existing PHES systems; two new PHES systems are under construction (Snowy 2.0, Kidston) that have more energy storage than all the utility batteries in the world put together; and another dozen are under serious consideration. None involve new dams on rivers.

The Australian experience is highly replicable since it relies on cheap, mature technology from vast production runs that utilize vastly available resources. The US looks much like Australia (except 13X bigger population) and may follow the path that Australia is on, driven by similar market forces.  In particular, off-river pumped hydro offers unlimited, mature, low-cost storage potential with low environmental and social costs. 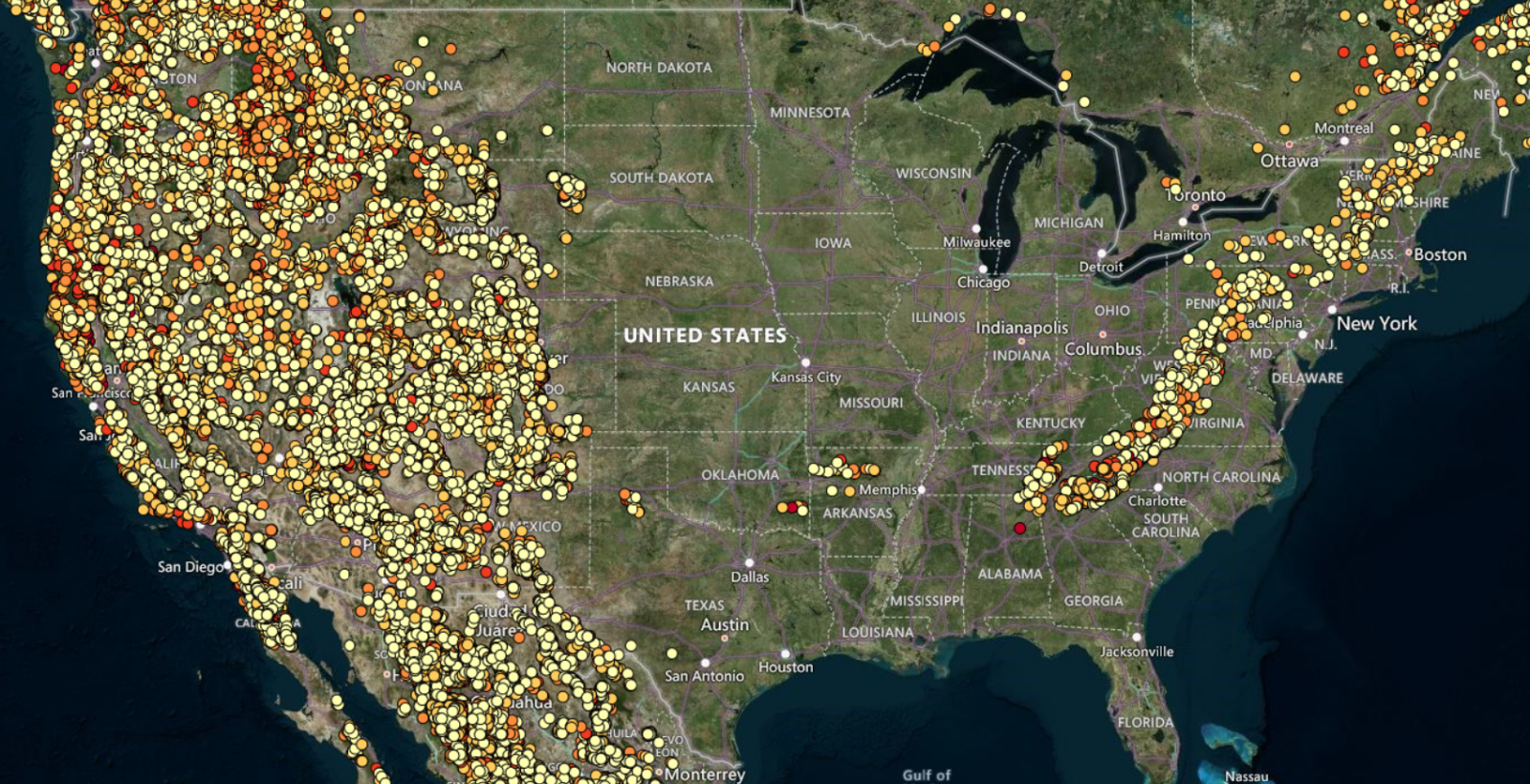 Thousands of 50 GWh pumped storage sites, including in unlikely states such as Texas, Alabama and West Virginia

Pumped water storage is great. But it doesn't respond quickly and it takes a lot of energy to store the water. It really works much better is paired with Battery Storage. Then you get the quick response of Battery Storage and the long power output of the hydro storage after it is released.

Actually, pumped storage responds in a few tens of seconds to minutes. This is plenty fast enough for almost all purposes, noting that weather systems take hours to cross a state. It also offers mechanical inertia and black start capability.

Sometimes its advantageous to top up flat batteries, but only when the advantage outweighs the double round trip storage loss.

FYI. The environmentalists are knocking down the dams.

You've missed the point. These are off-river sites. There are no dams on rivers to knock down.

The impoundments typically require some form of dam or structure to hold water. One actually failed spectacularly in Missouri.

There are no rivers in sight. The amount of stored water is very small compared with river-based reservoirs - about 1 GL per GWh of storage.

There are vast numbers of water-holding structures around the world. Sometimes someone or something stuffs up.