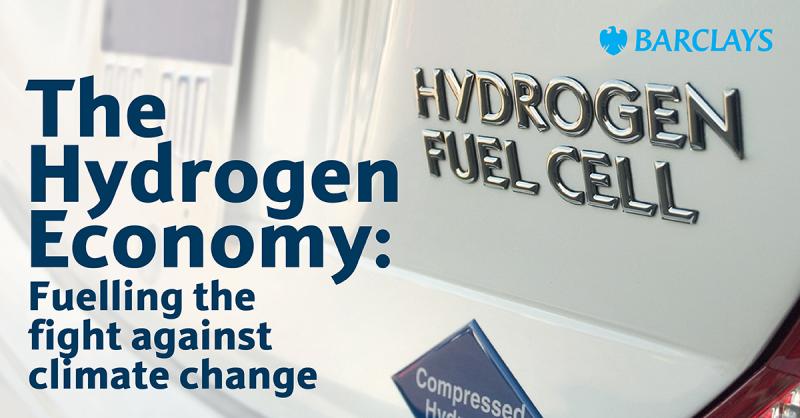 The new Hydrogen Economy - a practical guide for market entrants |...

As demand for scalable alternatives to fossil fuels intensifies, hydrogen is gaining momentum as a means to decarbonise hard-to-electrify parts of the global economy.

Not being an "authorized client of Barclay's Investment Bank", I don't have access to the full report. However I wasn't blown away by the summary information posted. Nothing really wrong with it that I can see, but rather lightweight. It doesn't touch on many of the more interesting and critical issues relavent to the future course of the hydrogen economy.

Example 1: no mention of the "blue vs. green" hydrogen issue and how it ties in with carbon pricing, CCUS, future directions for the oil and gas industry, and implications for political support in the "fight against climate change".

Example 3: the summary's first role for hydrogen, "renewable energy storage", says nothing about the competition between hydrogen and storage batteries for that role. It doesn't mention how storage requirements change for hourly, daily, weekly, and seasonal time scales.

I could go on, but I'd need to read the full report to comment meaningfully. Perhaps it has interesting things to say about all the points I've raised. All I can really say here is that if the summary is representative, then I think Barclay's could do better for its clients.

page365 commented on ...
Readers’ letters: The potential of Shetland, issues with renewable energy and sewage leaks
Thats awesome! Thank you for helping us to know more about that.