Hi, my name is Christopher and I have been working in Walmart in Illinois for over 5 years. Since childhood, I have loved various gadgets, especially to disassemble them. Collecting, of course... 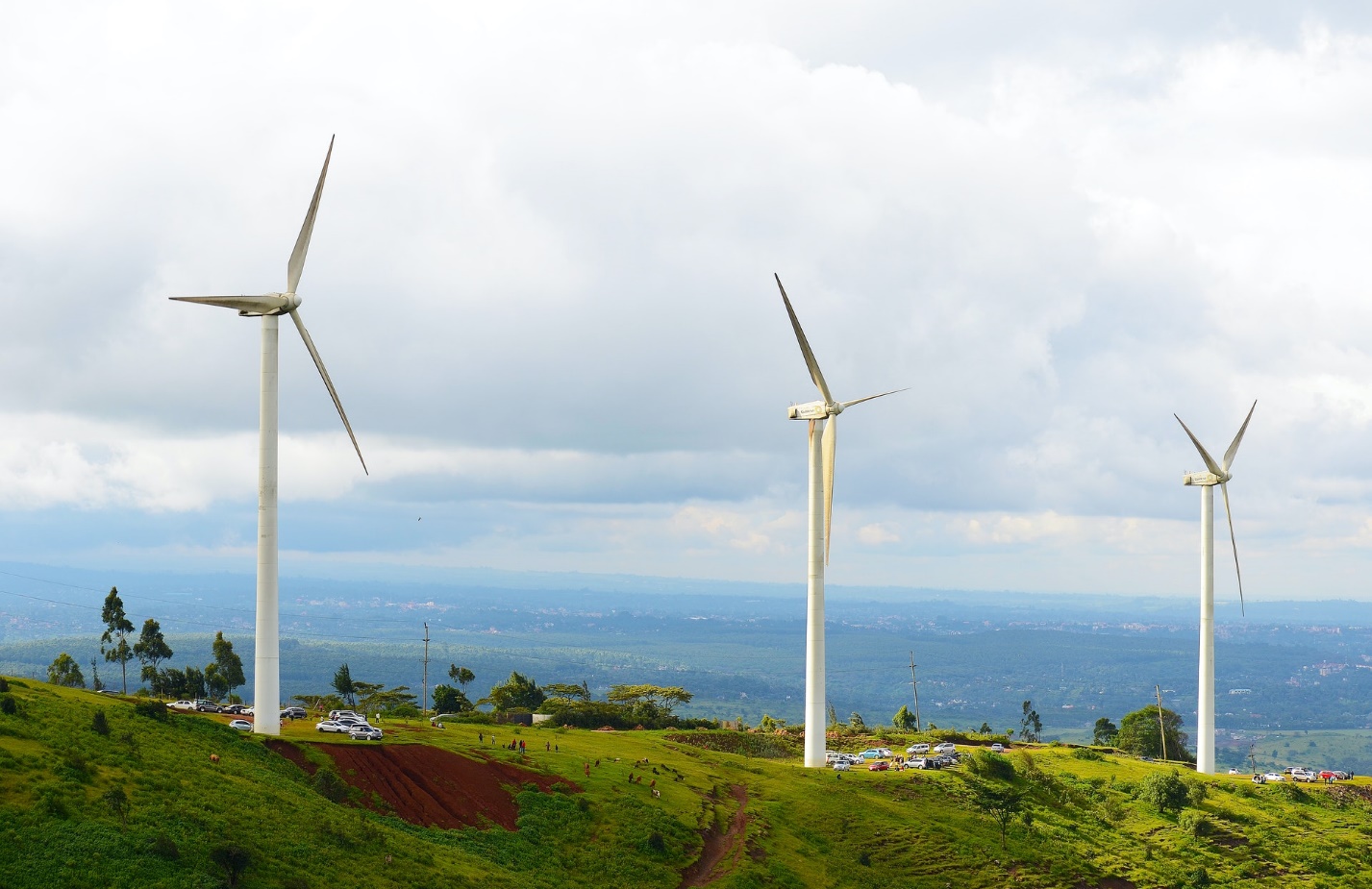 One of the most promising industries involved in generating alternative energy is wind power. While traditional fields, mostly focused on the burning of hydrocarbons (our planet's non-renewable fuel resources), are continuously polluting the environment, this ever-evolving industry uses virtually endless wind energy, without causing much damage to nature.

This is not to say that it is completely safe and infinitely efficient. Like any technical project, it has its disadvantages. But at the same time there are undoubted advantages, overcoming the problems that arise. This is why wind power is booming today, causing the world's leading experts to talk about multiplying its share in the total global energy balance.

Despite the fact that regions with high wind potential (the total amount of which is estimated at 170 trillion kWh - equal to 8 times the power consumption of the entire world economy!) with average speed of air flows exceeding 9 m/s include:

The greatest success in the use of wind energy today is demonstrated by China.

The path to the goal that has led to outstanding achievements in wind power. Causes, figures, and facts

According to one source, dated December 5, 2021, - the capacity of all wind farms in China has reached 302.2 GW. In this connection, it is interesting to note that such achievement was caused by the end of the term of government support for such projects, which expires at the beginning of 2022. We can only hope that the Celestial Government will be able to find a decent alternative to measures that provide financial bonuses to players in the wind energy market. Especially since the program, which ends next year, provides for bringing the total capacity of all wind and solar power plants in the country to 1200 GW by 2030 (previously it was planned to achieve such an indicator by 2034).

Optimistic forecasts say that already by 2027 the total capacity of wind farms of the Celestial Empire can reach 485 GW. Everything started back in 1983 when the country purchased three Vestas wind turbines of 55 KW capacity each from Denmark. In 1986, 13 more Bonus wind turbines were added. In the following year, 1987, the total capacity of wind power (WEP) in China reaches 14 MW.

Since then, the national government has taken a number of steps to develop wind power:

As a result of a series of titanic efforts that have led to significant successes in the development of wind energy, China receives a grant from the World Bank (numbered LN 440 CHA in 1999) to further develop alternative energy facilities.

Here we must pay tribute to the enterprising nature of the Government of the People's Republic of China, which was able to immediately provide a number of tax incentives for the import of technological equipment!

And this was just a preview of the coming events of the XXI century, which brought the Celestial Empire to the number of absolute world leaders in the creation of a huge network of wind power plants

It was at the crossroads of the millennium that the small-scale wind energy sector began to gain momentum, with 160,000 small-scale wind turbines (up from 140,000 in 1995) installed in rural areas in the year 2000.

2001. Specialized centers are opened to sell wind turbines to the public. It is necessary to note, that the country's government staked on the growth of small wind power engineering, intended for rural areas, which in no way prevented the parallel development of large wind power engineering, which provides the provinces of the state with much-needed electrical energy. Capacity of Chinese wind turbines reaches 340 MW (by comparison: in neighboring India at the beginning of 2001 it was 1220 MW).

2005. The capacity of wind energy reaches 1260 MW. The Renewable Energy Act enters into force. The share of wind turbines in the total power generation of the country reaches 0,17%.

Such dynamics has allowed the Celestial Empire to firmly hold the world leadership in wind power generation for the last 11 years. Moreover, if previously foreign representatives dominated the wind power market, now the situation has fundamentally changed.

27 out of 67 companies which produce wind power generation equipment in China are state-run. The country cares about its manufacturers.

According to the previous legislation, 70% of the equipment of any wind power plant had to be Chinese. The most surprising thing is that this requirement was cancelled in 2010 due to the fact that all wind turbines built in the country originated 100% from their own country.

By the end of 2019, the third place in the list of the world's largest manufacturers of wind turbine generators was held by the Chinese company Goldwind, which managed to place its products in 20 countries with a total capacity of 41 GW. Another manufacturer from the Celestial Empire - the company MingYang Smart Energy - not so long ago started building the world's largest wind turbine generator with capacity of 16 MW. The Myse 16.0-242, with a height of over 250 meters, is now 2 MW higher than the previous leader, the Haliade-X generator from General Electric, which is in operation in France. 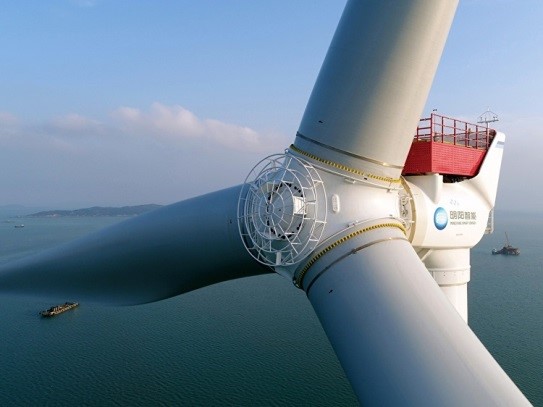 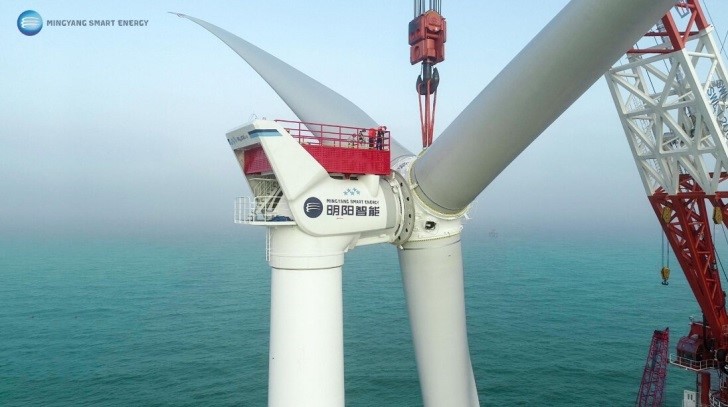 So far this is only a prototype, which is planned to be put into operation by the first half of 2023. But already in 2024 it is planned to commercialize a project aimed at serial production of this kind of installations with the aim of placing them in America, Europe and Asia. The company's representative office in Hamburg, Germany, has already started building an order book for high-capacity wind turbines.

China, which according to the Institute of Climate Science has wind potential of 3.22 mw -- of which 1 mw is developing technically -- is likely to expand further in Inner Mongolia (40% of capacity) and the Xinjiang Uyghur Autonomous Region. This is facilitated by the strategic state program that envisages allocation of 14 trillion yuan for construction of new wind power plants until 2060.

Although even at this stage China is breaking one record after another, occupying the leading position both in the global energy sector. Wishing thereby to implement its own program of withdrawal from traditional - hydrocarbon energy sources, providing for obtaining 70% of electricity production from renewable sources by 2060.