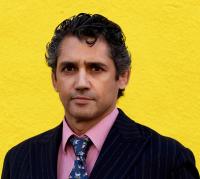 I founded Green Power in 2003 after growing concerned about climate change and believing that renewables were coming of age (I was probably 10 years early). We have since successfully run over...

Italy – The Return of the Rising Clean Energy Star Italy, the Eurozone’s 3rd largest economy, is again becoming a very interesting market for clean energy project development, a decade after the initial boom. With impetus driven by both the fall in clean energy technology costs, that have made unsubsidised projects feasible, and the EC Commission’s new Renewable Energy Directive II. The Italian Government is aiming to develop a pipeline of 30GW of solar and 10 GW of wind over the coming decade to take solar and wind power infrastructure up to a total 70GW of peak capacity installations to ensure 54% renewables in their electricity mix by 2030.

Italy is blessed with strong solar irradiation, especially in the south and good quality wind along both it’s 7800km of coastline and it’s high proportion of mountainous land (40% of Italy is mountainous). Italy is not an easy country to do business in and does require specific, detailed understanding and indepth knowledge. The rugged geography is made further challenging by the infamous Italian bureaucracy with 20 regions (some fairly autonomous) adding a level of environmental planning and permitting beyond the National agencies. As part of the RED II directive require member states to implement streamlined procedures for permitting and grid connection for repowering projects, and include repowering in national renewable energy targets and to create a functioning market for PPA’s.

The Senate Environmental Committee has been debating prohibiting the use of land deemed agricultural for the use of large scale solar farms with countryside protection groups like Italia Nostra claiming the prevalence of money laundering and corruption in large projects. According to Italia Solare, the Italian Solar Association, 53 GW of large scale PV capacity by 2030 would occupy only 0.64% of Italy’s agricultural land. There is lots of poorly used land and suitable sites for solar that do not damage the countryside or reduce agricultural productivity. Indeed newer systems of agrovoltaics can see agricultural integrated with solar and wind creating win-win-win scenarios.

It is yet to be determined how many projects the government, sees being derived from land and how much from rooftops.

Financing and the Economy

The economy has been hampered by a lack of dynamism and growth has been non-existent for the best part of a decade, yet the country has just announced the end of the 3rd recession of the decade with growth register in Q1 2019. Italy does also have some of the highest electricity bills in Europe so plenty of margin for new projects to return investment. Now with excitement rising in the sector, growth is back for renewables but certain key challenges remain. Namely is the domestic banking sector that is clogged up with bad debt that it must somehow unwind, without rupturing the fragile, zero growth economy. It is therefore likely that foreign specialist debt and equity financiers are to be the major movers in helping fund the energy transition and several are comfortable with the current political risk in the country. People pay their electricity bills in Italy.

Since the first renewables boom of 2006-12, a lot of high quality Italian developers and executives have continued to gain international experience in emerging markets, especially in Latin America. This body of experience should not be overlooked and it will ensure high quality projects get built. In early June, 25+ leading project developers will be amongst the 200+ strong crowd meeting in Milan’s beautiful Four Seasons Hotel to discuss the energy transition, financing, new project pipelines, PPA’s, asset management and O&M.