"We must control global warming because, left unchecked, climate change could ruin human civilisation. We know the solution – we must effectively eliminate human-induced greenhouse gas (GHG) emissions into the atmosphere, principally carbon dioxide (CO2) but also methane and other gases.

These shortfalls could be made up by stepping up nuclear power that emits little or no GHG in operation but there is little enthusiasm for recruiting this option. Indeed, several European Union countries plan to phase out nuclear energy by 2030.

The 2016 Paris climate agreement set GHG emission reduction targets designed to limit global warming to less than two degrees above pre-industrial levels, and preferably less than 1.5 degrees. However, the world is failing to meet these GHG reduction targets. Ireland has performed particularly poorly, recording the third-highest CO2 emissions per capita in the EU in 2018. However, the Government has just published a Climate Action Bill committing the country to achieve carbon-neutral status by 2050."

The longer we wait to make expansion of nuclear power our #1 priority, the harder our job will be. 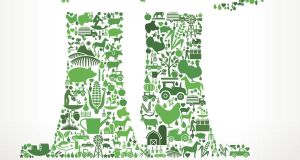 We scream from the rooftops that we need nuclear in order to meet the aggressive climate goals proposed by activists and agreed to by governments, but nuclear still feels very far from being a realistic solution, especially with the EU planning to phase out the source completely by 2030. What needs to really be done in order to make nuclear viable? Its low-to-no GHG emission seems well known, yet there appears to remain little buy-in.

"....especially with the EU planning to phase out the source completely by 2030."

France, Sweden, and Belgium have each decarbonized electricity by 75% in less than 15 years thanks to nuclear power - a feat unmatched by any other source of energy.

"What needs to really be done in order to make nuclear viable?"

Nuclear has always been viable in Russia:

In both countries nuclear capacity costs one-fourth the price it does in the U.S. Permitting a single public-private consortium to design and build new plants prioritizes energy that's best for each country, not what's most profitable in the short term.

Ulimately in the U.S. we need to choose between casting our fate to market forces, or preventing changes to climate that will last at least 100,000 years and likely wipe out the human race:

"The ongoing sixth mass extinction may be the most serious environmental threat to the persistence of civilization, because it is irreversible. Thousands of populations of critically endangered vertebrate animal species have been lost in a century, indicating that the sixth mass extinction is human caused and accelerating. The acceleration of the extinction crisis is certain because of the still fast growth in human numbers and consumption rates. In addition, species are links in ecosystems, and, as they fall out, the species they interact with are likely to go also. In the regions where disappearing species are concentrated, regional biodiversity collapses are likely occurring. Our results reemphasize the extreme urgency of taking massive global actions to save humanity’s crucial life-support systems."

Yes - it really is that bad. Time for Mommy and Daddy to put the renewable toys away and commit to abundant, clean power that can get the job done.

UK Low Carbon Hydrogen Standard
Social cost of co2 emission
Net Metering: A Missed Opportunity for Utilities to Embrace Distributed Energy Resources
What aspect of the IRA may be the most critical? A hint: it isn’t the ITC or PTC.