Integrating DERs (and managing ducks) are easier with a converged FAN

image credit: Approved to Use

Hansen Chan is a Senior Marketing Manager of IP Routing and Transport portfolio with special focus on industries segment. He has over 25 years of protocol testing, packet network design and...

According to the latest World Economic Forum report on The Future of Electricity[1], electric grids are in the midst of a disruptive transformation. One of the three trends powering the transformation is decentralization, spurred by the rapid uptake of distributed energy resources (DERs) like PV, wind and energy storage. The adoption is not only by residential customers who yearn more green energy. Many communities are also looking to build microgrids and connect communal DER assets that are completely separate from the grid.

The high adoption rate offers many opportunities and challenges. While DERs play a key role in transitioning the grid to become sustainable, however, due to the volatile nature of the way power is generated, DERs can affect power quality and even cause grid instability. This challenge is epitomized by the duck chart, which just passed its 10th anniversary this year[2]. Named after its distinctive shape, it is an iconic curve showing an imbalance between peak demand and solar energy production over the course of a day. At midday, there is a deep drop in net load caused by an oversupply of solar power, while net load increases steeply starting in the late afternoon as solar power fades and demand increases. Therefore, there is a pressing need to attain precise real time oversight of power flow between the secondary substation and customer meters so that the operator can monitor the performance, health and safety of the grid.

Deploying a field area network (FAN) to enable communications for new, intelligent distribution automation is one way to tackle the challenge. For example, utilities can use distribution synchrophasor monitoring, installing distribution phasor measurement units (D-PMUs) at different points on feeder circuits below the same substation to measure voltage and current, as well as estimate the actual generation and the amount of load offset behind customer meters. The FAN then transmits the measurement to phasor data concentrators (PDC) in the operations center.

However, the way FANs have been deployed to date complicates efforts to create a more responsive distribution. To support different grid applications, some utilities have deployed discrete, purpose-built FANs based on technologies that are either narrowband, proprietary, or using unlicensed or lightly licensed spectrum. For example, a utility may have one FAN for advanced metering infrastructure, another for line monitoring, and now a new one for synchrophasor. Each FAN is typically based on different networking technologies and requires its own specific maintenance and support processes.

As a result of this deployment approach, many utilities are now saddled with multiple discrete communications networks that must be managed and maintained separately. This creates higher operational and maintenance costs. It hampers control, co-ordination, and communications between various grid applications. It becomes a barrier to application integration. And it stalls future innovation.

A converged FAN (Fig. 1) built on LTE and IP/MPLS (multi-protocol label switching) broadband technologies can break down today’s FAN siloes. By connecting all grid applications, a unified FAN can foster integration of current grid applications like advanced metering infrastructure (AMI), and new ones including synchrophasor and FLISR to make the grid intelligent and responsive. Consequently, power utilities can integrate green energy seamlessly and manage distribution grids proficiently to resolve the duck curve’s imbalance between energy production and consumption during the day.

The technology foundation for converged FAN is already in place. Utilities worldwide have already deployed IP/MPLS technology in their mission-critical wide area networks (WANs). By coupling with LTE, a global and standard-based broadband cellular technology using licensed spectrum, utilities can extend IP/MPLS wirelessly from the WAN to the FAN to interconnect field devices with control and management systems in substations and operations centers. Ultimately, by providing anywhere-to-everywhere FAN/WAN broadband connections, a converged FAN enables meshed machine-to-machine and future Internet of Things (IoT) communications. In the meantime, it can play an integral role in managing the ducks more proficiently. 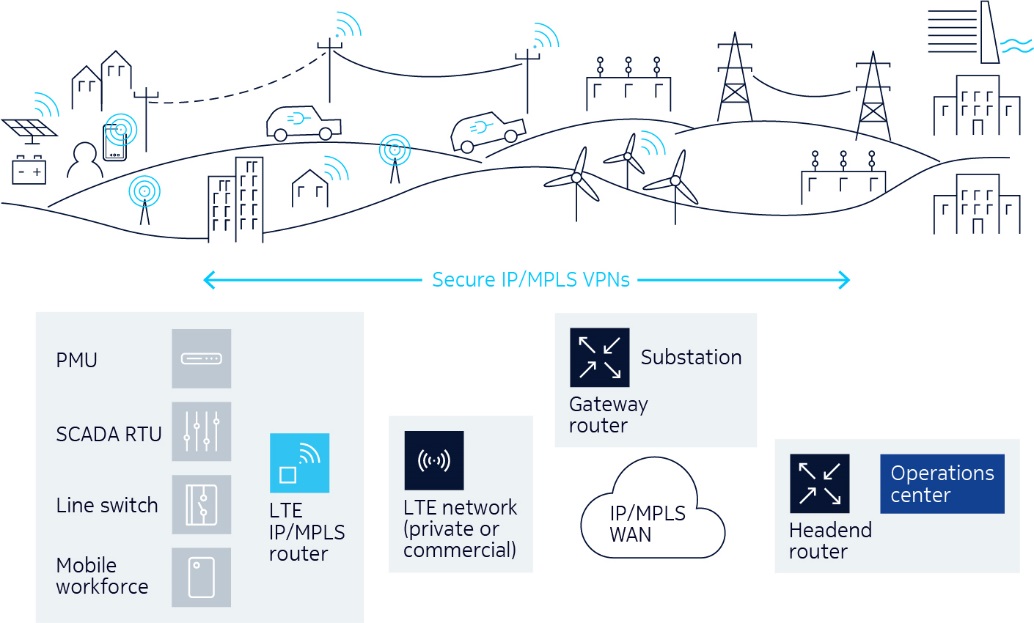 What an interesting progression of technology-- do you have additional suggested reading to learn more, Hansen?

Thx for your message. If you are interested to learn more of FAN and private LTE technology, you can

2. check out this whitepaper I wrote: https://resources.nokia.com/asset/200750