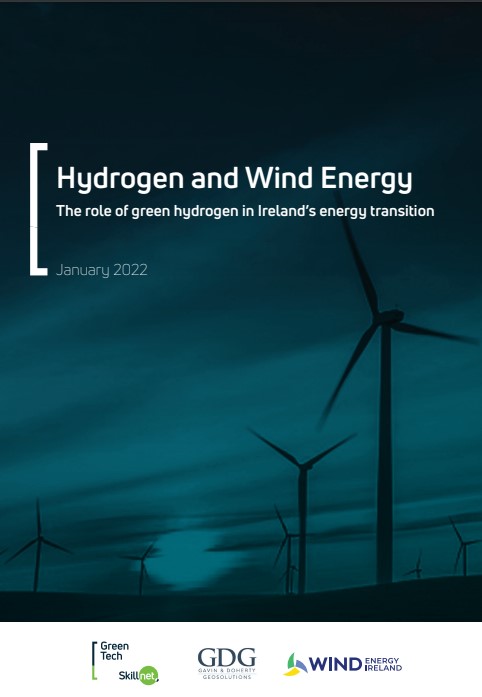 Ireland will not achieve its target of net zero carbon emissions by electrification alone [35] but, with the right policies in place, existing technologies such as electrolysis and wind power can contribute significantly to the achievement of this goal.

Why should Ireland be interested in green hydrogen? The recent Intergovernmental Panel on Climate Change (IPCC) report includes stark warnings for the world to urgently reduce its GHG emissions [1]. As a developed country, Ireland must lead the way and implement economy-wide measures to hasten its transition to a carbon-neutral economy [3]. Much of the progress made to date has been in the renewable electricity sector [17] but the majority of the country’s on-demand energy needs cannot be easily electrified [17,38]. Even with considerable advances in technology, sectors such as shipping, aviation, and heavy transport will continue to rely on energy-dense fuels [66].

Decarbonising industry also requires a switch away from fossil fuels to renewable options [35]. Hydrogen has emerged as the best available option for decarbonising these sectors. Blue hydrogen, which is produced using fossil fuel generation, is expected to soon become cost-competitive with existing fossil fuels [45,47], but the sustainability of the process remains questionable due to methane leakage [48] and residual carbon dioxide emissions [39]. Green hydrogen, which is produced by the electrolysis of water, has zero production emissions when renewable electricity is used. The key strengths of green hydrogen are its versatility and scalability; it can be used directly for energy or in place of fossil fuel feedstocks. By utilising indigenous renewable electricity, green hydrogen would also boost Ireland’s economy and improve the country’s energy security [13].

Though 2-3 times more expensive than blue hydrogen51 [49], green hydrogen has many co-benefits such as acting as high-capacity energy storage, linking the transport and electricity sectors, and enabling wind and other variable renewables to generate large emissions reductions [35,39].

Delaying green hydrogen for the promise of sustainable blue hydrogen would be a high-risk strategy and inconsistent with EU policy [57]. It is also worth noting that green hydrogen would only represent part of a net zero energy system, and begin to play a greater role only as the decarbonisation targets and VRG penetration levels increase [52]. Is offshore wind a suitable electricity source?

However, there are significant advantages to this pairing [39]. Ireland has abundant offshore wind energy resources which could be used to produce vast quantities of green hydrogen. Further, green hydrogen could provide a route to market for offshore wind farms which may not otherwise be developed due to difficulties in accommodating the resulting electricity on the grid [19]. Green hydrogen would also enable emissions reductions 51

As outlined in this report, the cost difference depends on several factors, the most important of which is the timeline. 5 Discussion and conclusions The role of green hydrogen in Ireland’s energy transition 38 beyond the electricity sector without adding to the requirement for additional interconnection, storage, grid improvements, and curtailment [19,27]. This would be particularly advantageous, given the explicit support for such configurations in both the EU Hydrogen Strategy and Renewable Energy Directive [9,57].

Connecting renewable electricity such as that produced by offshore wind turbines to hydrogen production increases the rate at which the technologies can be rolled out and allows for greater levels of installed capacity [22]. Although their pairing is unlikely to emerge naturally, offshore wind appears well-suited to green hydrogen production, given the wider system benefits.