"Hundreds of cubes of Nazi uranium produced as part of the German nuclear research programme went missing after the allied victory in Europe, but now scientists have developed a new way to identify them when they show up.

The race to develop nuclear technology was a critical venture during the Second World War, though nuclear weapons never entered into the conflict in Europe, and more than a tonne of the radioactive metal was hidden in secret laboratories throughout Nazi territory.

Now, new techniques to identify these uranium cubes have been presented at a meeting of the American Chemical Society, and could help investigations into the illegal trafficking of nuclear material.

Although the Nazi nuclear weapons programme had a two-year head start on the US effort, it never escaped the laboratory, in large part due to the regime's politicisation of academia which caused many researchers to flee the country or defect to either the US or Soviet Russia.

During the early 1940s, there were several German scientists who were competing to exploit nuclear fission to contribute towards the war effort."

Although the Nazi nuclear weapons programme had a head start on the US effort, it faltered due to the regime's politicisation of academia which caused many researchers to flee the country or defect to either the US or Soviet Russia. 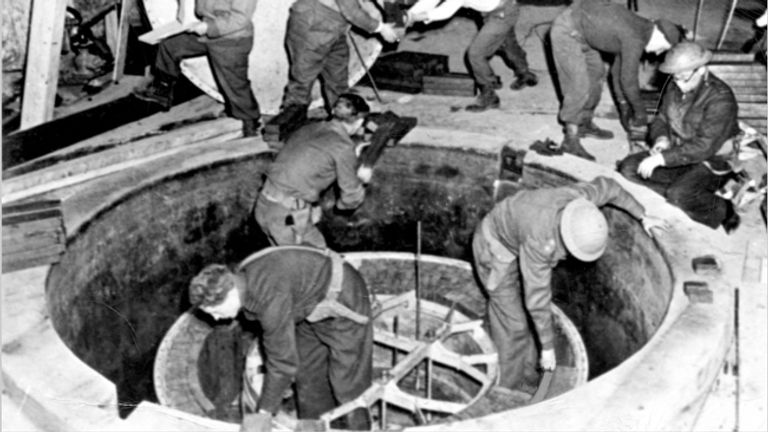 Westinghouse Files for Vendor Design Review with CNSC
Beware of starving the enemy of oxygen....
Oswego nuclear plant looks to the future, will be first in U.S. to make hydrogen
100% Clean Electricity by 2035?